After buying the 'Art of Avatar' over Christmas ive been holding off making anything yet. I think I need a break from my halo project so now is the time for some 3D practice.
Ive been looking through the art book and have decided to model the 'Samson' . This has the same sort of role as the huey/blackhawk, it looks similar to the gunships in the film but is much larger and has a small troop bay. Im modelling a 'Samson II' (this is a placeholder name until I think of another) as I want to add a few details that where not present on the movie version such as doors etc. Basically this will be a much heavier beefier version not sure of its exact role yet maybe pavelow/hawk? Started on this already but nothing worth posting yet maybe tomorrow. Had hoped to have something ready but haven't had time. 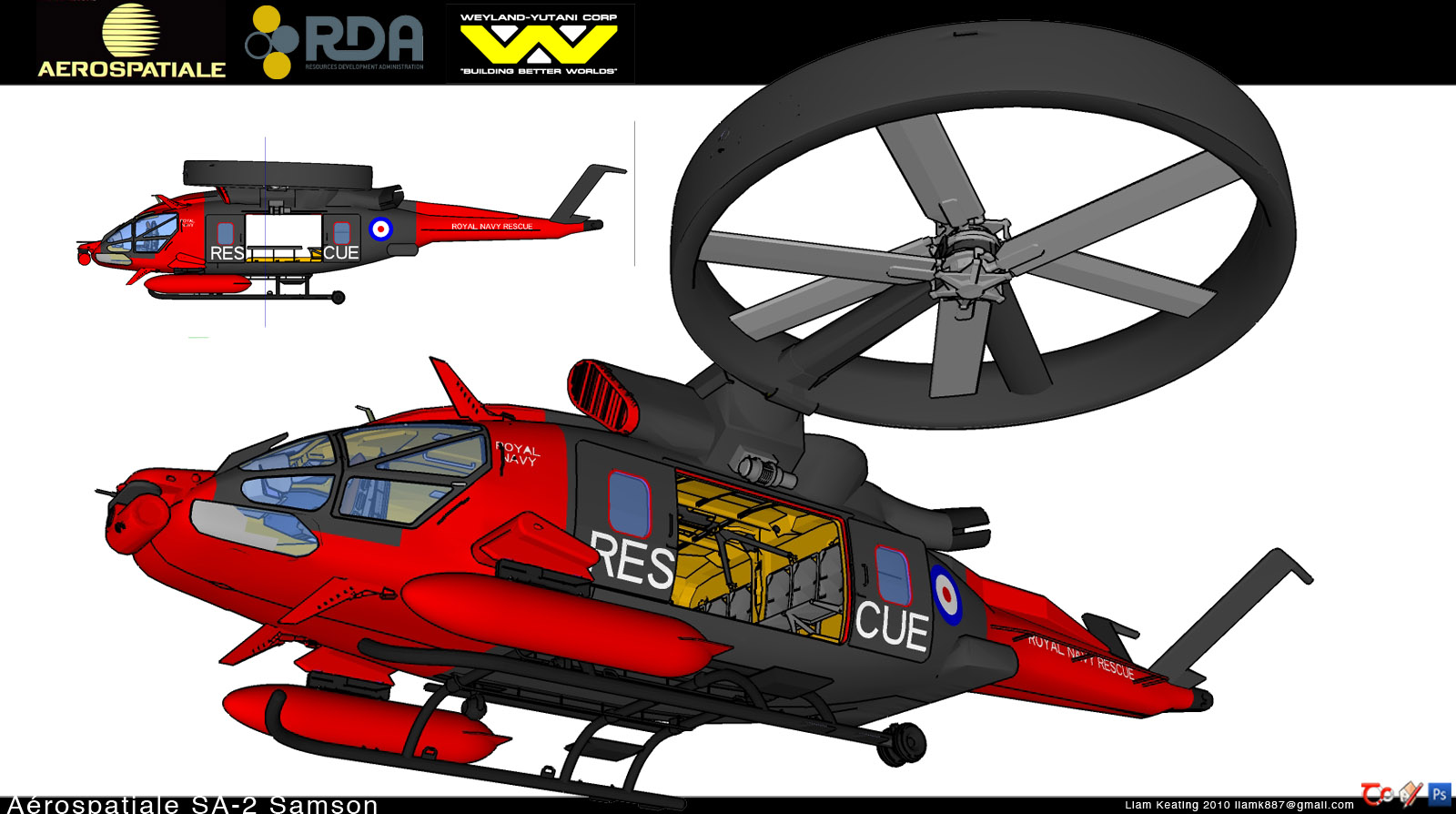