After a long break a new thread...

This ship is my latest WIP. The modelling is finished. I might add some smaller details if I get the impression that areas of the ship need an artistic refinement but the main task of this now public WIP will be texturing.
I won't bother you with a verbose background story for that ship (in fact there is a future history plot) but if someone is interested here are some informations: The basic ideas were taken from nyraths famous web site "the atomic rocket page". Whenever it was possible I kept with the principles of real life physics. So there is no artificial gravity, no inertia dampers or other kinds of magic handwavium like FTL travel. Engines, sensors and weapons systems are as realistic as possible. The ship is 287m long and has a crew of 30. The frigate has an abundance of extremly sophisticated avionic systems so there is no need for a larger crew. In principle it could fullfill it's tasks on its own controlled by its advanced and sometimes rather headstrong AI... 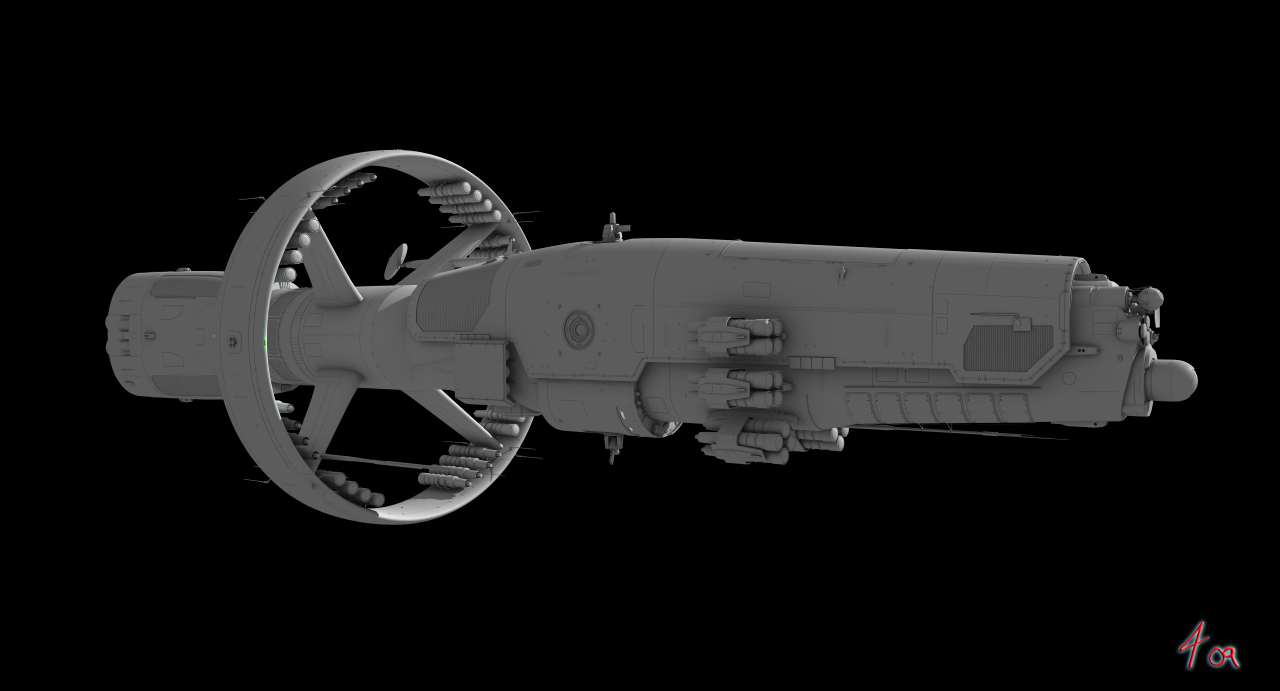 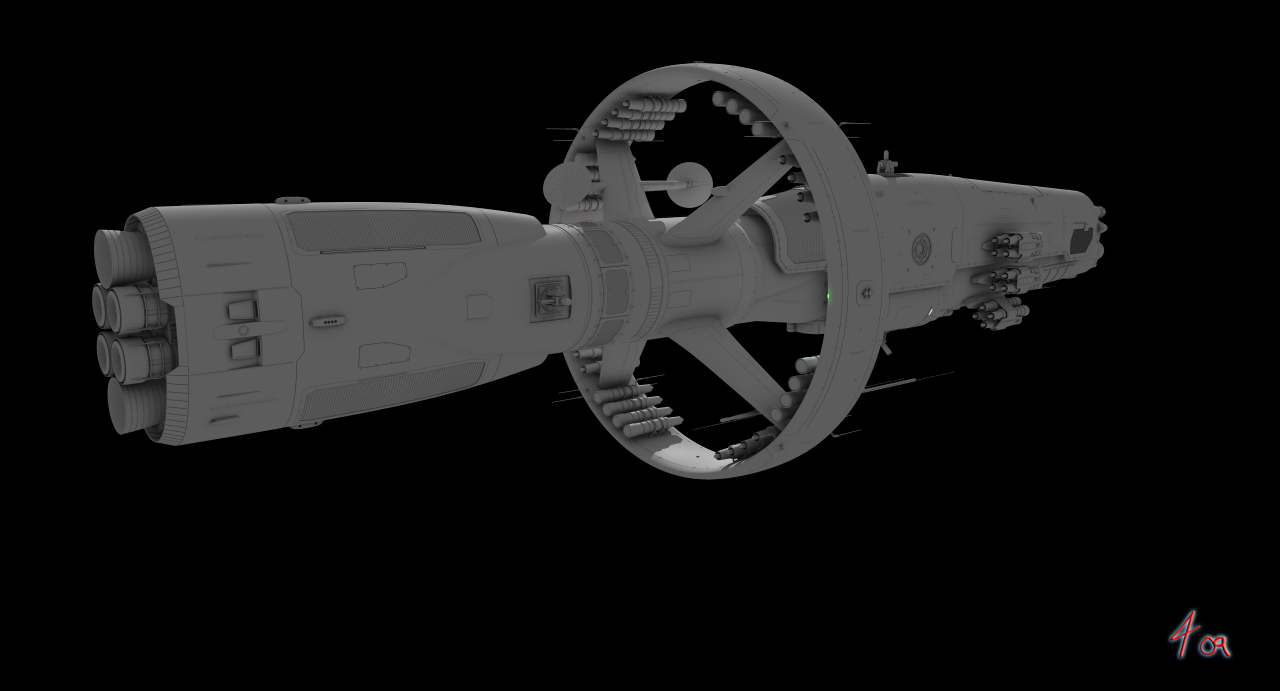 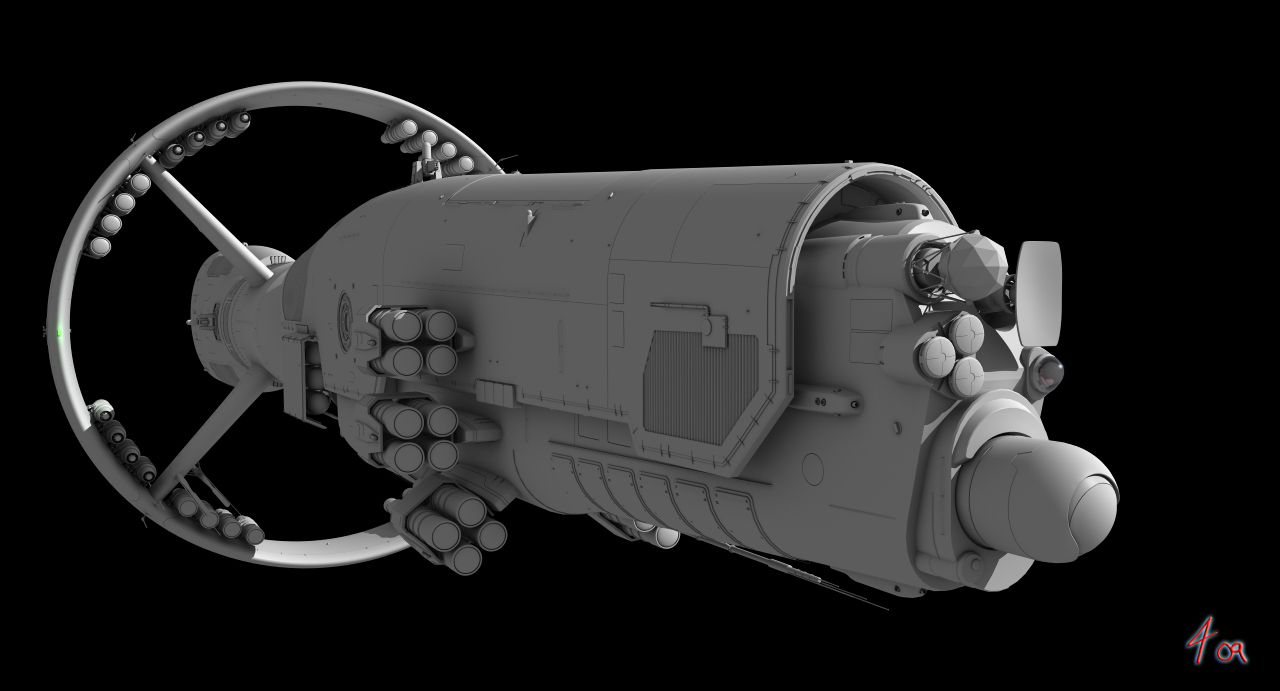