Its been a while since i've been logged in.. so much so that i couldnt remeber my login and password..

I've been around lurking.. checking up on the wips. But my partner and i had a baby girl last year, and new work commitments have ment that i've had no spare time for my own 3d projects.. thats changed for a short while so i'm trying to make the most of it.

Thread 1.. The Auzris Project.. Some of you may recognise the wip from time gone by.. I've been making some drastic design changes over the past week and the mkIII is ready to be unveiled... that is she would be if maya 2013 would let me render out a still.. even though i've not been modeling i've spend a fair few hours commuting to and from work on the train, so i've spent some of that time (when i've not been reading a song of ice and fire) developing my little branch of the trek universe, for the ship and its crew.. I might post some of that material as the wip develops..

I knocked this up as a front page for now.. to get the thread started.. i've been itching to post something for a few days now but have held back untill the hull was finalised.... but i cant wait any more...

Hopefully will find out what maya is doing and get some stills of the ship over the weekend.. 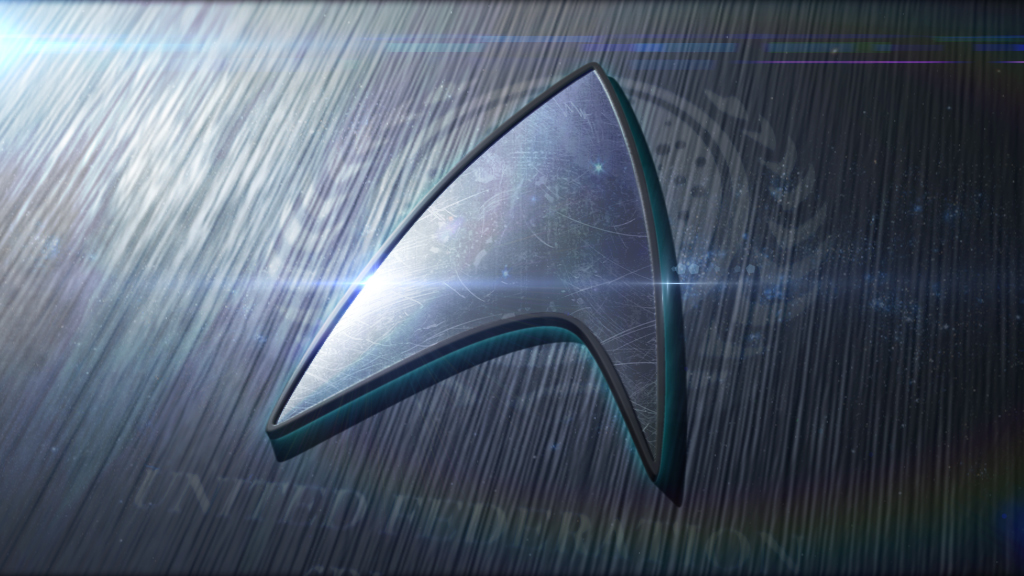