BlobVanDam0 Posts: 0Member
August 2012 edited July 2015 in Work in Progress #1
Here's a little something I've wanted to start for a while now as one a personal project. The plan is to recreate the entire 2015 set from Back to the Future 2, one of my favourite movie scenes of all time, and to hopefully recreate it as accurately as possible.

So far I've got a pretty good start on the courthouse, and the movie theater where Jaws pops out, and a bit of the Cafe '80s (not pictured because I started that a while back and might end up entirely rebuilding it anyway)

Here's a comparison between my model so far of the movie theater, and a set photo- 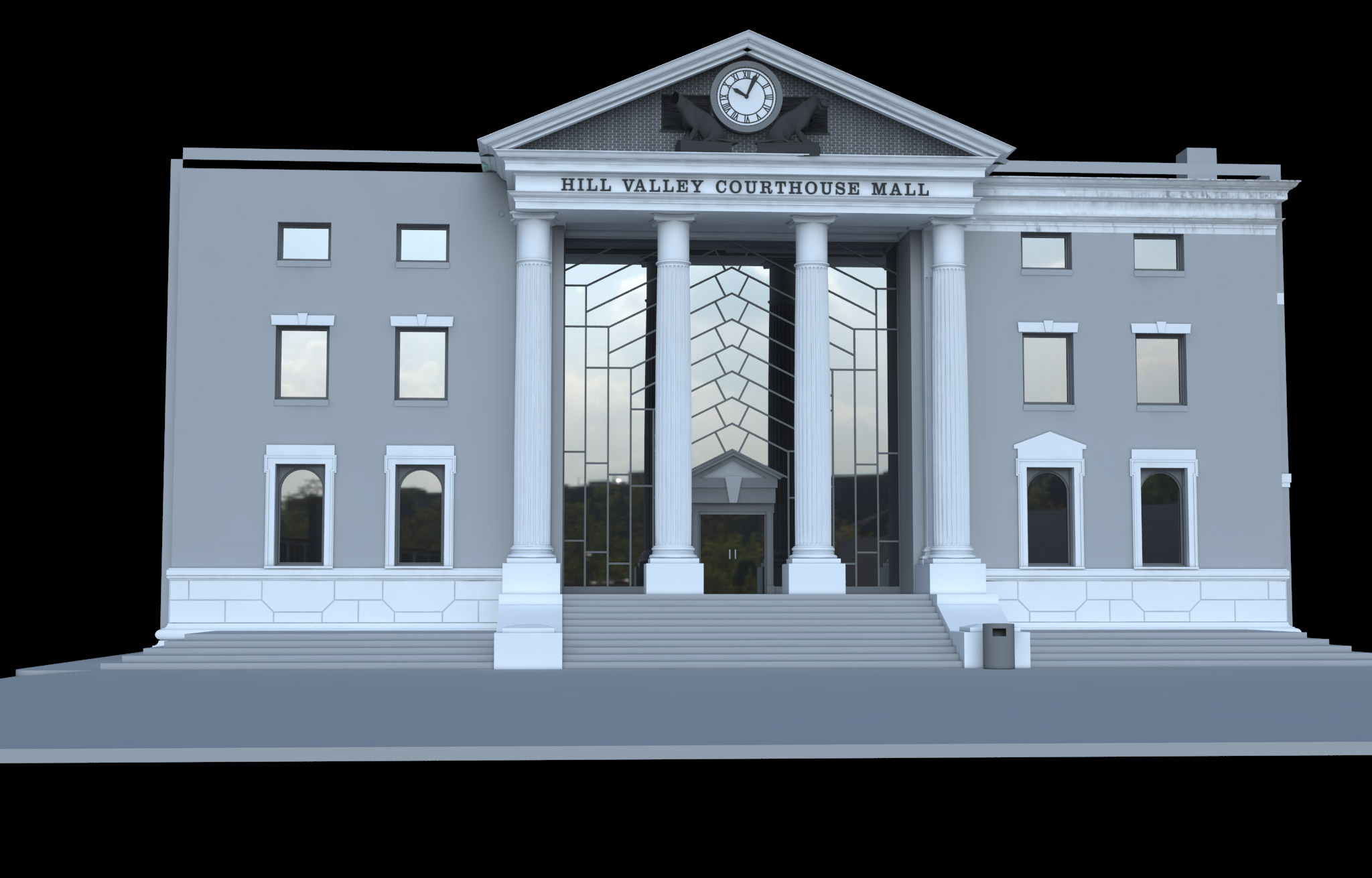