This is my first thread here, but I've been a longtime lurker. I used to hang out at Foundation3D before that sadly went off-line. While there I began an ongoing project where I wanted to try my hand at building models based on the Renegade Legion universe. For those not familiar with it, Renegade Legion was a series of board games that was put out in the late 80's - mid 90's by FASA Corp., the same company that made the more popular BattleTech.

Although I'm not a board gamer myself, I've always been fascinated by the stories and artwork in RenLeg, which is why I chose this subject. Also, I wanted to do something that I've never seen before and up to that point no one had done high detail versions of the armored grav vehicles in the game, so I set out to be the first.

So far I've completed six models and started a bunch more including this one - the Bata Revo (Wolverine) Light Grav Tank. This my favorite design so I'm picking up where I left off with this wip.

Here's the metal game miniature that I'm using as my main reference. I'm also referring to a lot of game art. 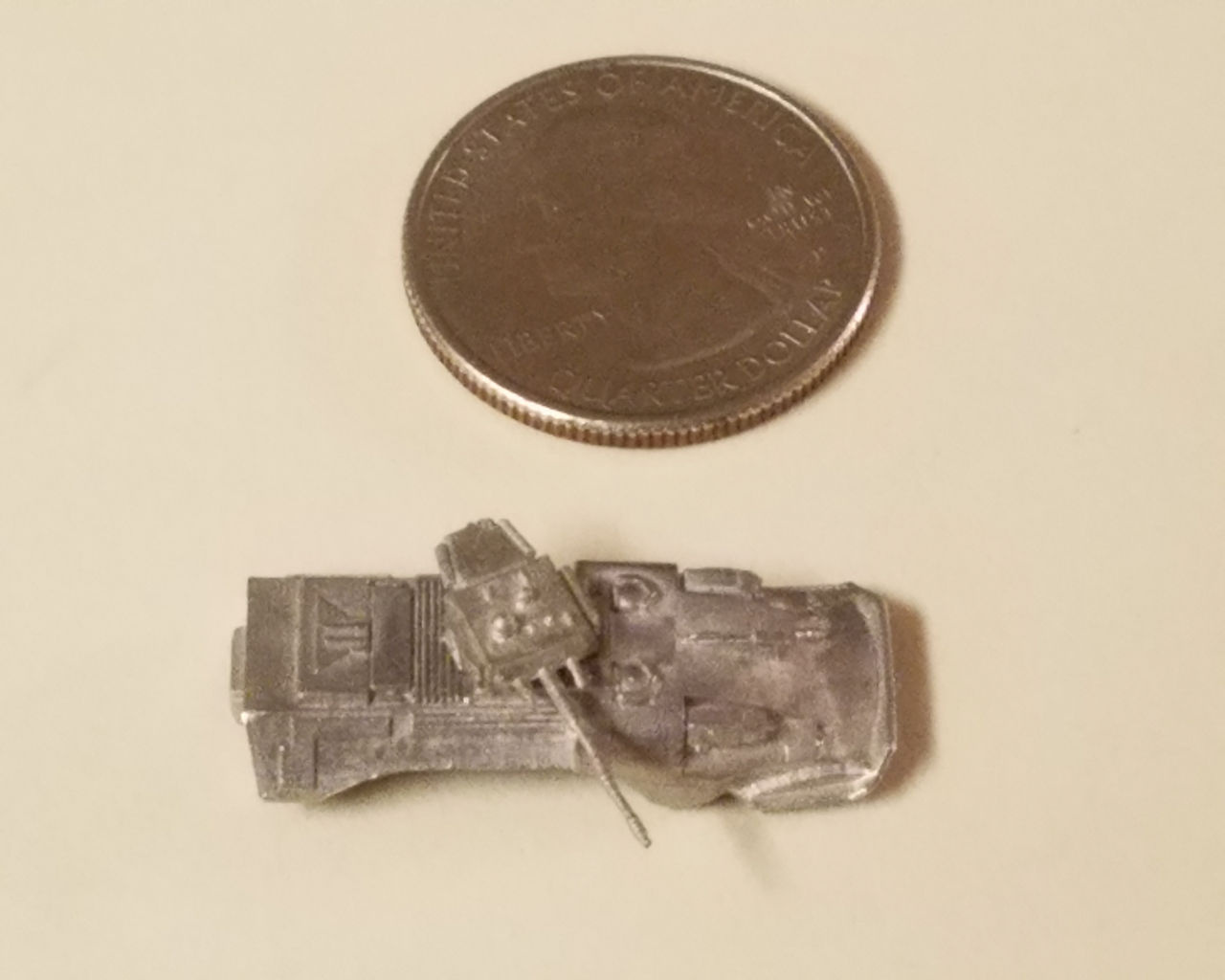 And this is where I'm at so far. Most of major parts are done but I still have a lot to go. 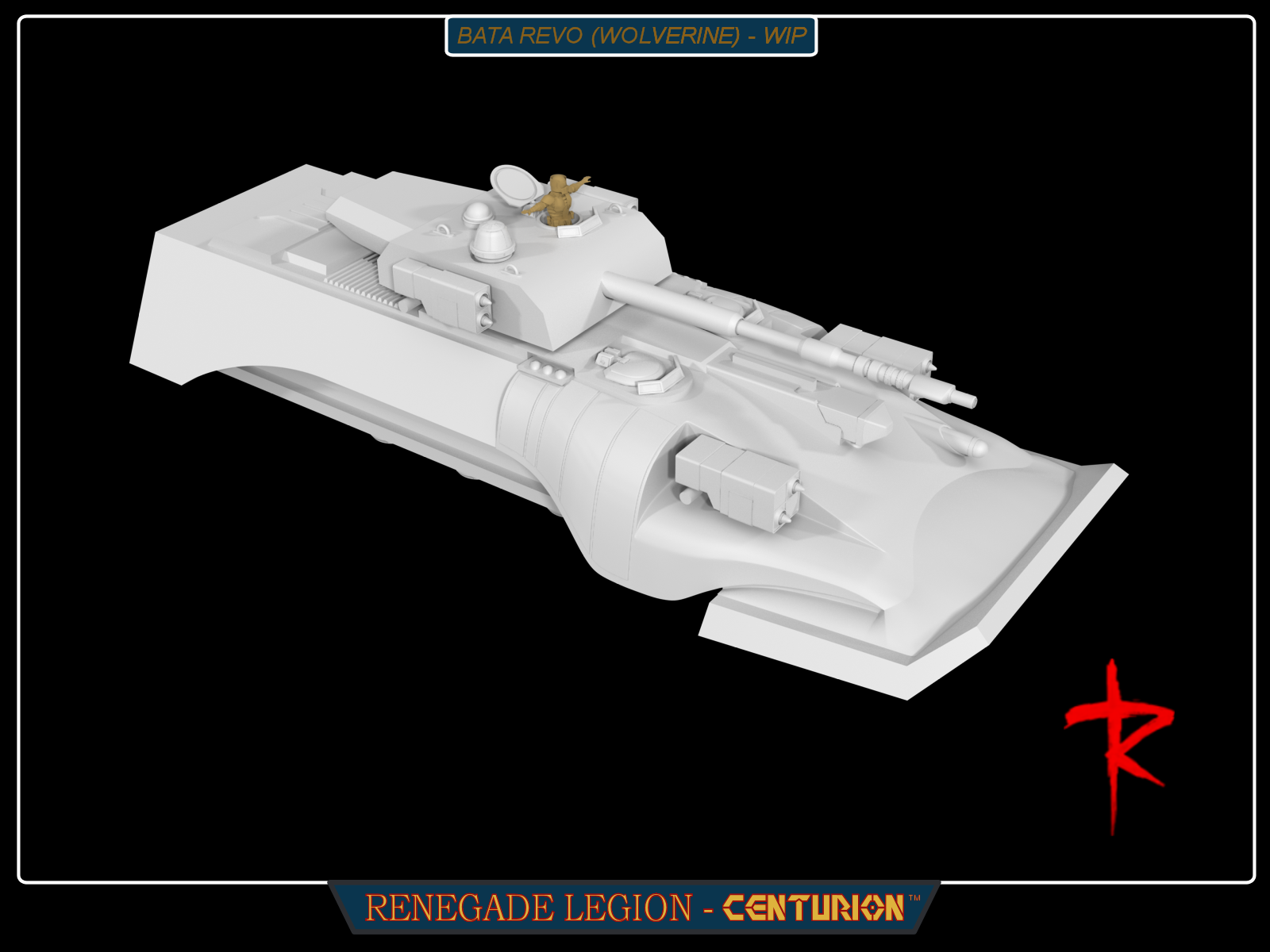 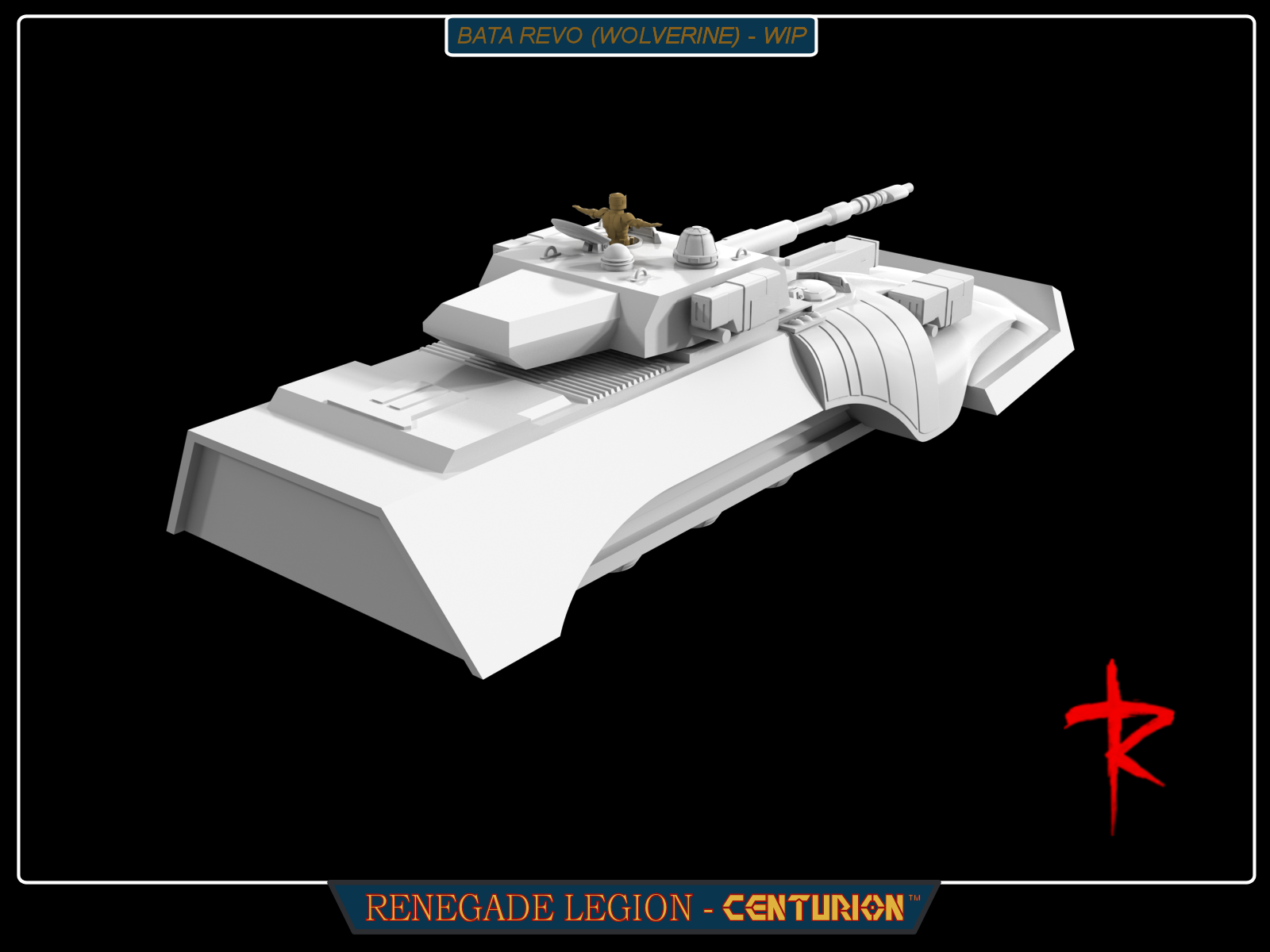 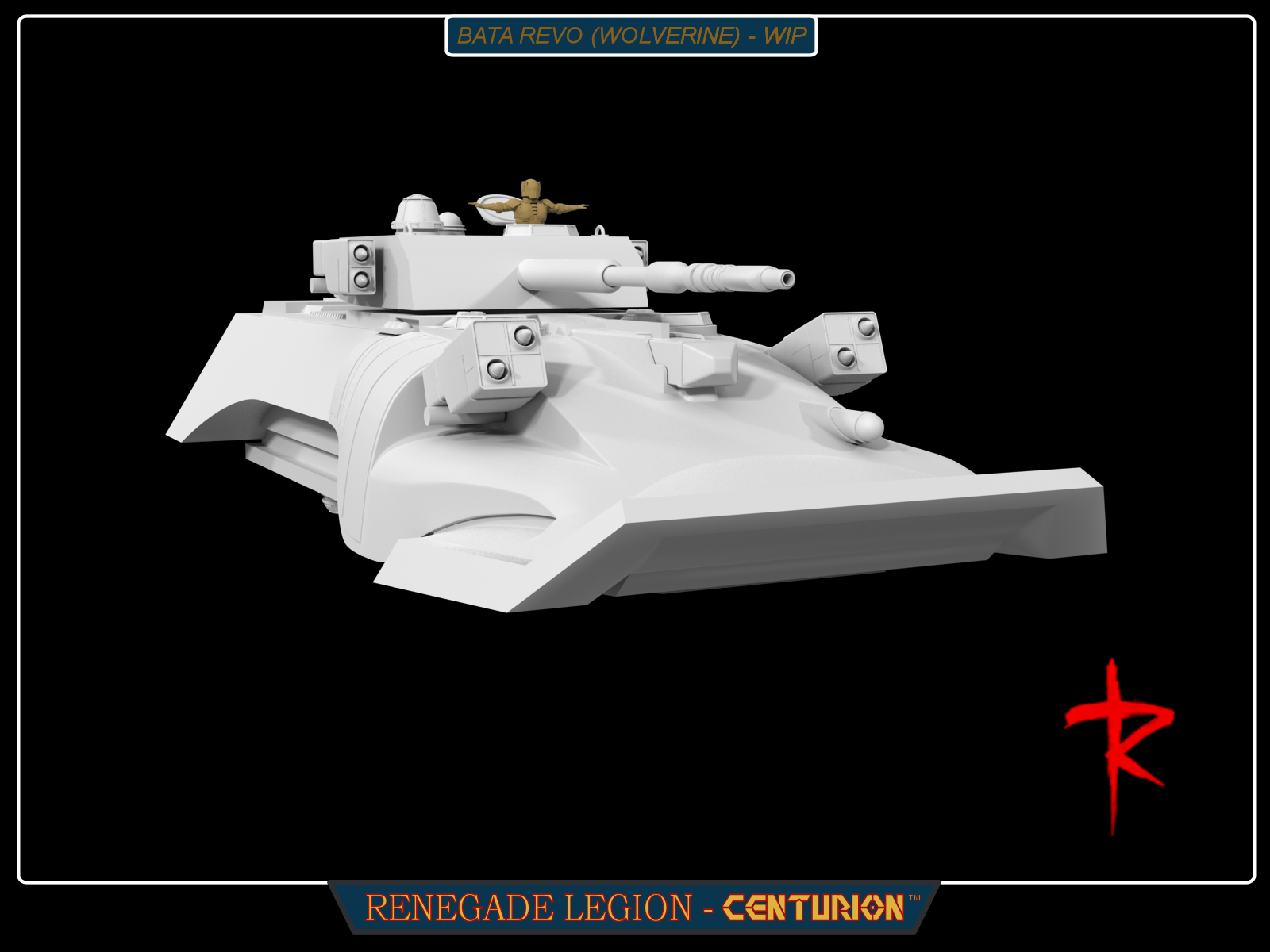 The hardest part so far has been building the forward hull section and it was a royal PITA! I don't know how many hours I've spent rebuilding and tweaking this thing, but I'm finally satisfied with the results and now it's onto the turret. 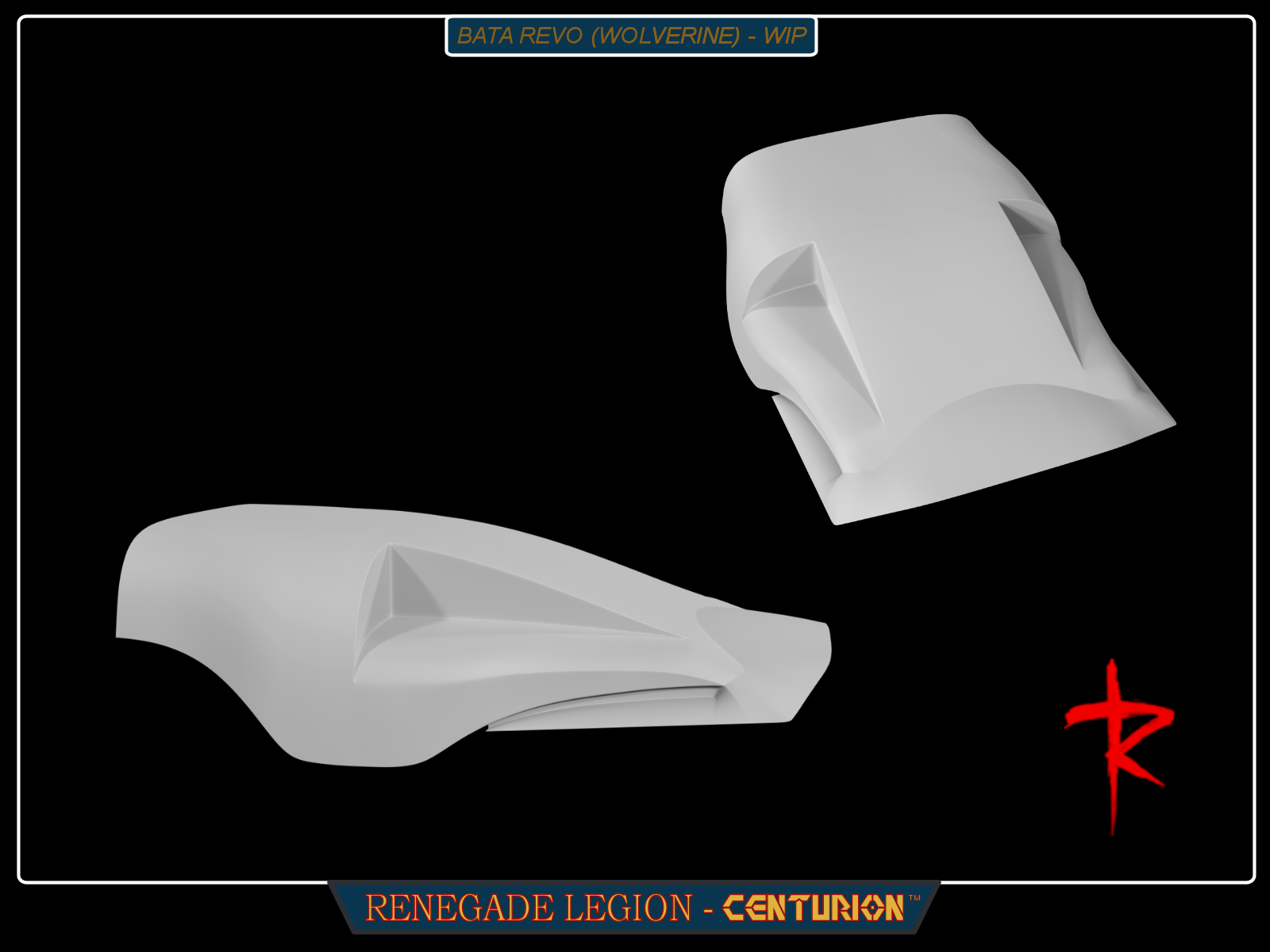 I hope you enjoy it.
Post edited by Guerrilla on September 26