3DCalifornia Class from The Lower Decks

This project is intended to present an interpretation of the California-class depicted on The Lower Decks.

My intent is to model it in a more realistic fashion, rather than as it is depicted on the show. In an interview, series showrunner Mike McMahan indicated that the California-class would have originated around season four or five for the TNG-era so that's where I'll try to draw inspiration.

I intend to take a few liberties while trying to remain true to the spirit of the design.

I'm quite rusty with Blender so I'm using this as an opportunity to brush up on all of the changes that have taken place since 2.7x. I'm just about done roughing in the design. Next, I will begin tweaking the details to allow for greater 'realism' in the design. 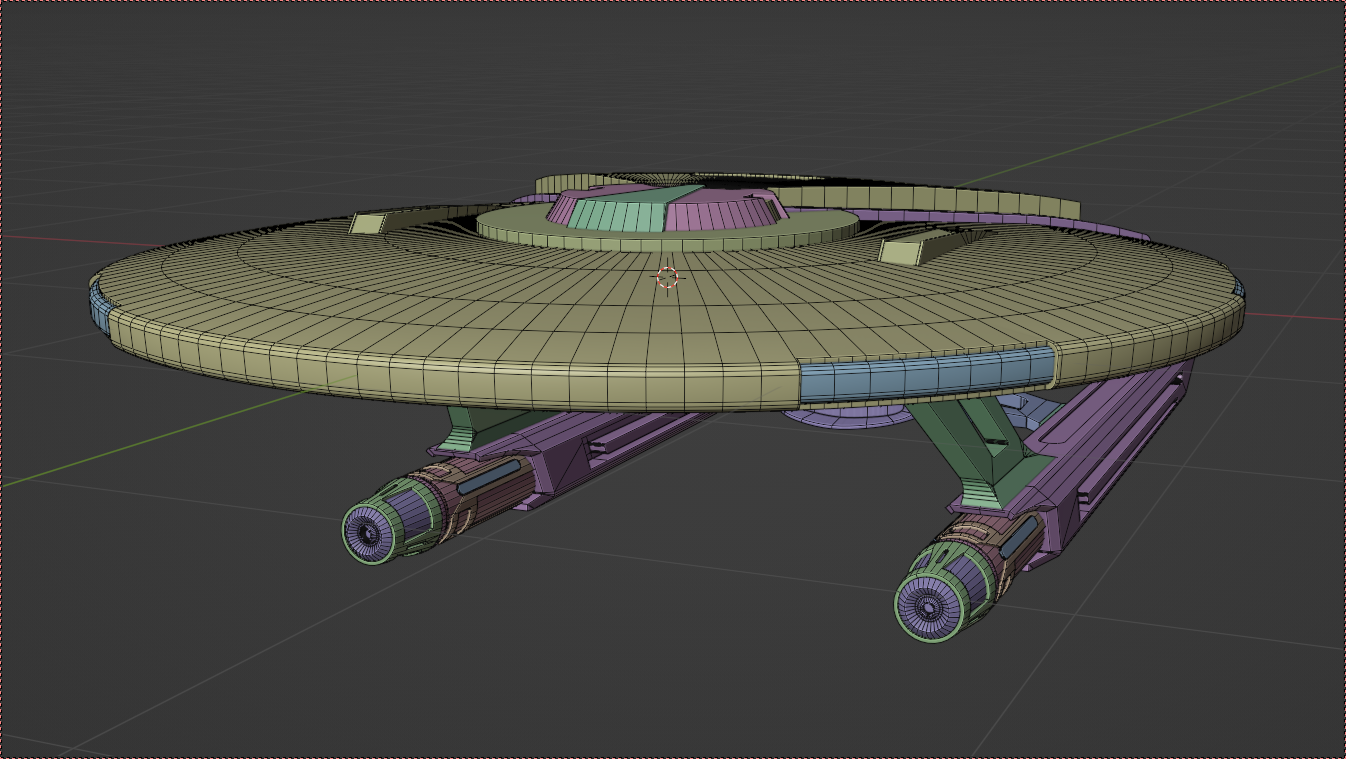