Sooo ... Anyone wanna talk about Sliders? 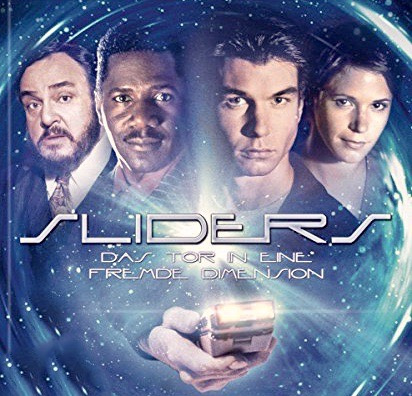 Been rewatching Sliders again for the last couple of days. Oldschool. On actual DVDs 😅

That Pilot and the first two Seasons in general were just great. The creativity that went into those worlds and the storys they told through these lenses. Saw a behind the scenes interview with Tracy Tormé, the creator. He said, when he was working under Gene Rodenbery, he was told, that the networks let you tell pretty much any story as long as it is not set on earth. And he took it to heart for his own show.

And with the start of the third season they - meaning the studio - screwed it all up. All those stupid movie parodies, that make no sense from a scientific perspective. I mean actual magic or sentient fire? Come on!

I‘m wondering, what could have been. The show also still looks surprisingly good and pretty much everything in those first two seasons still holds up. And how can you not fall in love with Sabrina Lloyd, when watching the show? 😁