I'm currently in the pre-production process of my largest and most complex film to date. After years of freelance filmmaking and in my spare time writing, directing, editing, shooting, and scoring (among other things) my own narrative short films, I've finally decided to jump into the deep end and shoot my first feature length project. I'll be writing, directing, editing, scoring, and doing visual effects work for this film. I might be crazy...

At first I questioned whether I should do a "fan film" as my first feature. Especially with a property as revered as Star Trek, fan films can be incredibly challenging, let alone the fact that it's incredibly difficult to do well on a non-existent budget. However, for a practically no-budget film, I knew I had to do something I'm passionate about and that I know I can get other people passionate about as well. There is perhaps no franchise other than Star Trek that I am this passionate about. Star Trek, specifically Enterprise in some ways, has literally changed my life. So, this is my way of giving back, and what a fun way to do it.

Some of you may have seen my progress in modeling the NX-01 in the Work in Progress section of the forum. The immense amount of time I've sank into just the NX-01 exterior and interiors has made me realize that I really cannot realistically do all of the required visual effects work for this project myself. I need some extra hands, and I thought this would be the perfect place to see if anyone would be interested.

The film requires Romulan ships, Vulcan ships, Andorian ships, interiors and exteriors, the list goes on. Screen credit will be given to all artists involved for what I certainly know is incredibly hard and demanding work. I should also note that anyone with skills in other areas of film production are certainly welcome to work on the project. With everything I'm working on, I could use all the help I can get.

I've already released two video blogs with updates on the status of the project, and I plan to continue this trend throughout production up until the film is released. I'll be releasing a new one in the next couple of days. The video blogs are available here: 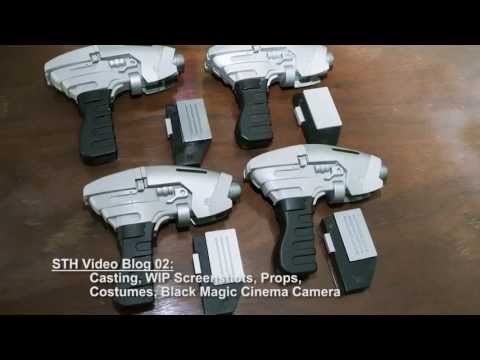 If anyone is interested, feel free to reply here, send me a PM, or email me at tommy[@] projectnresource.com

Thanks!
- Tommy
Post edited by tommygdawg on June 2013
Tagged: