Well first let me say it's been roughly ten years since I modeled anything. With family and work I just haven't had time but now the kids are getting older and work has slowed down a bit so here I am again. Anyway..

I have always thought if Skynet were to design a tank it would have chosen a more rugged and tested design, a Caterpillar type bulldozer. I'm going to model my vision of it as if it were designed by CAT. It will be raw and there will be exposed hydraulic hoses, lines and bolts throughout. It will appear as if it could plow through any devastation and not think twice about going straight to it's target regardless of what's between it and the prey. I took some artistic license by altering CAT's designs to fit my needs but overall I like it so far.

I have to tweak some things on the treads and re-learn materials and rendering but I'll be okay. This is modeled and rendered in Rhino 3D. The tank is also loosely modeled after a CAT D10 Bulldozer but obviously with my own sci-fi eye. 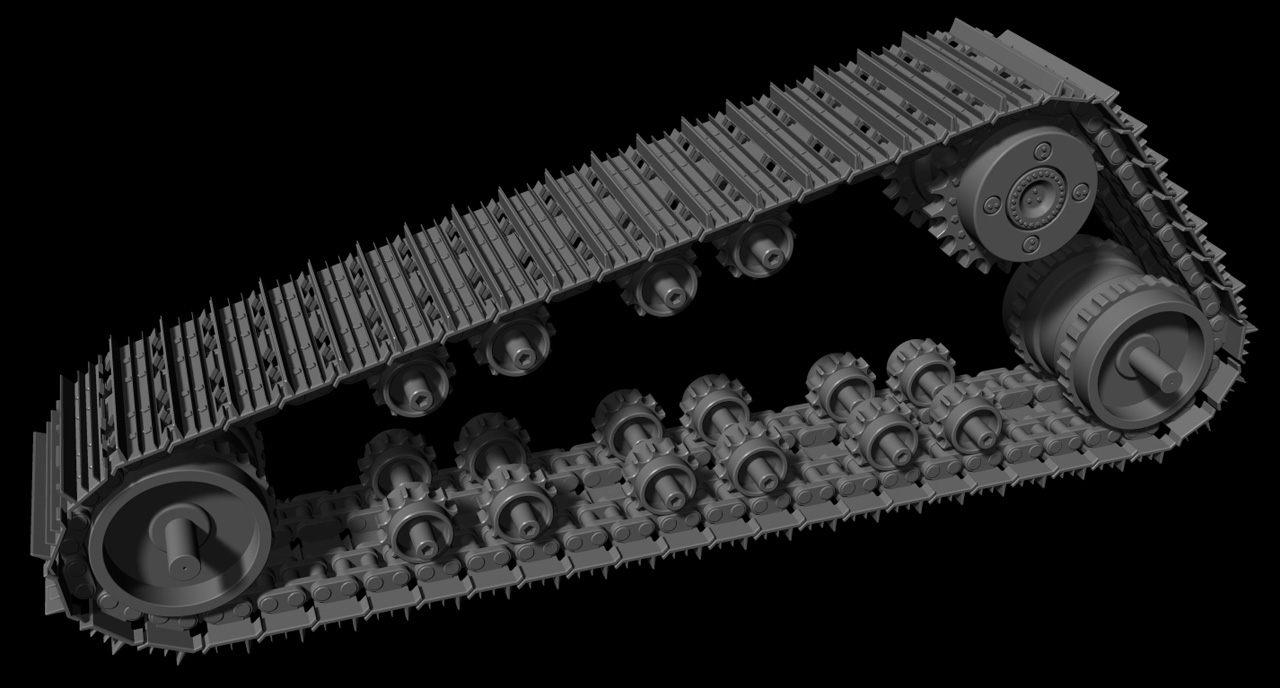