As I mentioned in this post in Coolhand's thread, this is my take on the Leonov from 2010: The Year We Make Contact that I'm modeling in Animation:Master. I'm drawing a lot of the surface detail in Adobe Illustrator and importing it into A:M with different amounts of extrusion. Most of the repetitive corrugated detail on the ship will be bump mapped.

I began working on this project in May 2009, but I was unable to continue with it for the last several months. Today I'm posting test renders and screenshots up to the point I'm currently at, although I'm not as far along as Coolhand's mesh. I started with the radiators, since they're the simplest to model. The set of six photos from Planet Hollywood Paris that I have (and I don't know if they're the same as the ones Coolhand referred to) provide very useful references.

Building modules along the spine:

In the last render, I lightened the darkest shade of gray used on the hull. I'm planning to redo the cylindrical structure with the dark bands forward of the centrifuge, because after referring to HD screenshots of the movie, I see that it has some rectangular panels attached to the sides. 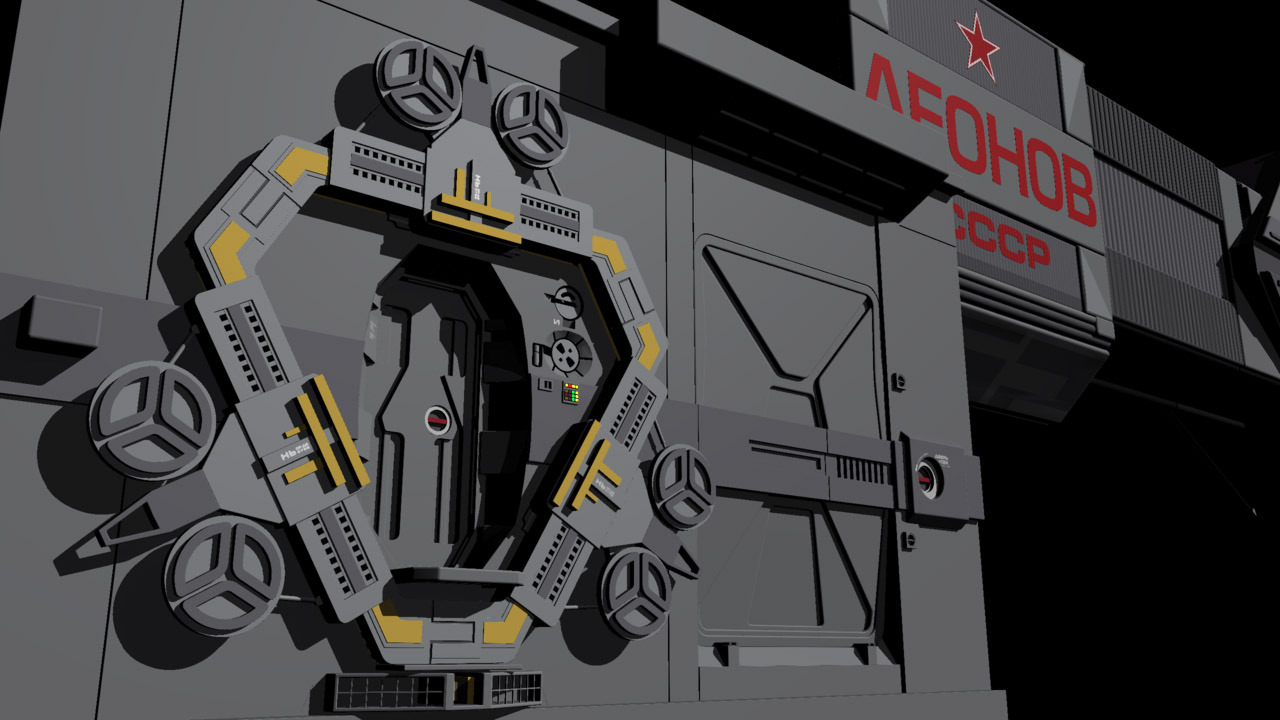