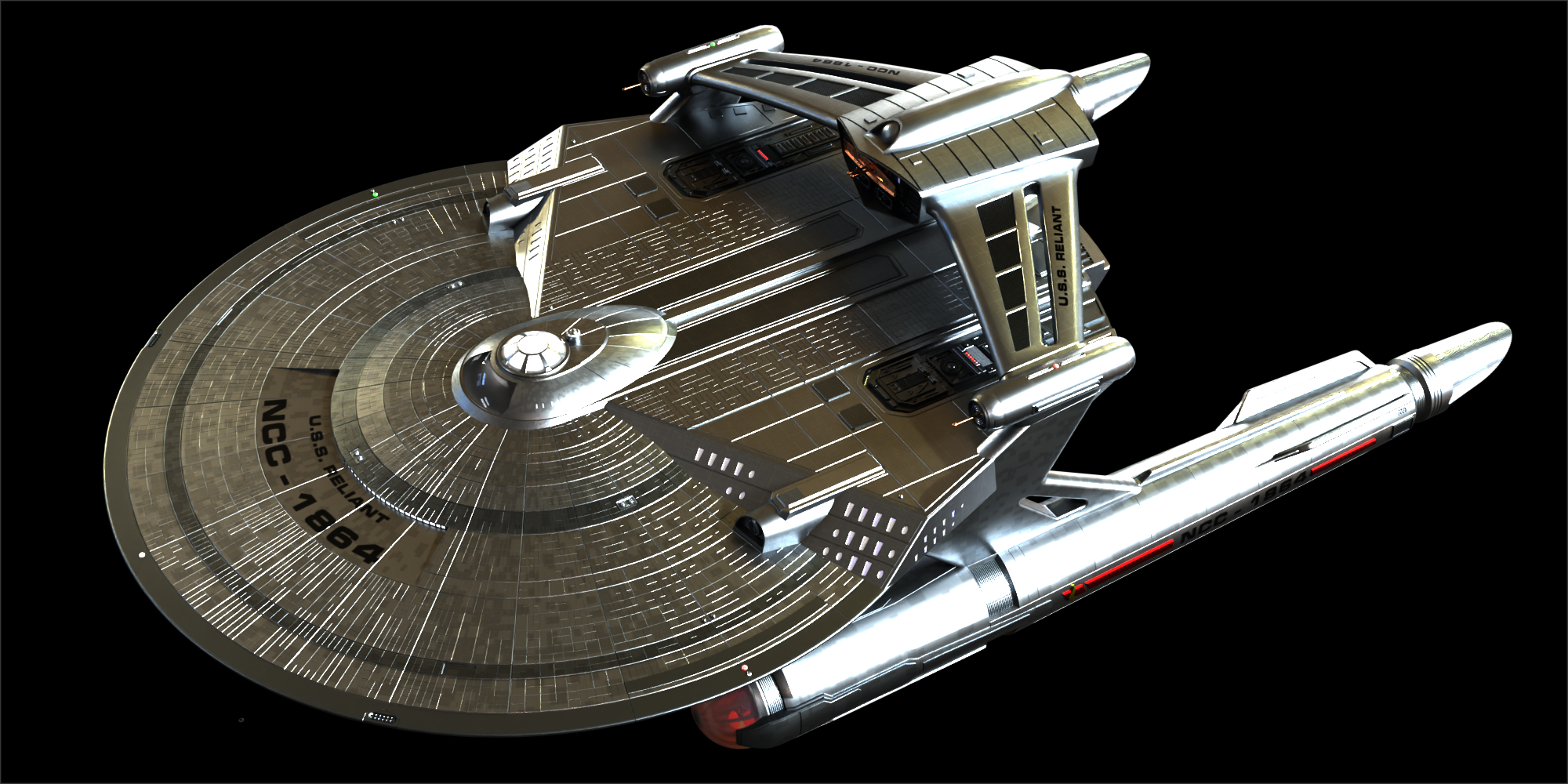 For lack of a better title.

Instead of making a series of (mostly) uncompleted project threads, I figured I may as well just start a new one and post all my junk here.

First off are a couple of Trek, (yes...more Trek) designs. About 11 or so years ago, I tried to build the USS Miranda. I'm sure that since STII:Wrath of Khan came out, a bunch of fans have tried to design a precursor to the Reliant. Flat hulled ship with underslung engines and a roll bar.

Well, these first images are of my attempts with my then noobish 3D skills.

So, like a lot of modelers, I started by rebuilding the saucer section, then moved onto the rear hull part, and decided to re-purpose the engines from my TOS-styled DS9 Defiant.

That's when I remembered that for the original series, each Ship had it's own insignia. Enterprise's familiar Arrowhead, Defiant's boomerang, and some more... creative designs which baffle me. Taking a cue from the design notes for the USS Reliant (so says the internetz!), the name Miranda for the Miranda Class is taken from Shakespeare's The Tempest which in turn was named after one of Saturn's Moons.