This is based on the 2010 version of the famous "Discovery" deep space exploration ship from 2001.

The model is being built specifically to be produced in resin by the awesomely skilled bods at http://www.admiraltymodelworks.com/ and will be available as a kit later this year. The completed real model will be approximately 22 inches in length making it one of the largest kits i've worked on.

Here are some work in progress pics as the model enters its last phases of construction, thanks for looking, cheers. :cool: 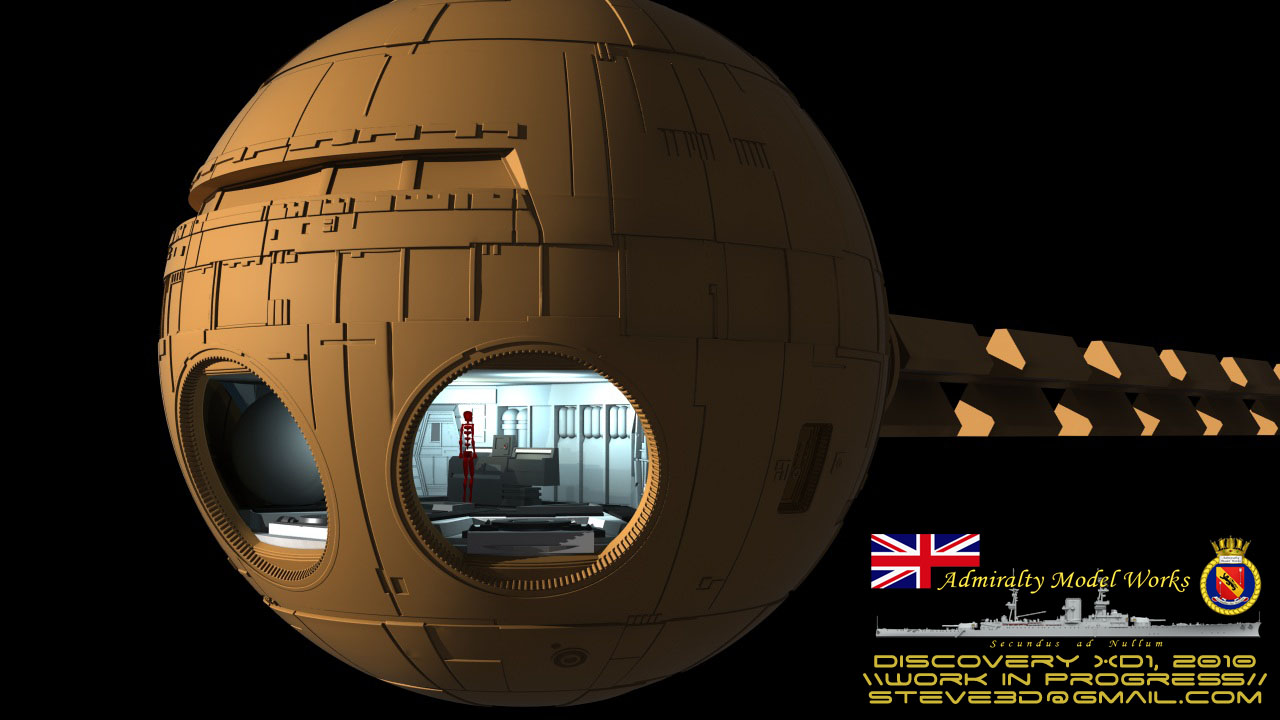 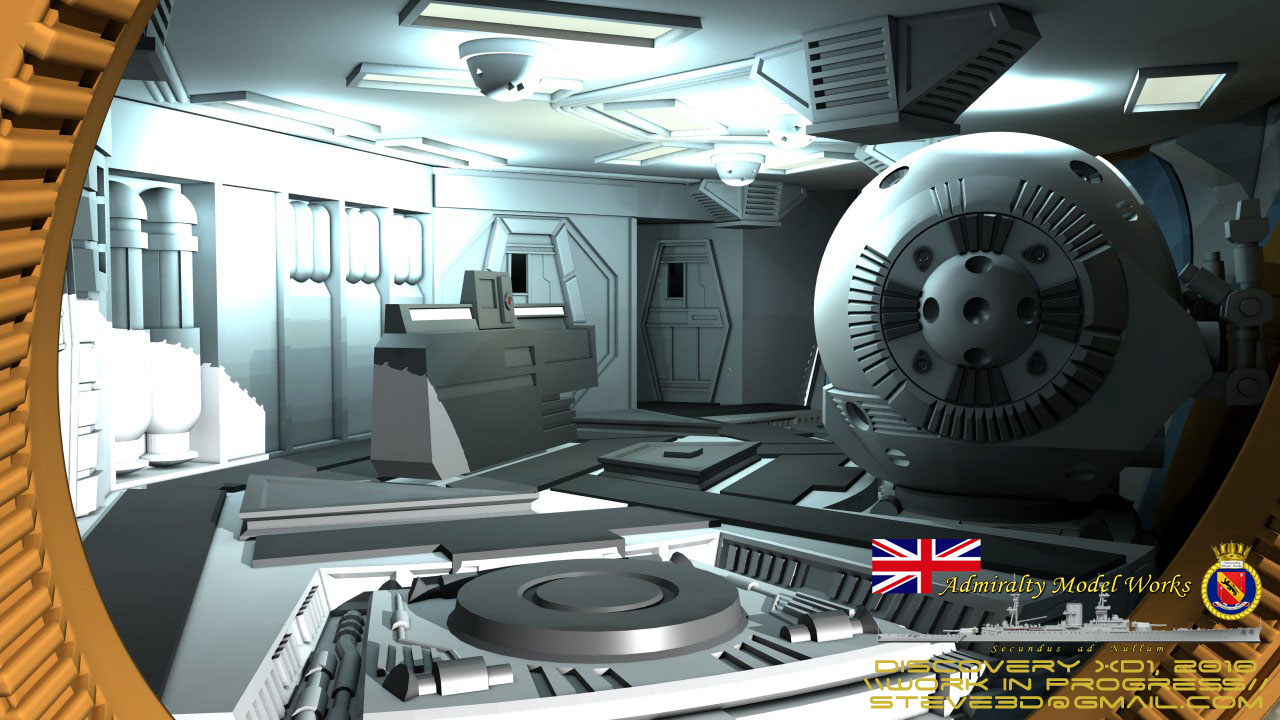 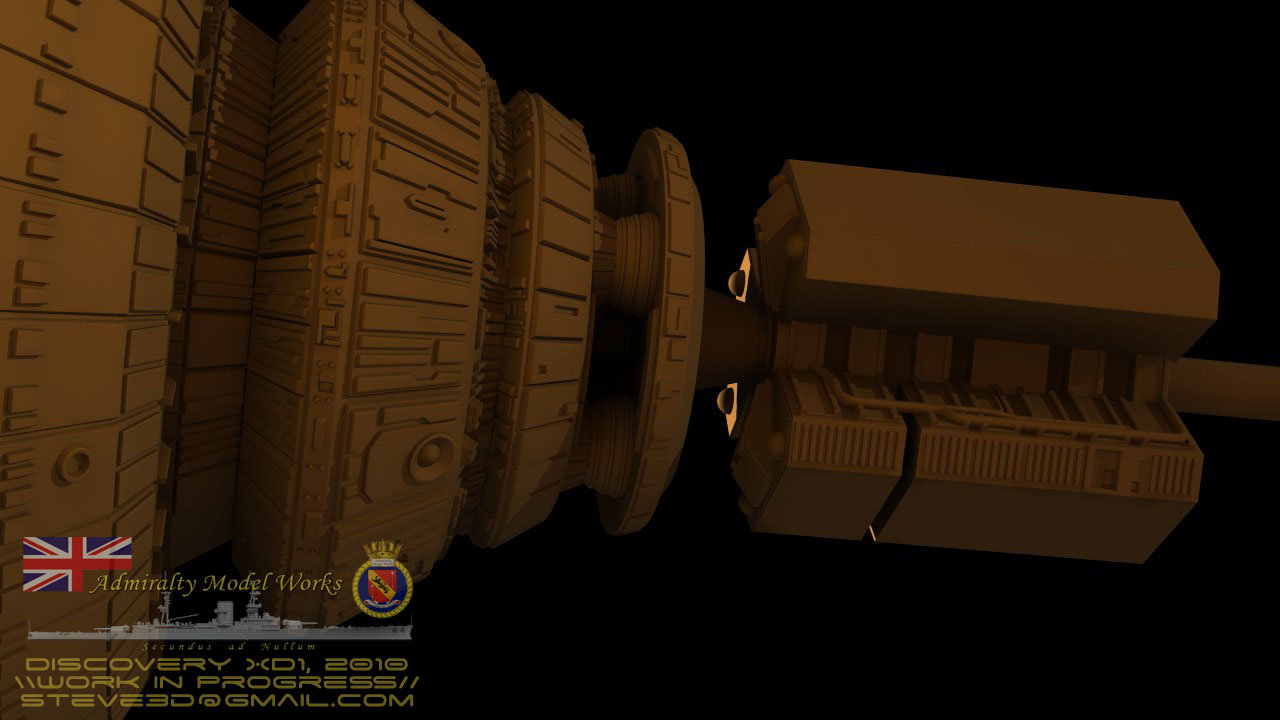 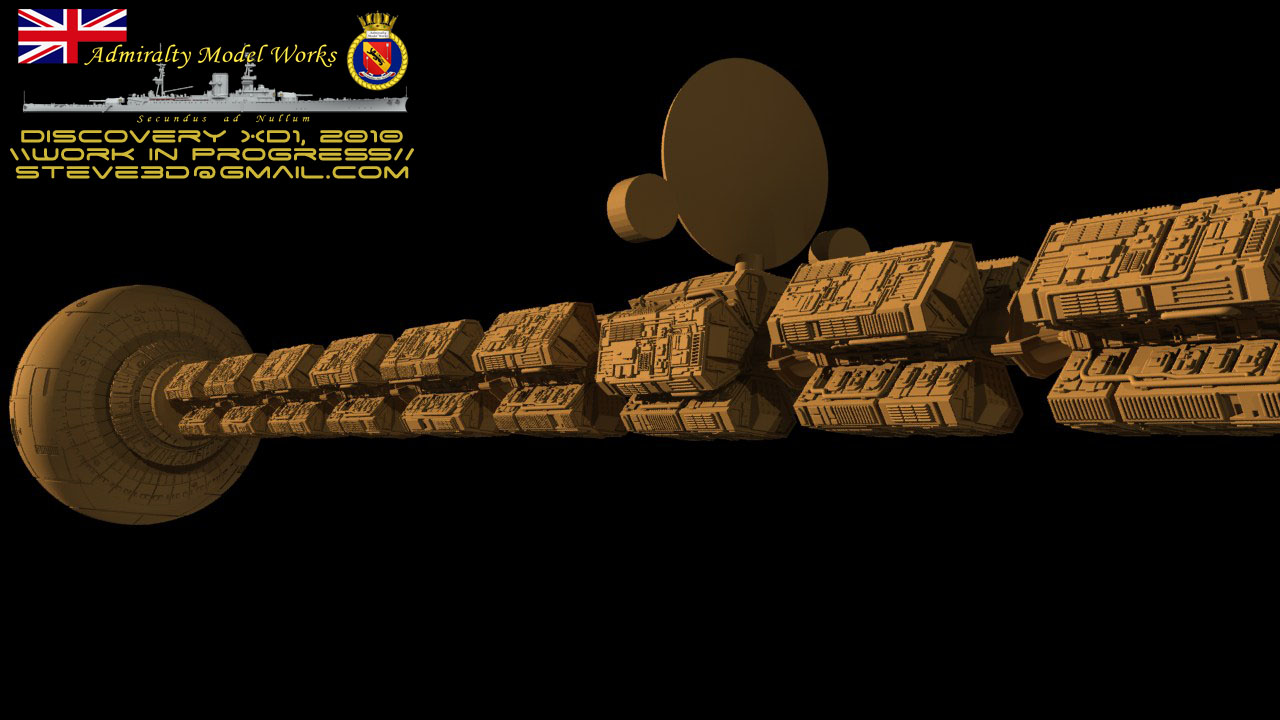 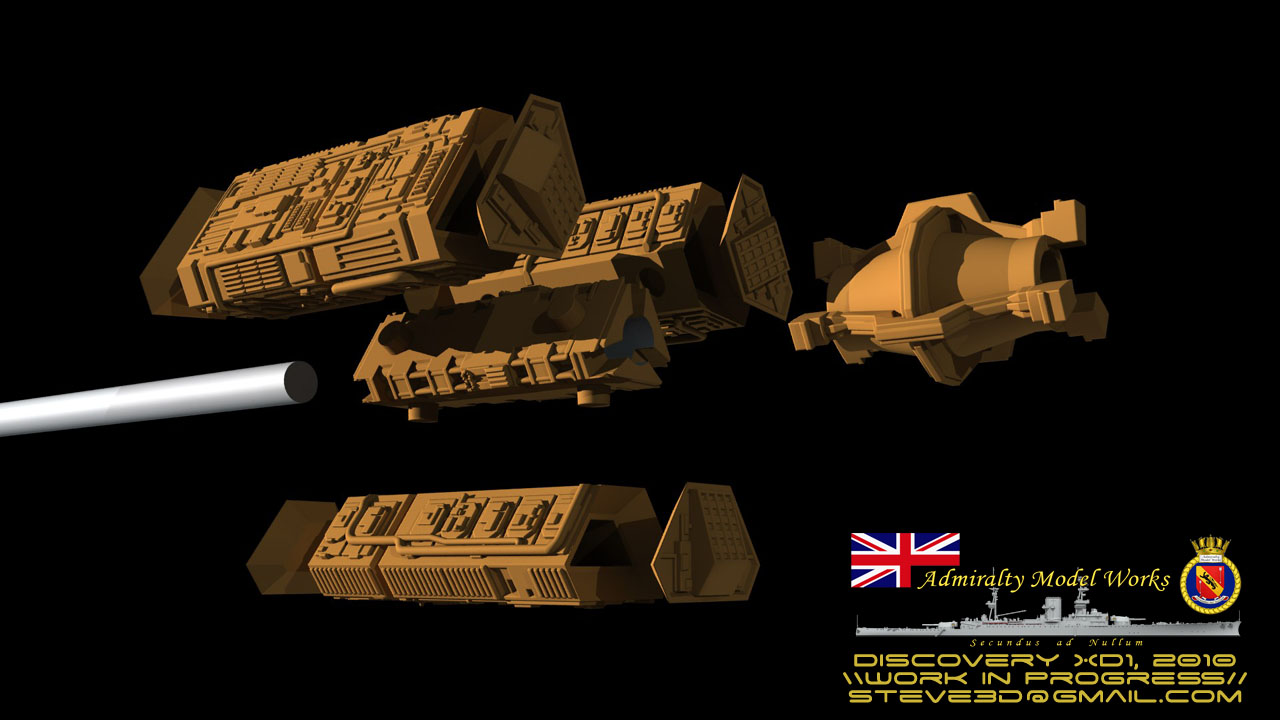