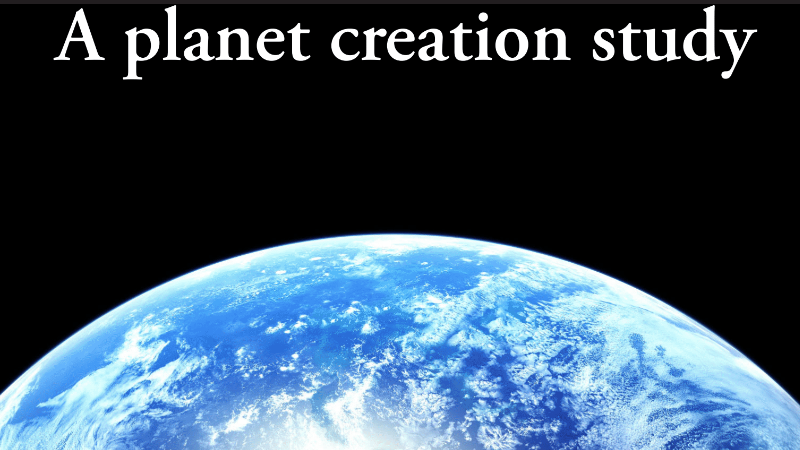 Since I am nowhere near used to make pretty tutorials, let alone usually able to explain stuff in a coherent and understandable way, (gasp), I decided to have an interactive tutorial WIP thread going.

So, lets make a M-class world for some of out nice spacships to orbit or to blow up with our favorite mega-weapons of mass destruction.

First I usually like to make an alpha map type of thing that separates out continents and ocean in order to control my painting in PS, later. For this tutorial I used the LunarCell plugin just to speed things up a bit.

Fig.2 50 Lunarcell iterations later, about 65% landmass, 13% ice, not much complexity and texture and few large craters.

Now I generally do not like the uniformity that I get from a generic lunarcell filtering. So it is time to turn on the imagination and move around some of the continents. For this case I imagined a -huge- submerged impact crater (santorini style) to the left (marked red in figure 3) and I cleaned out a larger ocean to the right. These are just the rough stuff more like guidlines.

Alright folks. Just remember, it works equally well with other worldgens, copied terrain, all handpainted. We are just interested in the rough mask here in the beginnings.

Next post I will do some test renders with the mask to look for oddities in the mask that might look wierd when mapped on a sphere. Cya in a while with some more stuff and "Cowplanet" renders.