3DRetooling of the Galaxy class

Been working on these the last few weeks. Both are still very much in process, but I feel like they're at least finally at a place I feel comfortable sharing them here. Wanted to try doing an modernized version on the TNG design era. The chairs on the bridge were downloads from CGTrader, as well as the Conn and Ops consoles in front. LCARS panels were all screen grabs from around the web. The two major changes I brought to the bridge design was the expansion of the physical space itself to include a wraparound out area (similar to the Discoprise bridge, conceptually) as well as the notion of changing the aft stations (as well as the somewhat Generations-era port and starboard support stations) to be free standing transparent glass monitors instead of the standard backlit/TV monitor style of the originals. Other aesthtetic changes are basically to suit my own personal tastes. I started with the ENT-D color scheme for the bridge, but opted to go with my own palette for individuality sake.

Also, fun fact: I posted a while ago about how to model the horseshoe tactical station. Lots of really great suggestions on how to tackle it, but I found that a slice of a fairly high vertices count UV sphere works damn near perfectly for the job. Just solidify it and extrude out the base. Pretty neat and clean solution, I found.

The model of the ship is still VERY MUCH a WIP. The basic silouette is near identical, but I enlarged the saucer a bit and redesigned the nacelle pylons and the nacelles themselves. Not super into the nacelles right now, but it's a good starting point. The rest of the ship is really just an attempt to update and modernize the design without losing the look and spirit of the original design. As I continue work on these, I will be sure to post more pics! 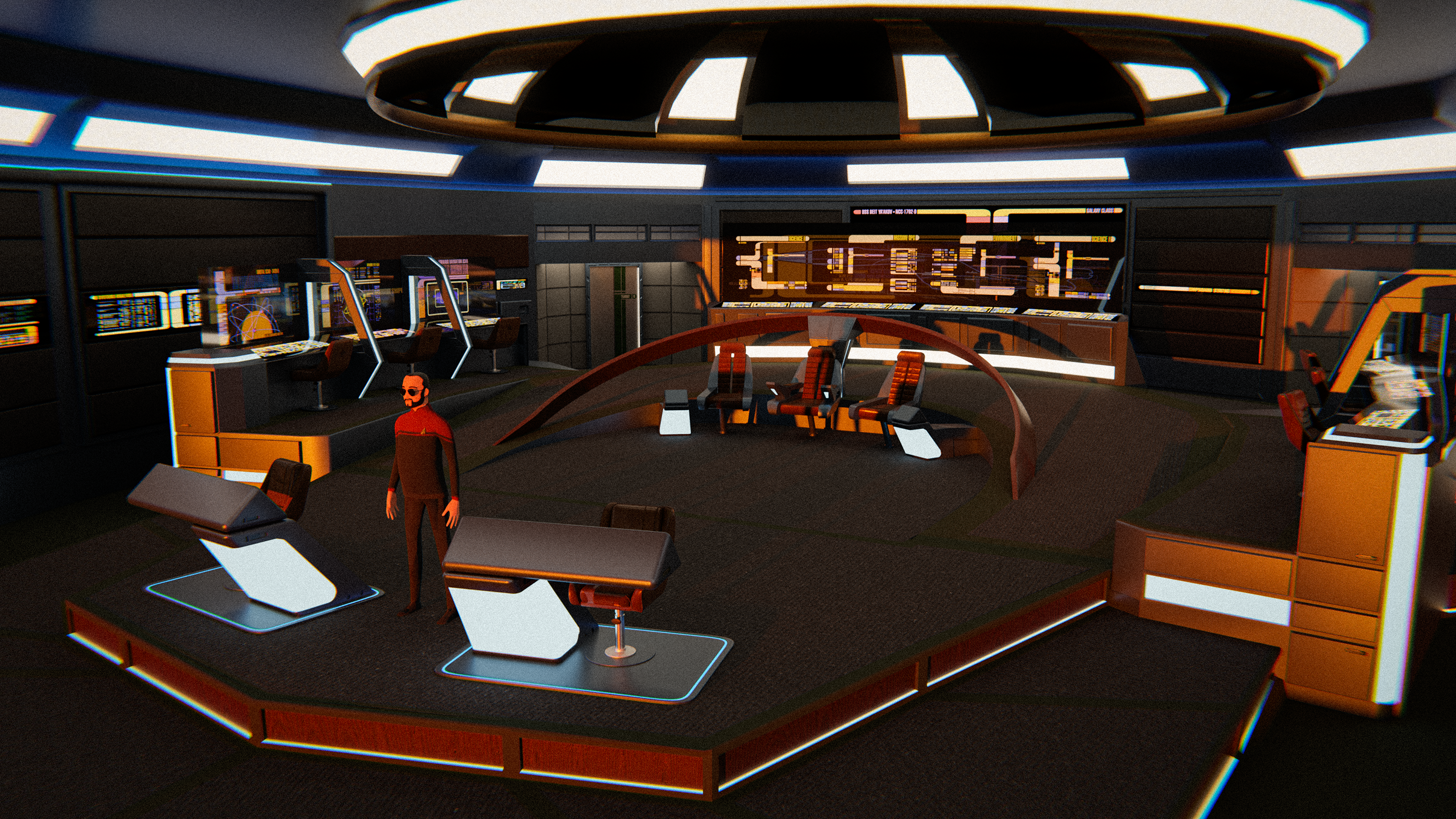