I haven't done any modelling of late, so it's time to get back in the saddle. I figured I'd continue along the line of adventures past, and go with some more 40K sheet metal. I decided on a Leman Russ, although it seems like there are a gazillion variants of it these days, so mine may end up being something of a mashup of whatever bits I like best. The basic hull will be along the lines of a Mars Alpha pattern, which is slightly longer than a normal Russ, and has all sorts of extra engine gubbins on the back, hanging out in the breeze (seems logical for an AFV).

Not much to show at the moment, still fleshing out the basic shape (not sure if I'll stick with the track covers): 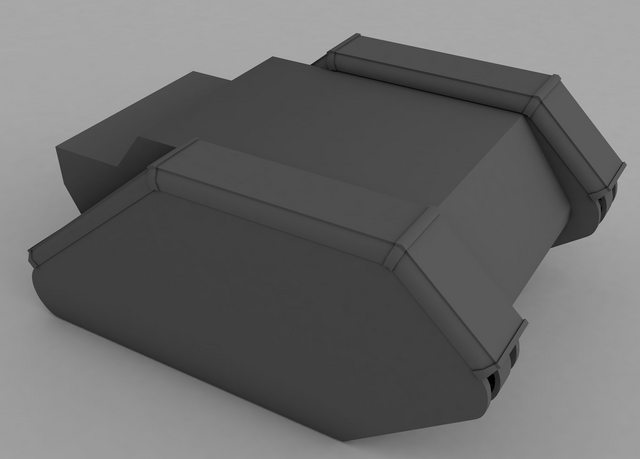 I did a mockup of what I speculate the stock suspension/drivetrain setup must be like, based on bolt patterns visible on the outer hull: 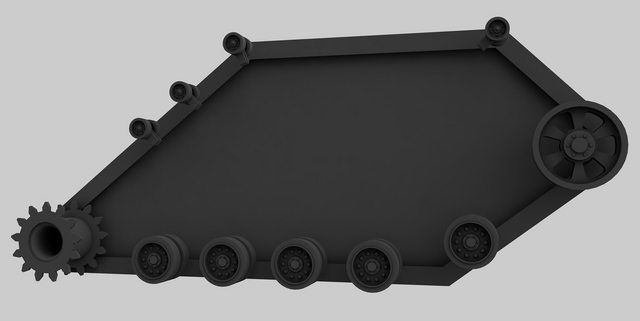 Needs a bunch more return rollers up top, and at least one more road wheel I think. I'll probably need to add in some sort of external transmission housing for the drive sprockets, seeing as based on the model the tracks would appear to be driven by a daemon on a treadmill with no external mechanical inputs. I figured I'd try and make it at least a tad more realistic than the Baneblade, although not too much naturally - that way madness lays.