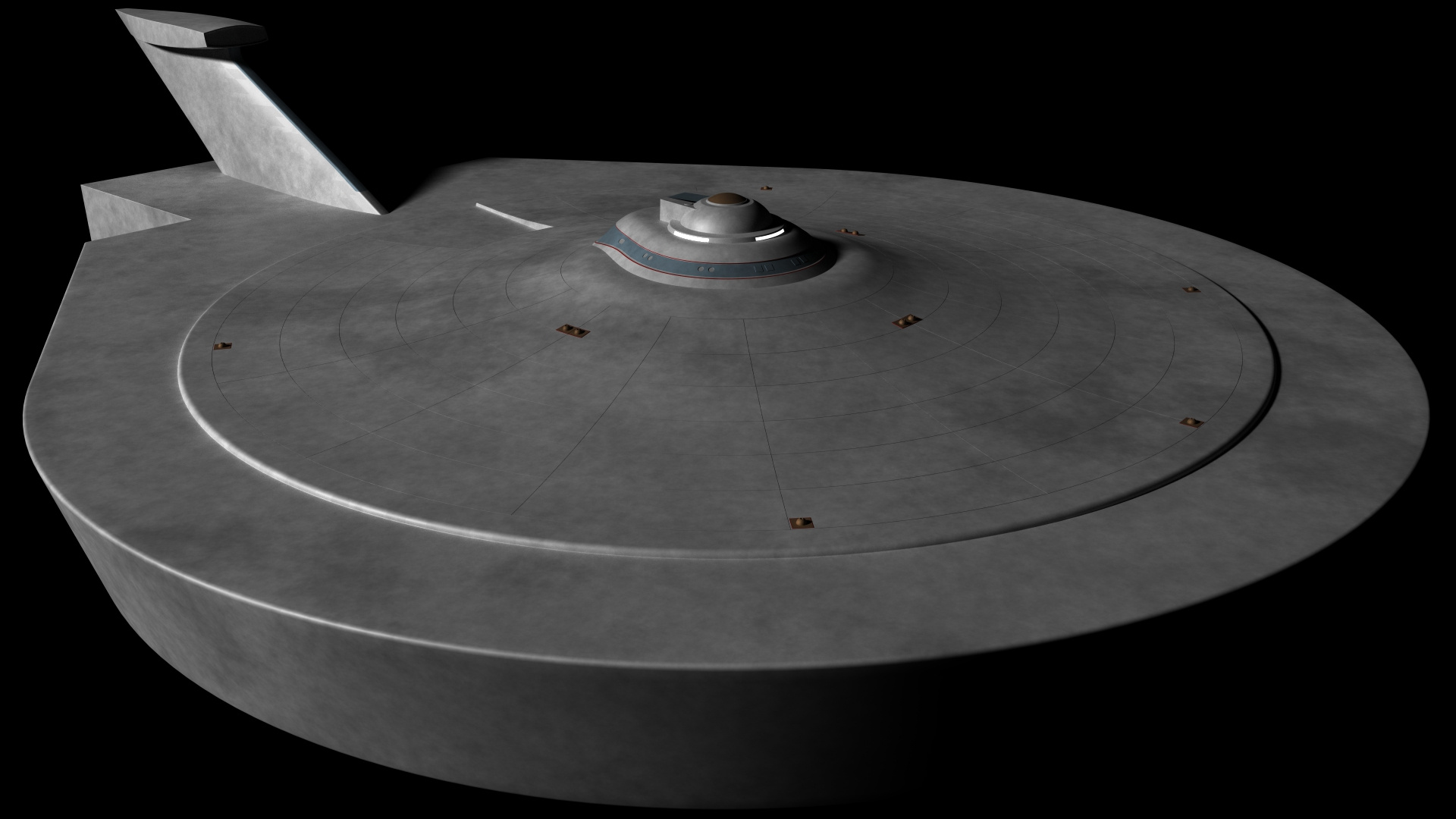 Hey everyone. It's been a while since I was last on here. Mostly, I just haven't felt like doing CGI in the last few years. It's not that I was busy or anything, I just didn't have any motivation. Without motivation, there's no point in even trying to do this stuff. However, I've been watching Star Trek again recently (though, this month it's mainly been classic Universal horror films from the '30s and '40s) and Star Trek really motivates me. So, I decided to start a new project. I went back and forth on which ship I should do, or if I should do something original (but still Star Trek.) Finally, I decided to start back at the beginning, with the original Constitution class. Now, I probably had an old model somewhere that I could have dredged up, but I decided to just go with a clean start. Though, I did just log into my Dropbox for the first time in ages and I found some stuff in there.

So, I started this Tuesday afternoon. Initially, I started in Blender, the latest stable version (3.3.1, or something like that.) However, after I got my blueprints in there (that was an ordeal) I went though the initial steps, which usually involves drawing a spline for the saucer curve. I was trying to do this, but I was having massive issues. Then I remembered why I hate Blender. My workflow in it just isn't smooth. So, I installed Lightwave 2018, which is the most recent version of Lightwave that I own. After putting up my blueprints, I drew that spline in about 2 minutes. So, it's Lightwave for me, even though the future of that software is uncertain.

Anywho, here's my progress so far: 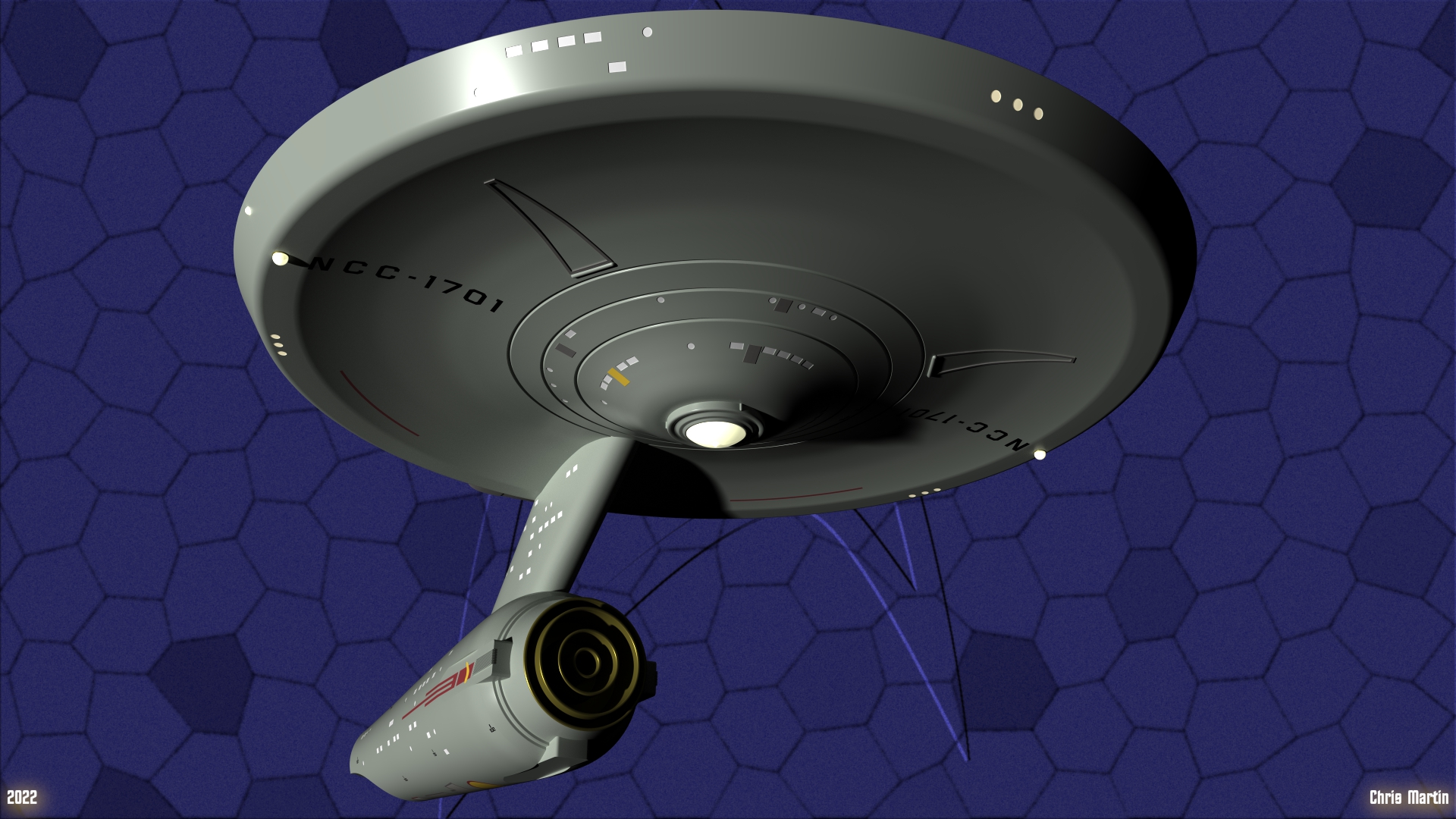 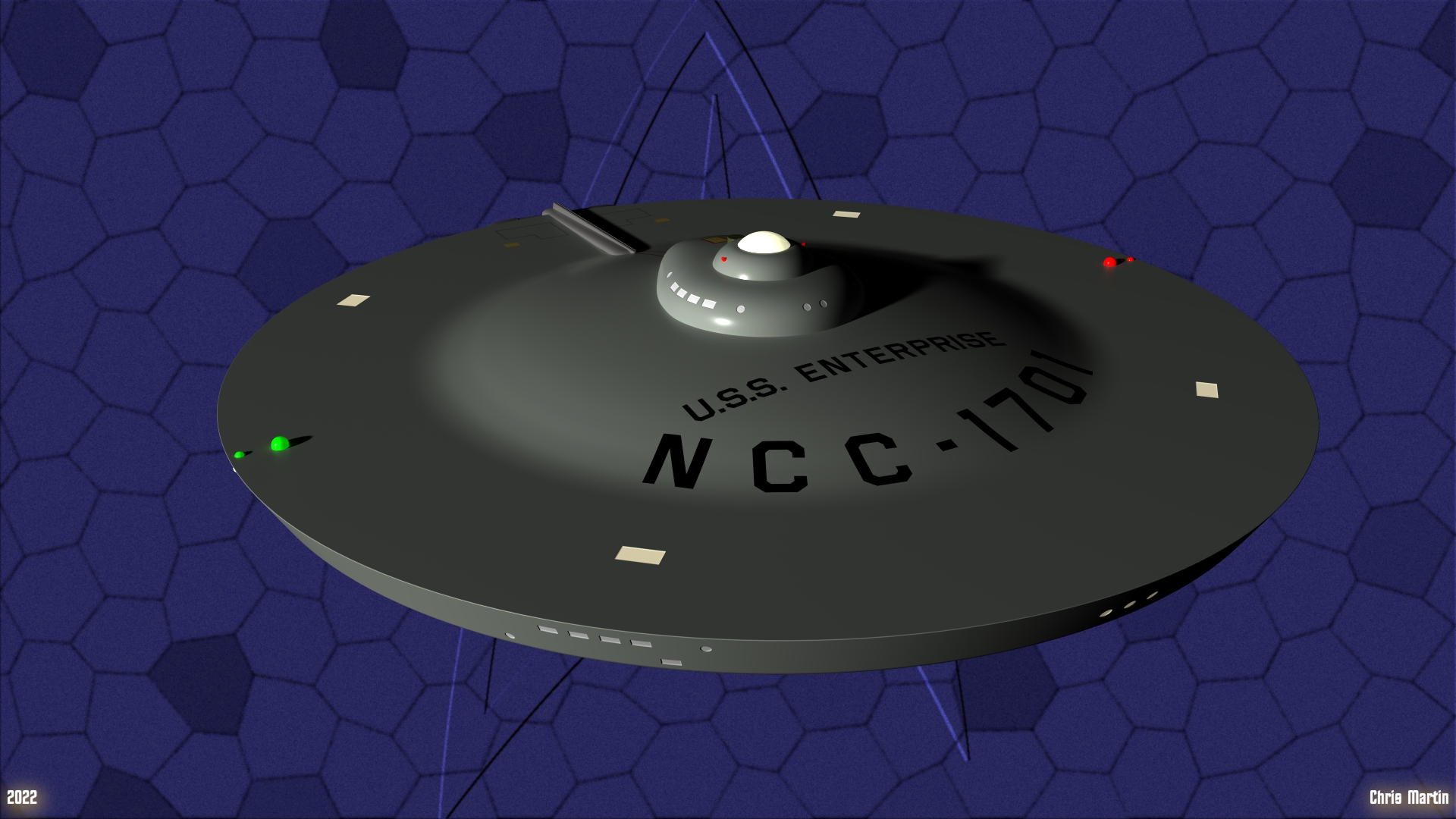 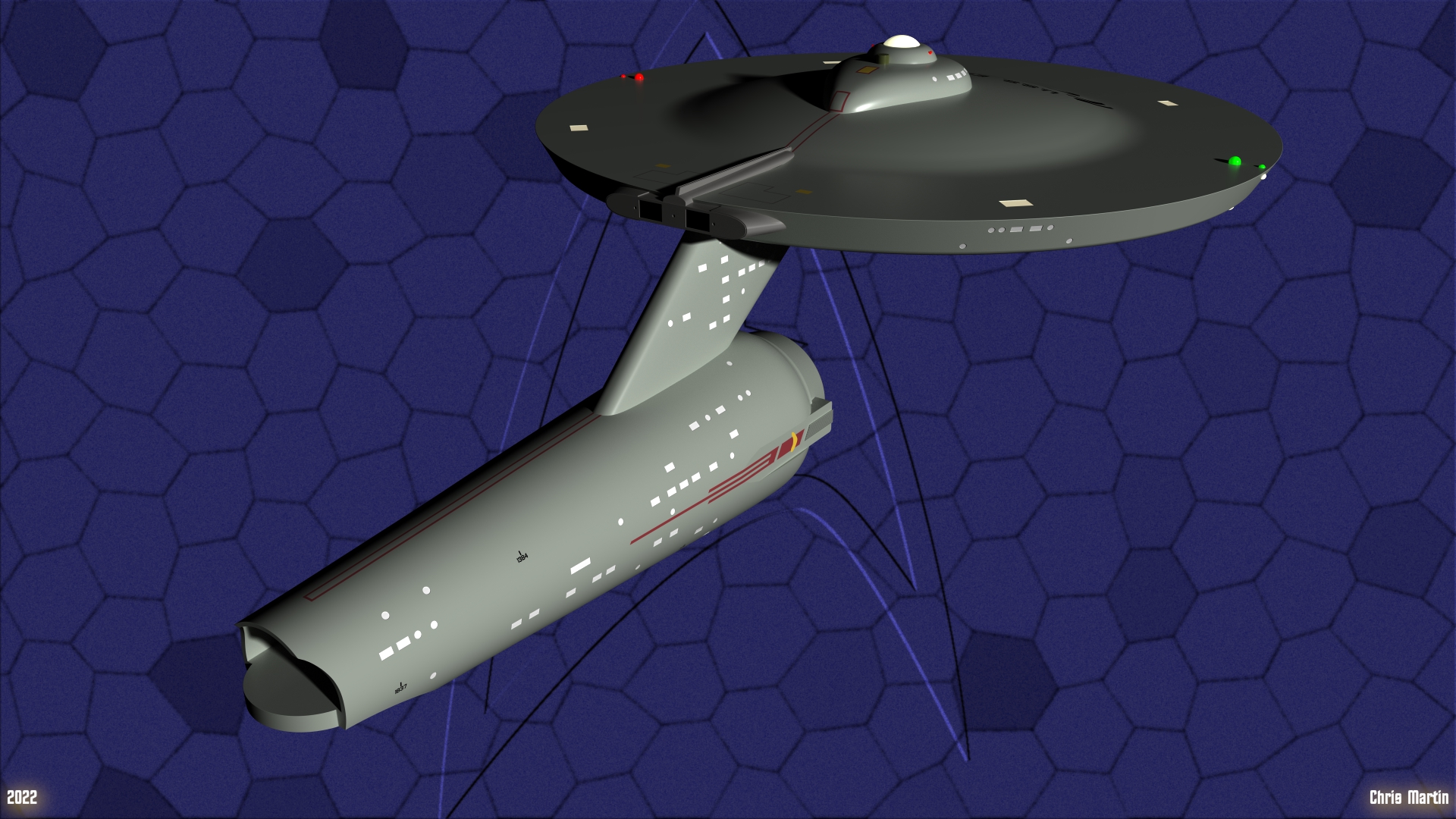 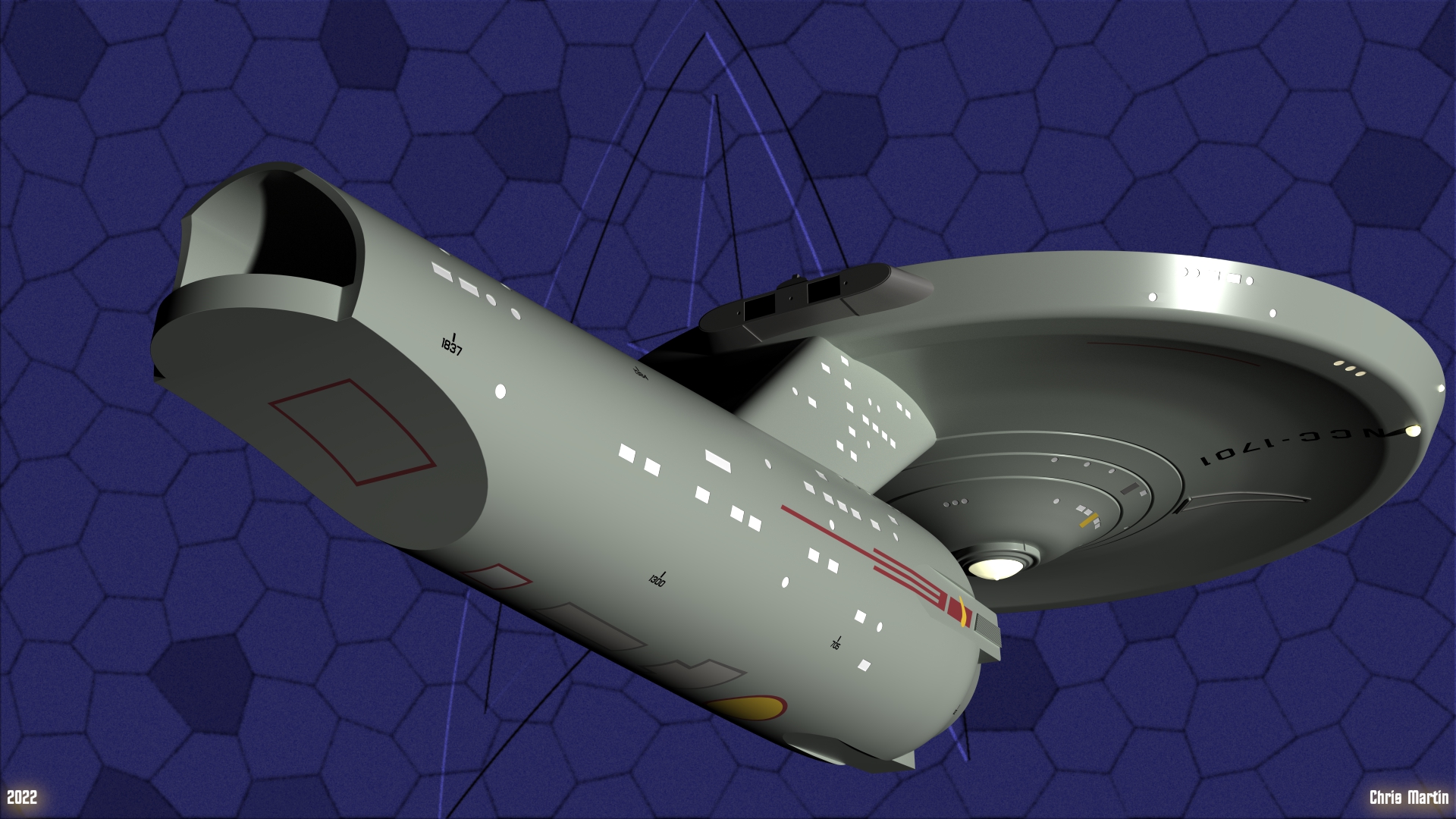 The saucer is completely done, except for adding an interior, which I'll do when I work on the materials. The secondary hull is mostly done, it just needs shuttlebay doors, nav deflector, lights and a few smaller details. I'll add all of that today. I've been off work this week, but I go back tomorrow. I intend to have the secondary hull all wrapped up today and a start on the nacelles.

Now, as far as accuracy, a few of the shapes might be slightly off, but they're close enough. I can say for certain that the slope of the teardrop is off slightly, but the actual teardrop shape is correct, at least according to the blueprints I'm using. But I don't worry about such things, especially since there are at least half a dozen physical models that were used in TOS, along with various CGI models of this ship in canon now, with variations between each model. One change I consciously made was to line up the windows with an actual deck plan. Allowing 3.1 meters per deck (which allows for interior space and framework, inner and outer hull, bulkheads, conduits, wiring, etc.) I got 21 decks, which I seem to remember being an actual number that was thrown around at some time. According to Memory Alpha, the ship has 22 decks and Memory Beta says 23 decks, which lines up with Franz Joseph's blueprints. (I almost used those but decided not to) However, that makes the decks too short, IMHO, when you watch the show and see that the decks were quite tall to allow for bulky 60s camera equipment, so you need plenty of space for those interiors. So, if the windows don't line up, that's why.