So this is a model I did about 13-14 years ago, when I had a 3DS Max educational license. I've had it up on a fanfic website ever since, but I don't think I ever posted it here. Maybe I'll do a rebuild in Blender at some point. I tried an export to FBX and import to Blender, but the result was meh.

OK, so the point of the ship for the stories was to have a quantum-slipsteam tug. Basically, a ship designed to do what the Delta Flyer did in Timeless. I wanted to introduce slipstream drive into the stories as story device, but I didn't want a super ship blinking all over the galaxy. So there were many constraints: Computers still aren't powerful enough to navigate slipstreams on the go. It could only travel known routes. The 'quantum variance' or whatever it is that knocks ships around has to be mapped in advance.

The ship is small, with four decks, landing capabilities, and a nano-tech fabrication center so that if it does get lost, it can manufacture that long list of parts that can't be replicated. Aside from being part of the QSD, the ring nacelle has multiple tractor beam emitters for towing ships. Looking back at the design in 2021, the ship has almost the perfect shape for the mushroom-twirly-drop drive. I mean, spore drive. But of course that wasn't a thing back then.

I had three known ships of this class in mind: The USS Hummingbird, the USS Roadrunner, and the USS Some-fast-bird-I-don't-know-yet. In my head-cannon, this doesn't become a major class of ship. It just sort of fills a niche until the major kinks and problems of QSD get worked out.

And yes, I know that background was supposed to be projected onto a sphere! At least, I do now... 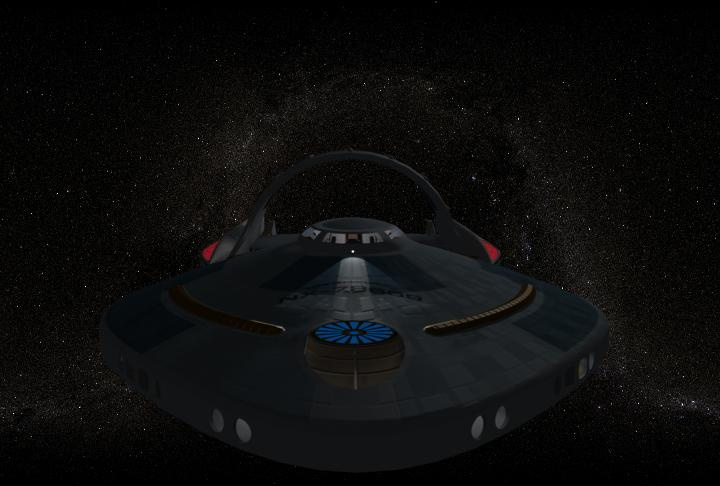 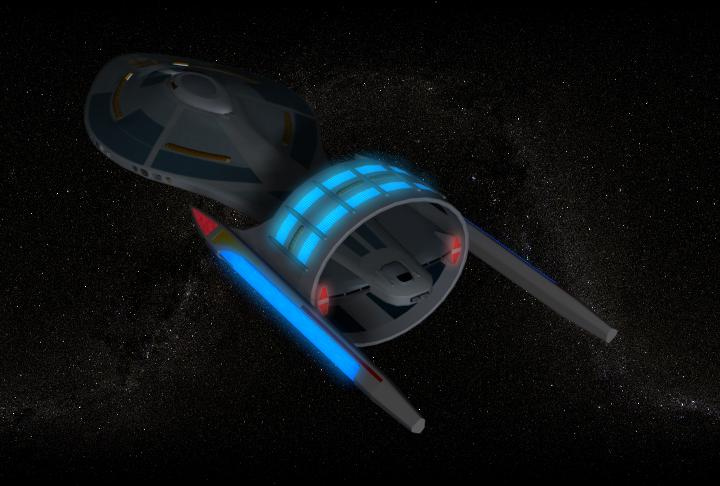 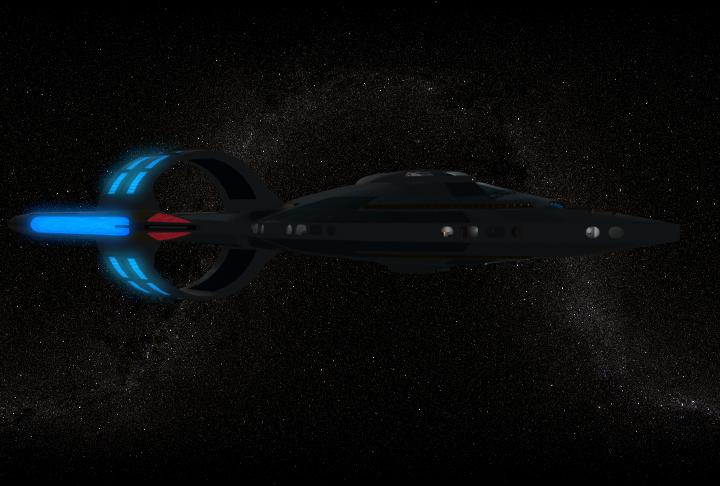 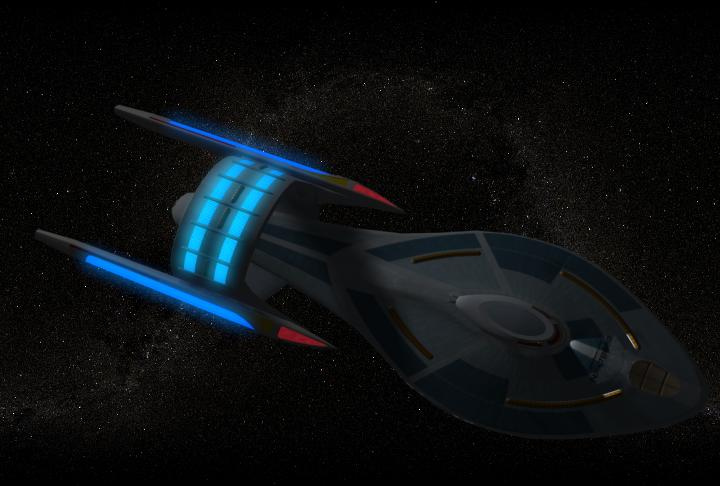 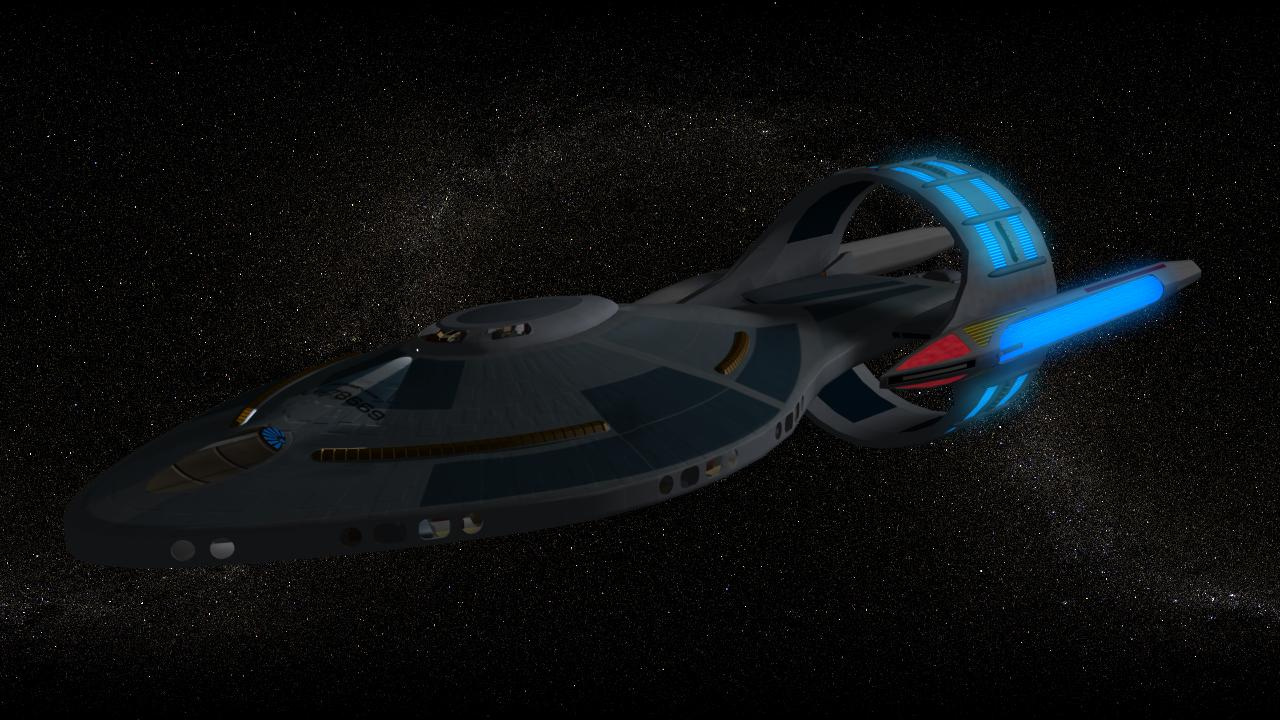 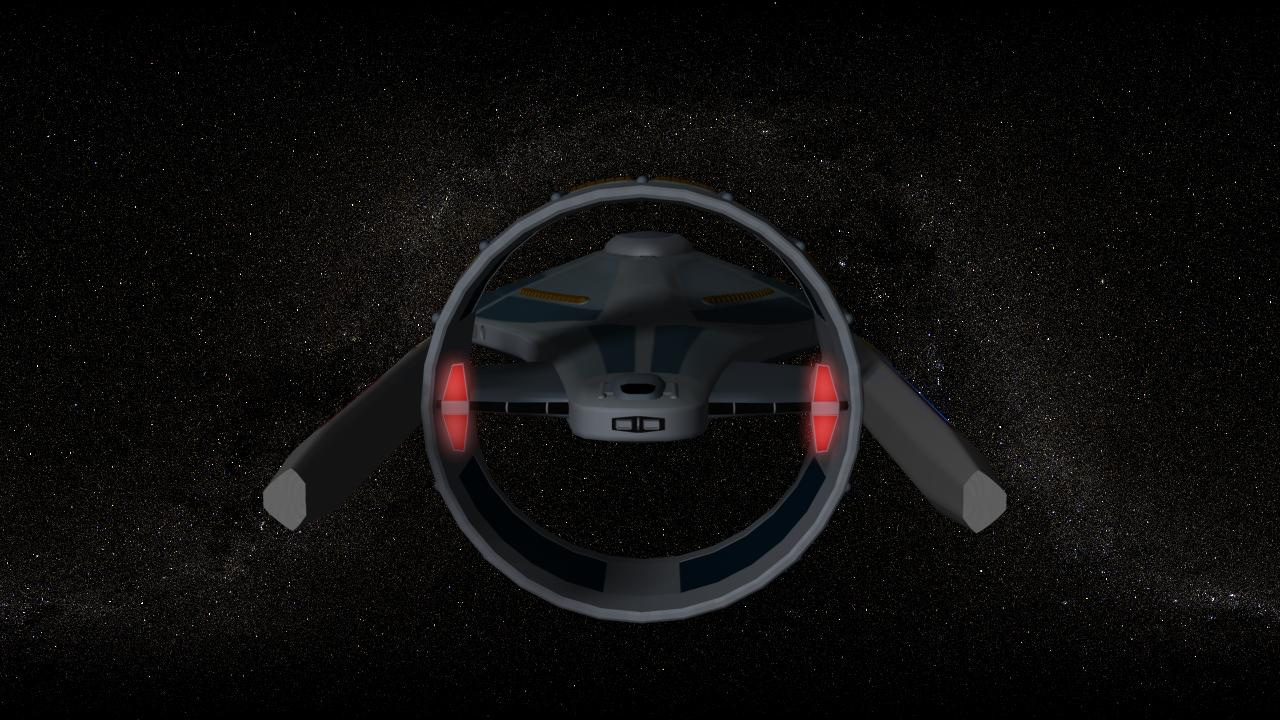