here my latest graphic: post-nemesis starbase deep space nine II, a frontier class starbase. concerning the continuation of the star trek story in the novels, the caradassian-built predecessor station deep space nine was destroyed by typhon-pact forces in 2383. the new space station named deep space nine was the first of the federation's new frontier-class, and the largest deep space station who came in operation in 2385.
The new deep space 9 was designed by David R. George III, Doug Drexler, Andrew Probert and Douglas E. Graves. enjoy my LCARS grapic of this design. 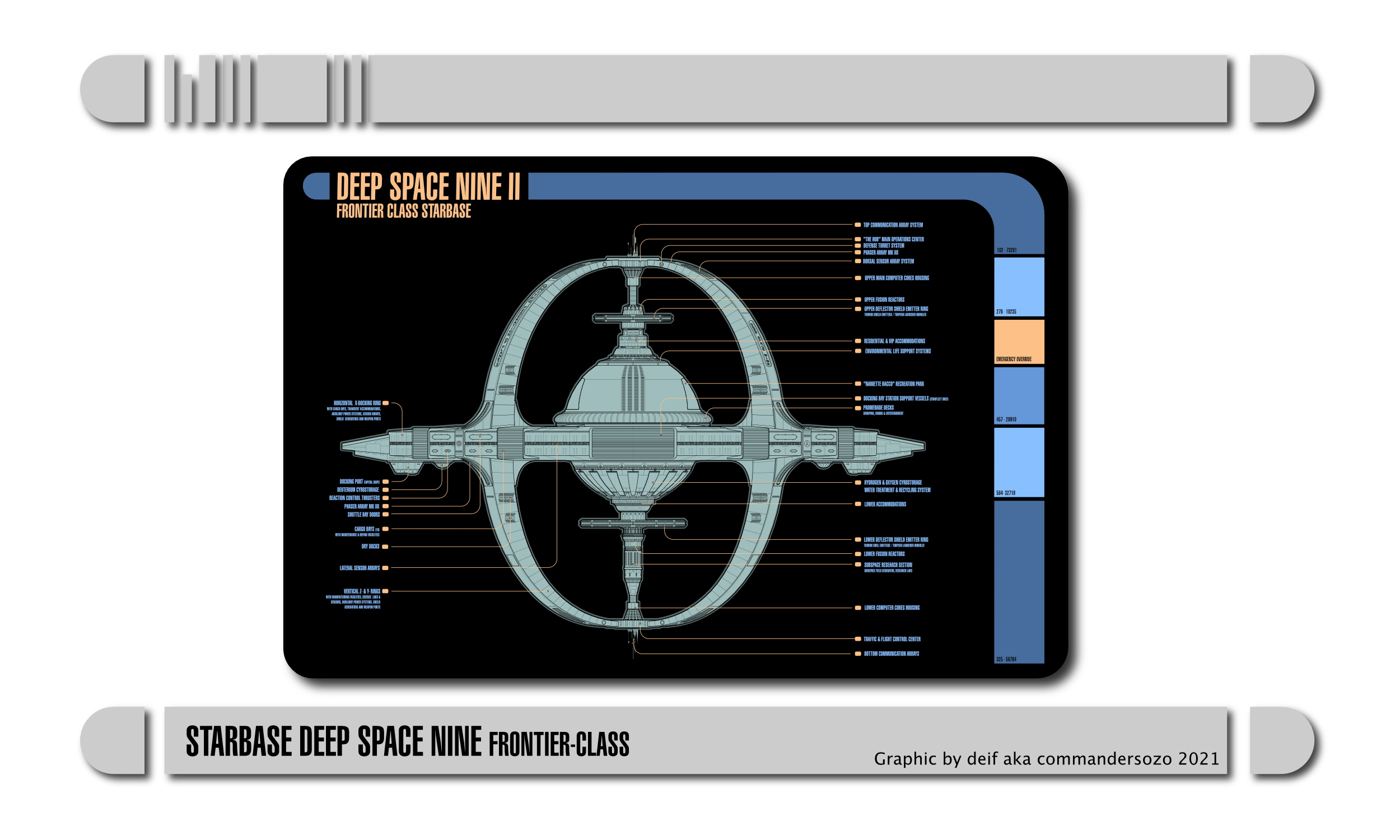