This is a set I originally created in trueSpace a bit over fifteen years ago. At the time, I'd exported to OBJ so someone could do a Lightwave conversion for a fan film. I was able to get the LW files from him and export to FBX (after some cleanup in LW using the trial version) and pull it into Blender. This is the current state and I will be working toward a render of the set as it was but in Blender, followed possibly by some partial rebuilds and a style/detail update to match my TFF corridor plans.

Everything you don't see here has made its way into a collection in Blender (all of which are arranged in a properly labeled hierarchy). In addition, all polygon groups that should have been a single object within those collections have been merged (though not truly joined - they can still be separated again for now, but I intend to make them whole solids). 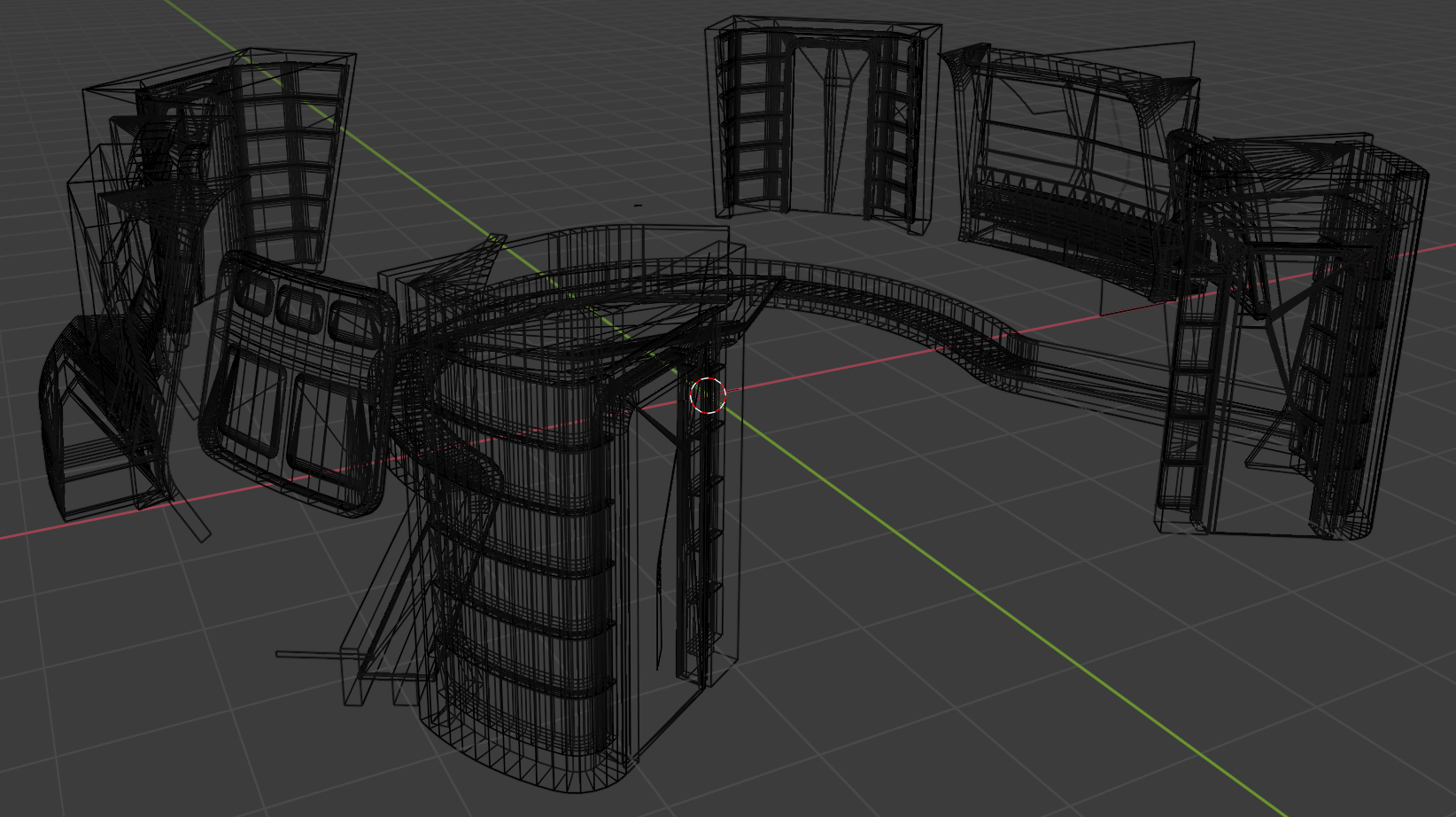 This is essentially the inverse of the prior screenshot (not counting discards), with Blenders outliner expanded to show all nested collections (but not their child objects). I don't like to do deep nesting - just enough to be able to select discrete logical "modules" (collections of parts) that should be able to be moved, rotated, etc. as a group. 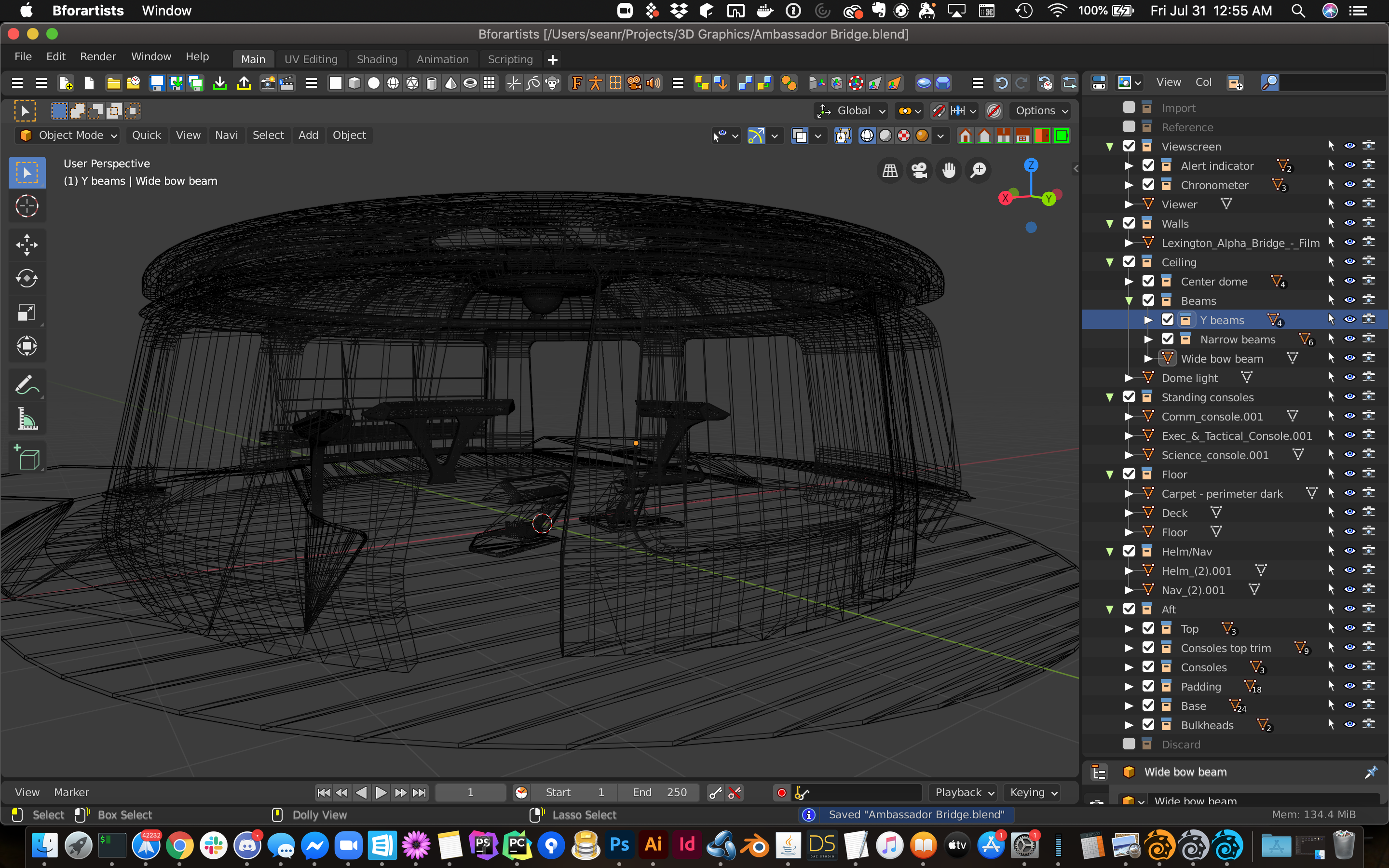 My immediate next step is setting light emitting materials on the parts that should have it (or at least some of them for now) and a test render of that.

I will update this post with a credit for the original LW conversion when I hear back from him on what he wants here (I have his real name, but not a username). He'll also be getting at least an FBX export back out of Blender, though I may keep the Blender file for a while to protect my "secret sauce" a little longer.