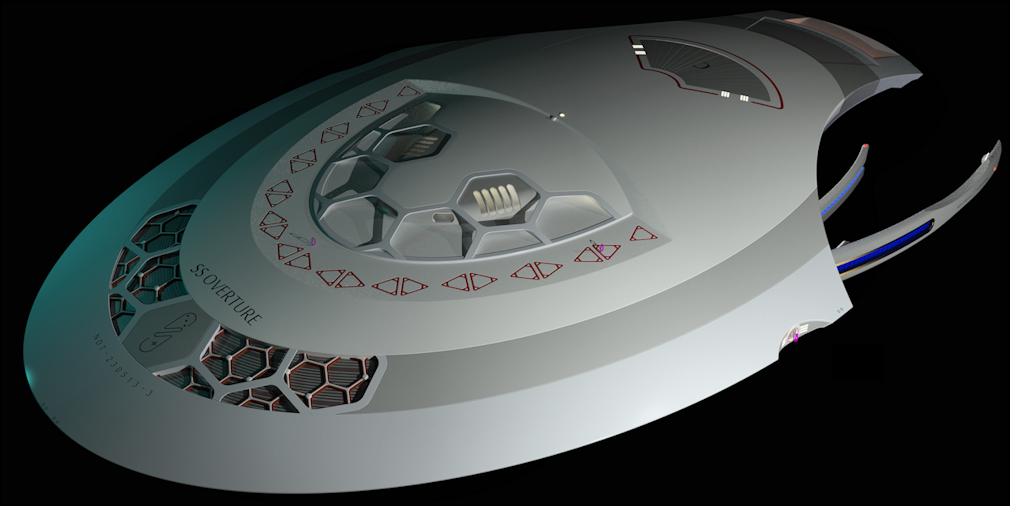 This is the S.S. Overture. It's Federation, but not Starfleet. She and her sister ships Anthem and Canticle are proofs of concept for various drive, weapons and material technologies.


When I worked on the Anthem, one of the problems I had was that while AutoCAD could produce an elliptical saucer, it wouldn't allow me to edit it. I had to stick with a circle.

I finally figured out how to do it (it was much easier than I would have thought) so (despite not being really happy with my prior attempts) I thought I'd try another Federation ship.

Then I made a mistake. I worked on the drawing in AutoCAD 2018, which seems to still have a bug that messes with image output. Until I can figure out how to fix that I have to use a more hand-drawn visual style.