I was really impressed by the work Tommy Kraft was doing for Star Trek: Horizon and I dropped him a line back in February to say so and offered to help out with any VFX work he might need. He took me up on the offer and asked me to build a 22nd Century, Enterprise-era Romulan Bird of Prey for use in the film!

In Star Trek: Online, this design is still in service in the 25th Century as the T'Varo-class light warbird, which is the name I've been using to identify it. Modeled and rendered in Blender, textures created in Photoshop. I'm passing the model over to Tommy for use in 3ds Max for the final film animation and rendering. 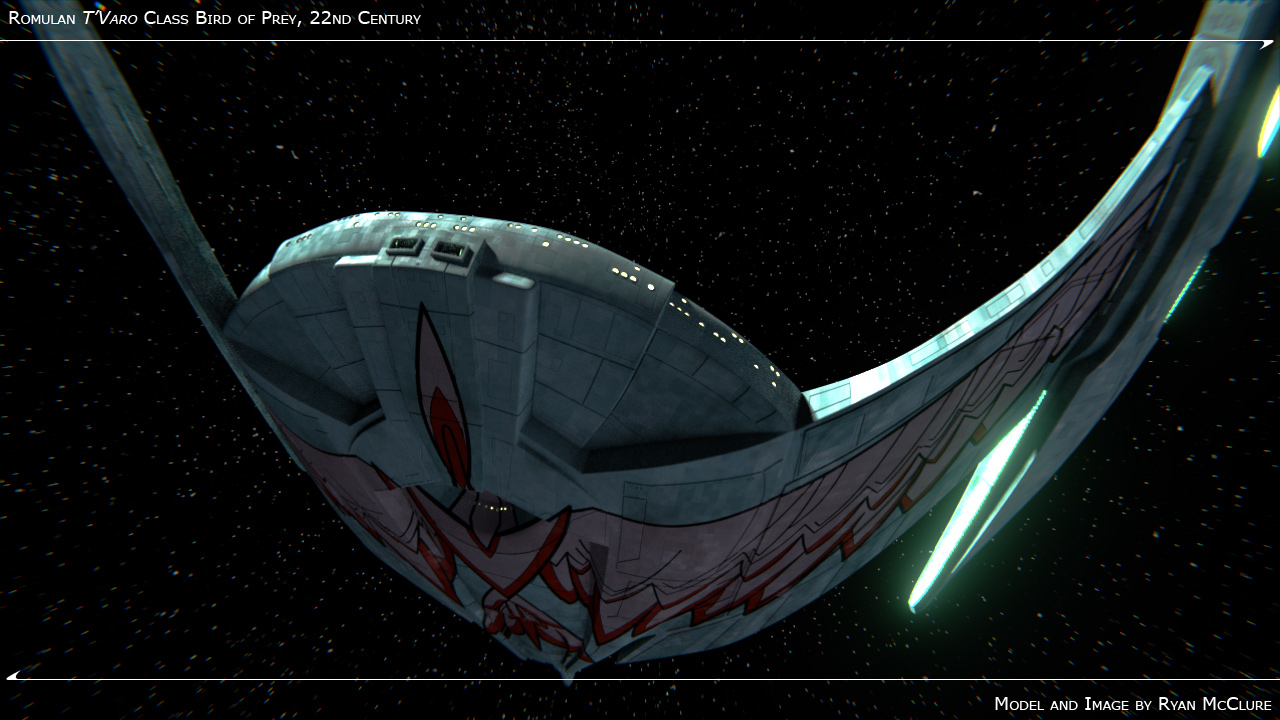