Hello all. Since Sci-Fi Meshes has a physical modeling section I figured that I would post some pictures of the ships that my brother has made for me over the years. He started off very basic in the modeling and casting and now he can produce some detailed little ships in complicated molds. The pictures attached are just some of the ships he has made. The ships themselves are made from an epoxy call Kneadatite and the mold that he makes are out of resin that you can buy at any hardware store.

The ships in the pictures are:
Stargate Universe - Aurora-class Ancient ship, X-303 (Prometheus), the Excalibur (inspired by a member on this site-his design), BC-304 (Daedalus), O'Neil-class Agard ship and a Ha'Tak

I have more but I will post them later. As for the recent ships he has made for me, they are: A new version for the Dreadnaught (SW) which you will see in later pic, Advanced Whitestar (B5), and the Valen MKII-class crusier (B5-Lost Tales). Once I finish the last two I will post them. Tell me what you think of my brother’s creations. Sorry about the paint jobs (by me), they are a bit crude. 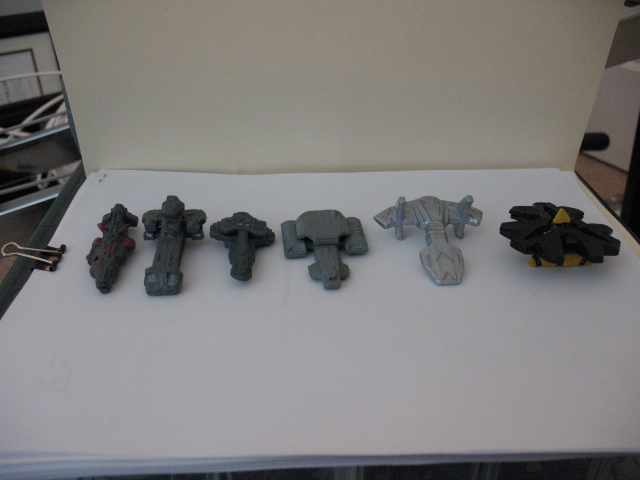 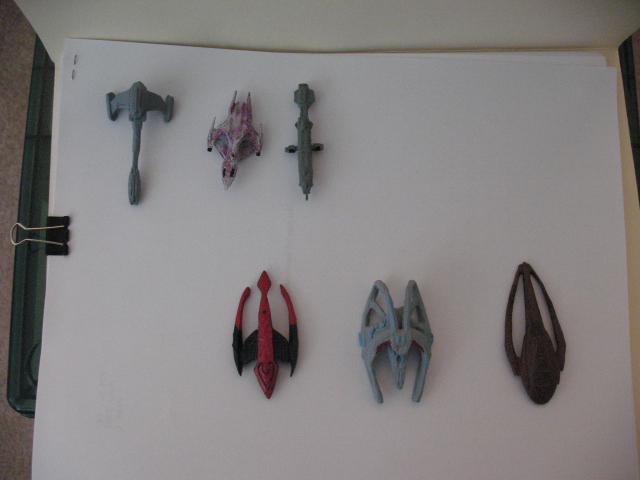 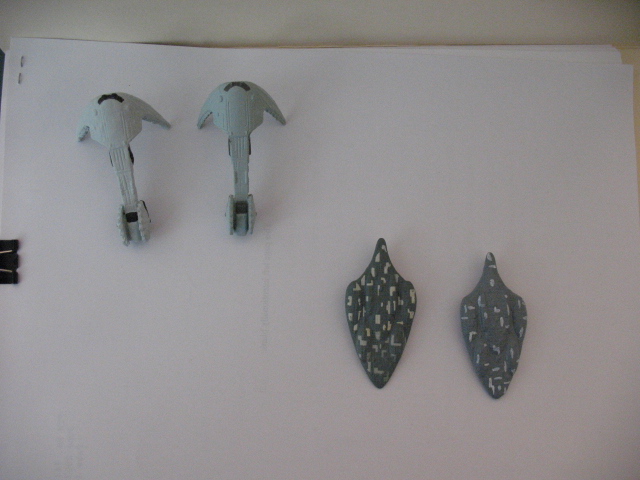 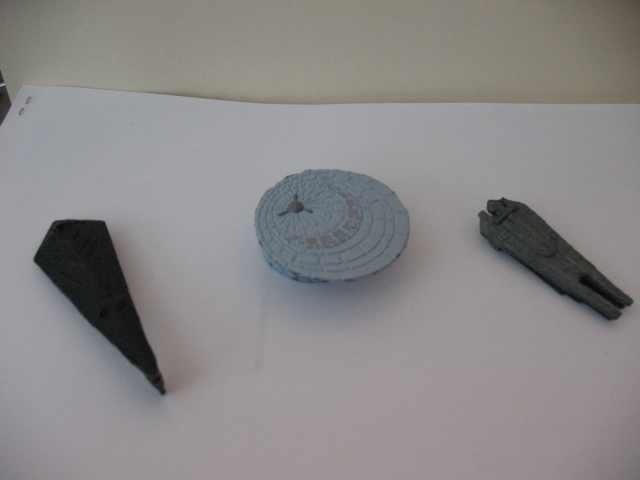 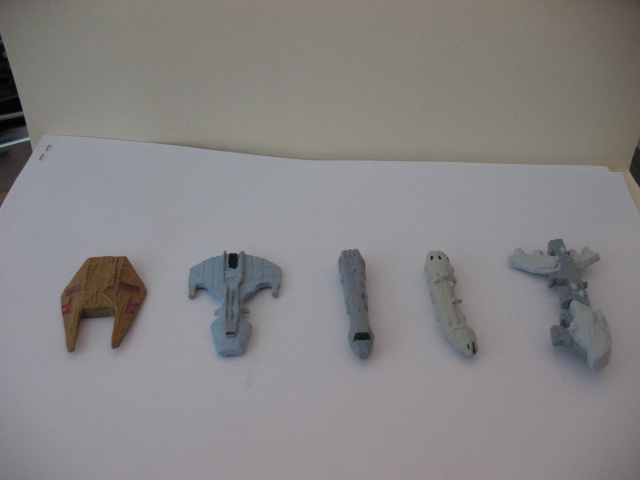