Recreation of the bridge of the Excelsior from Star Trek III: The Search for Spock, Modeled in Blender, Bridge graphics created using Affinity Designer. Project began late last year when I was asked to create a bridge for the U.S.S. Hermes, a 24th-century Excelsior class ship, still using a retrofitted version of the original bridge module. As I began working on the Hermes, it became clear that I should model the original Excelsior bridge as well. There was very little reference material available, an orthographic view from Ex Astris Scientia, and a set of blueprints from Cygnus-X1, as well as pausing the movie a thousand times. I also studied Donny Versiga's WOK bridge for the details on the Helm that could be made out on screen. I understand this model may not be 100 percent accurate, but I did the best I could and learned a lot in the process. This was my first time doing things like chairs and graphics on my own, it was a little daunting at the time, but I am pleased with the results. 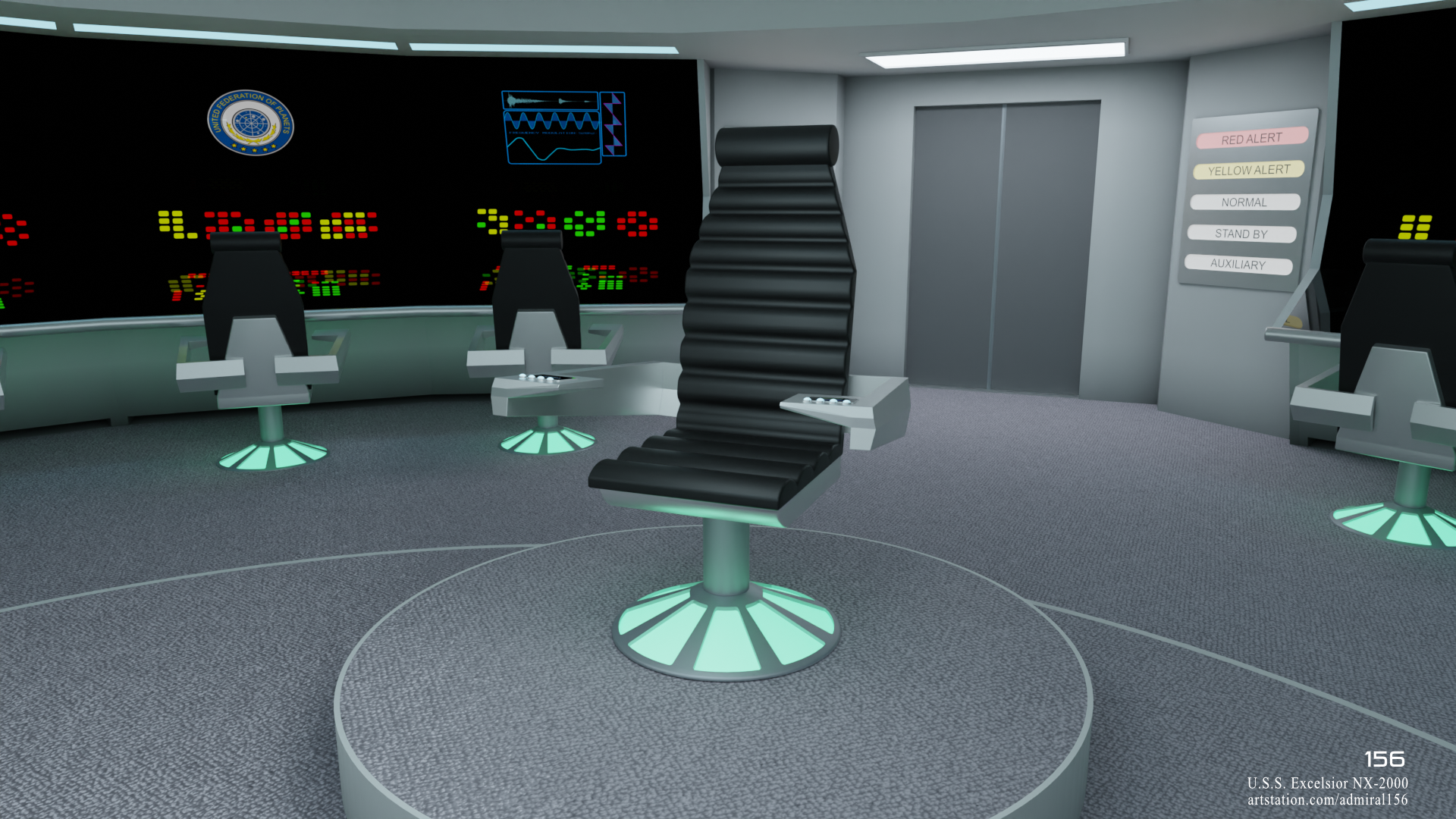 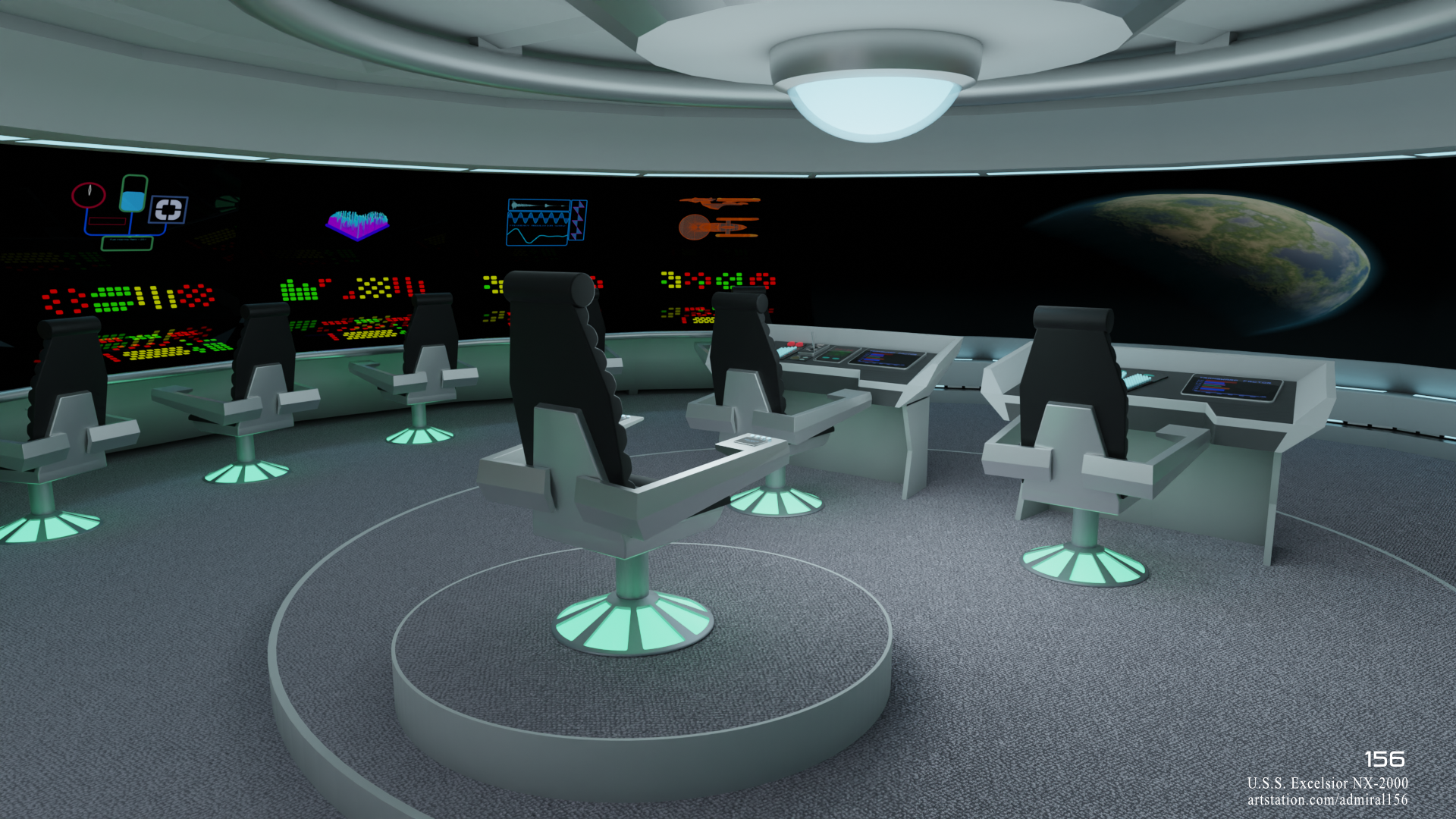 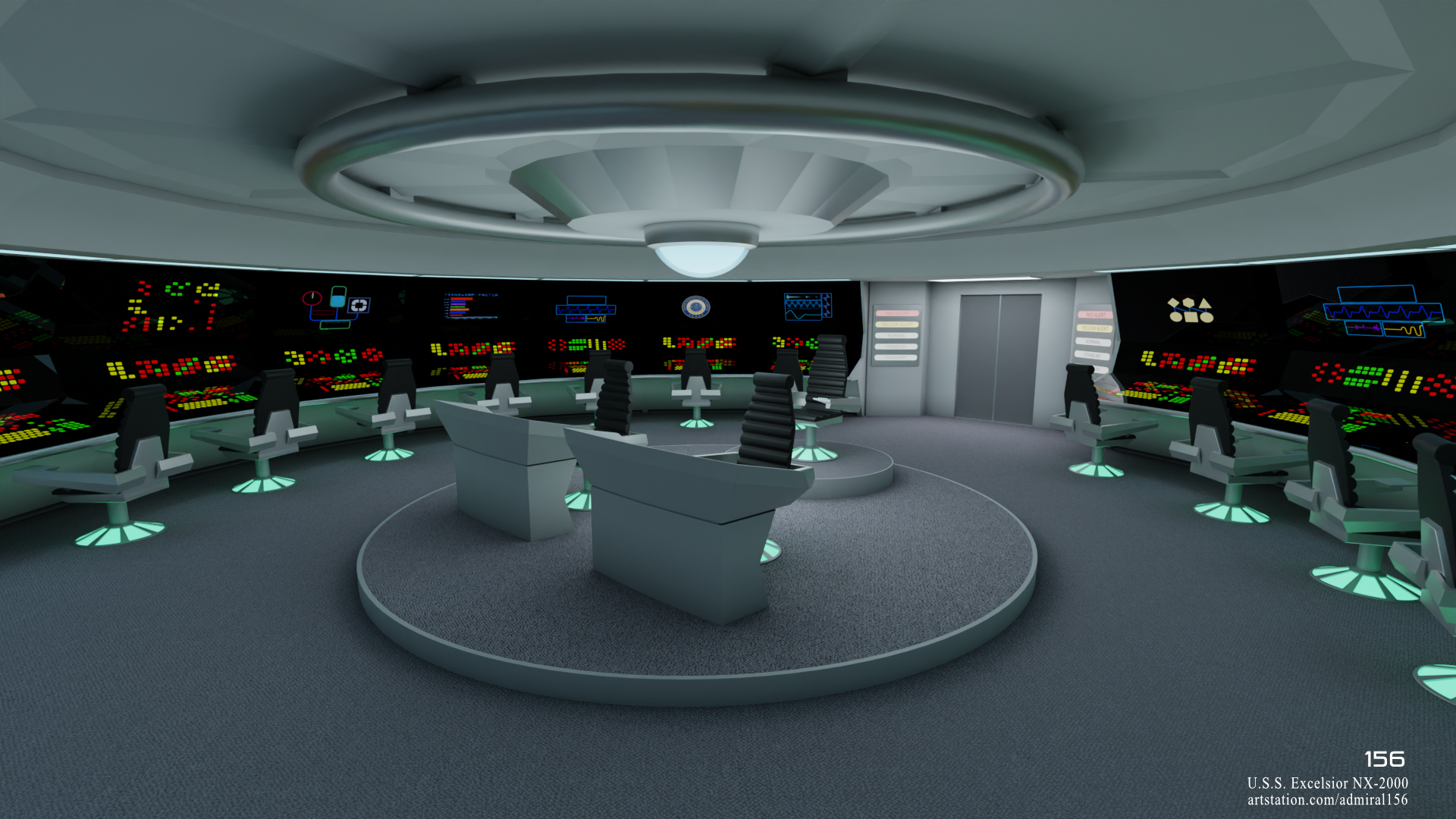 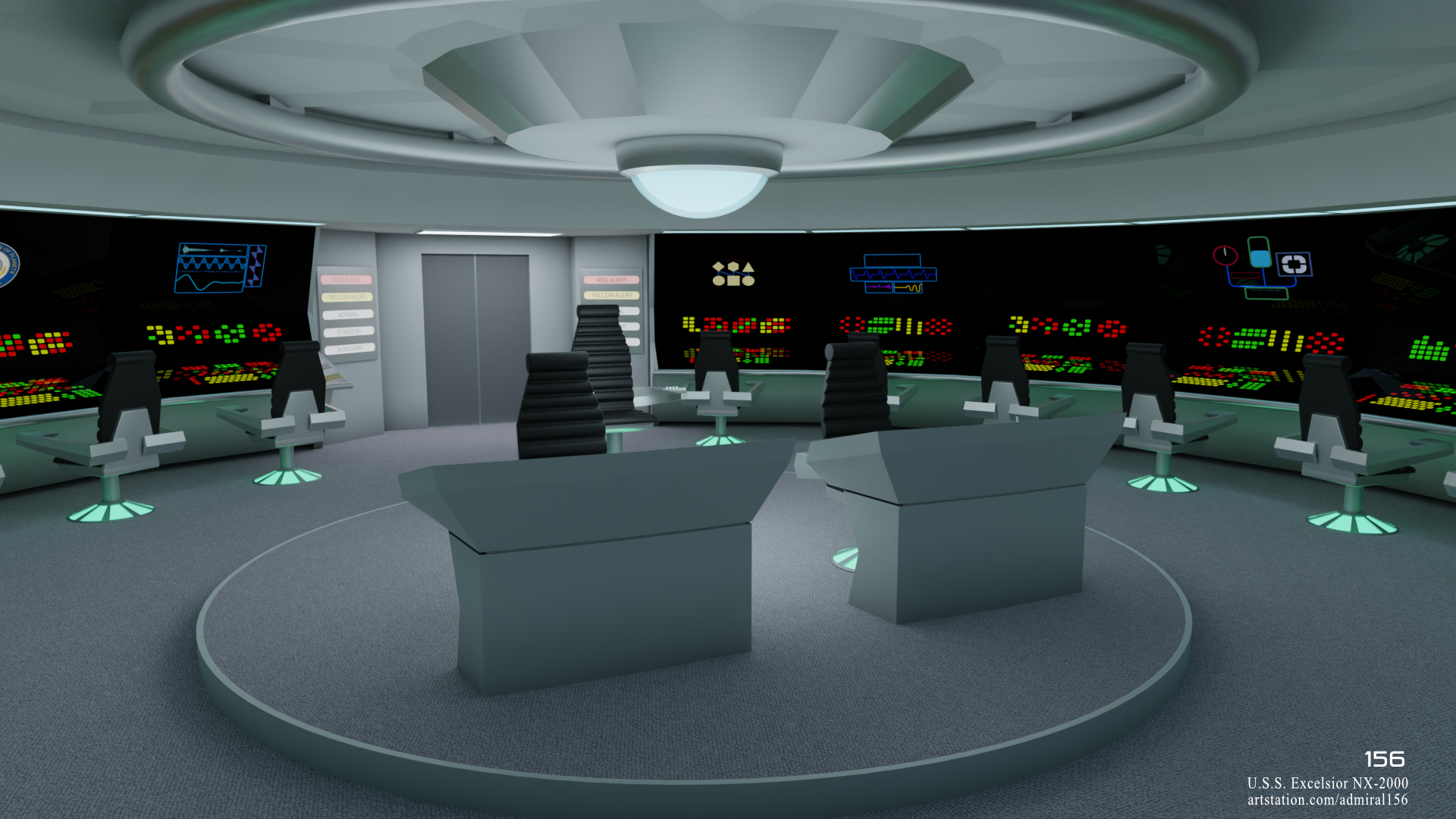 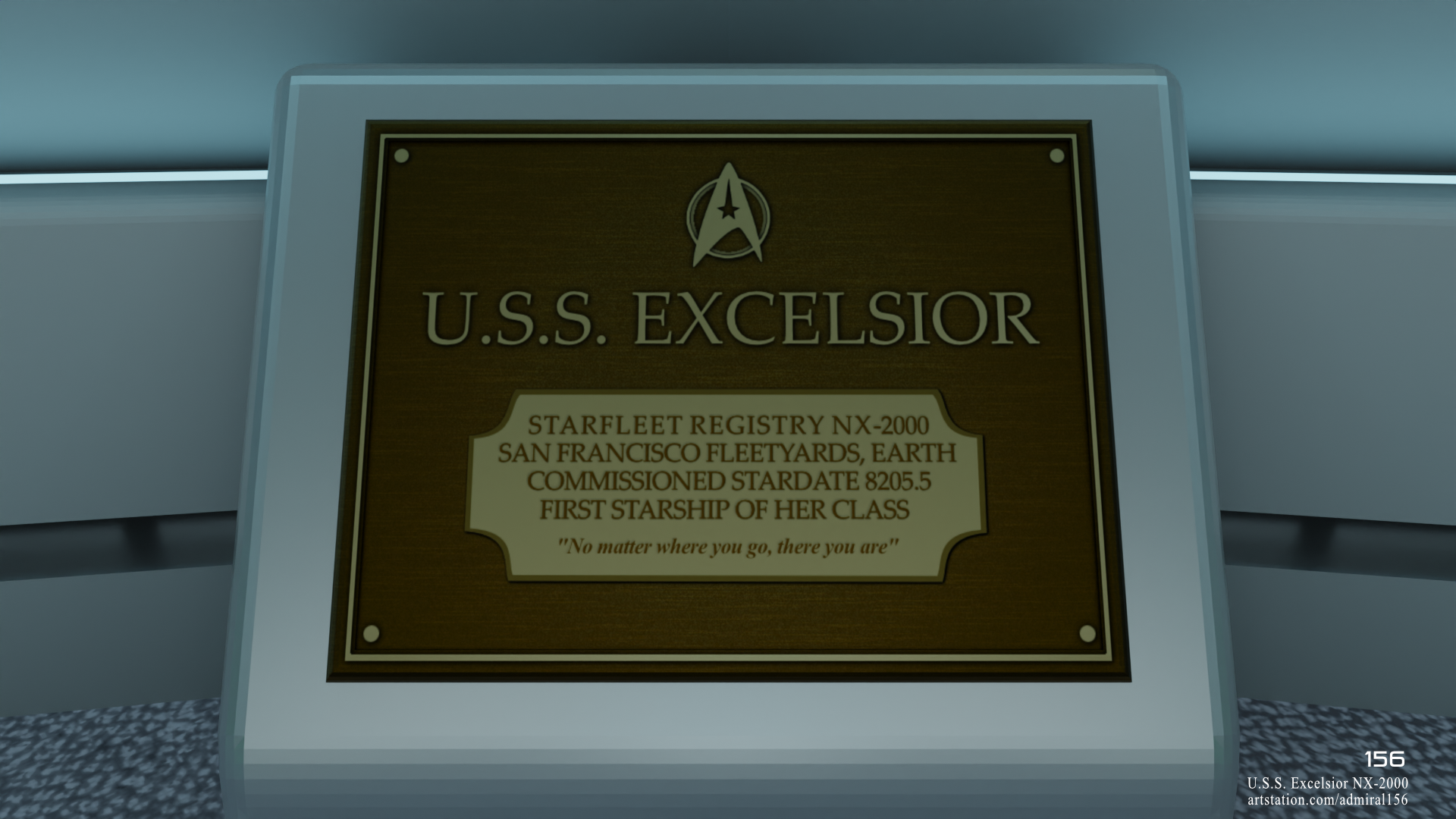 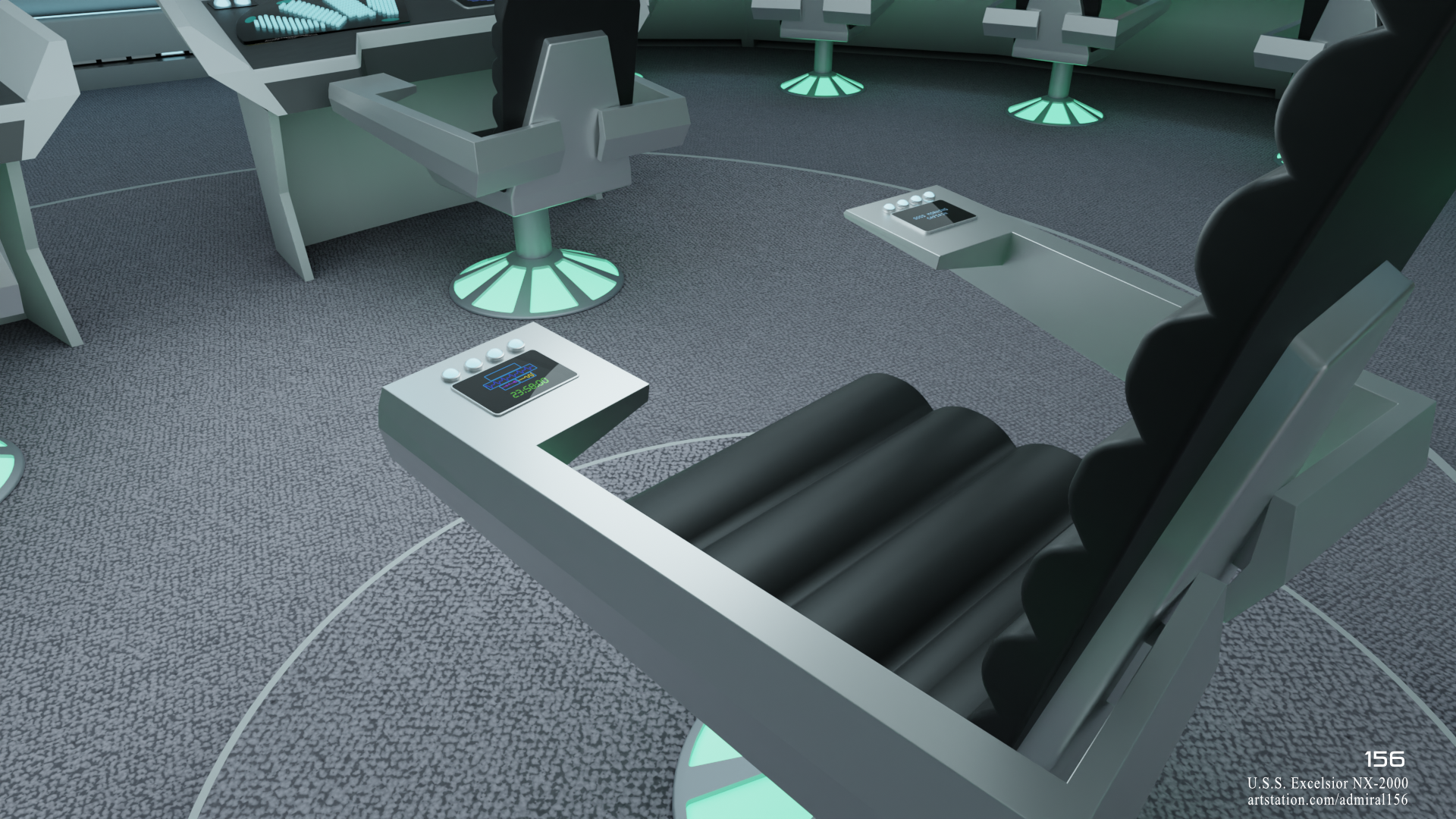 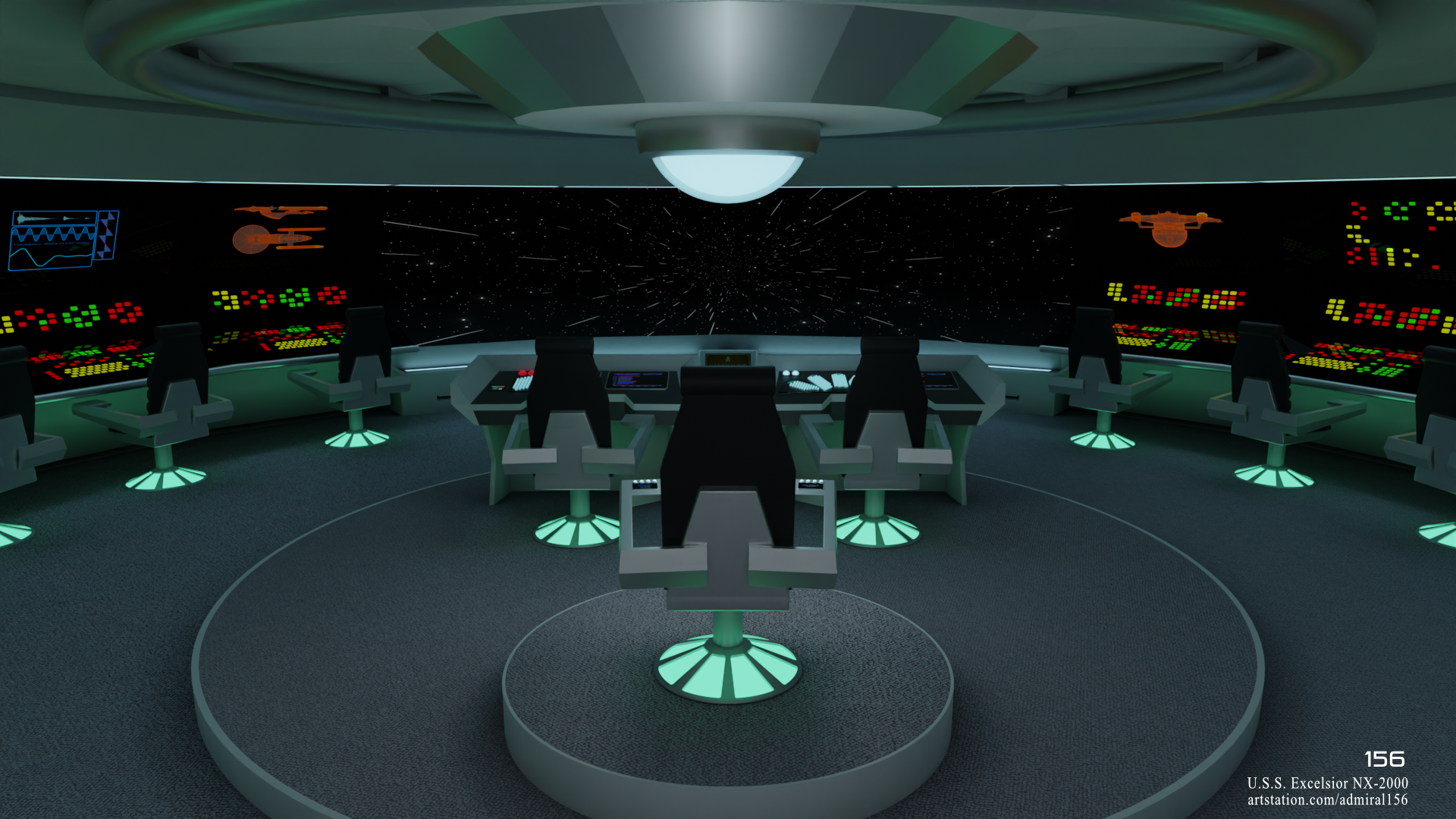 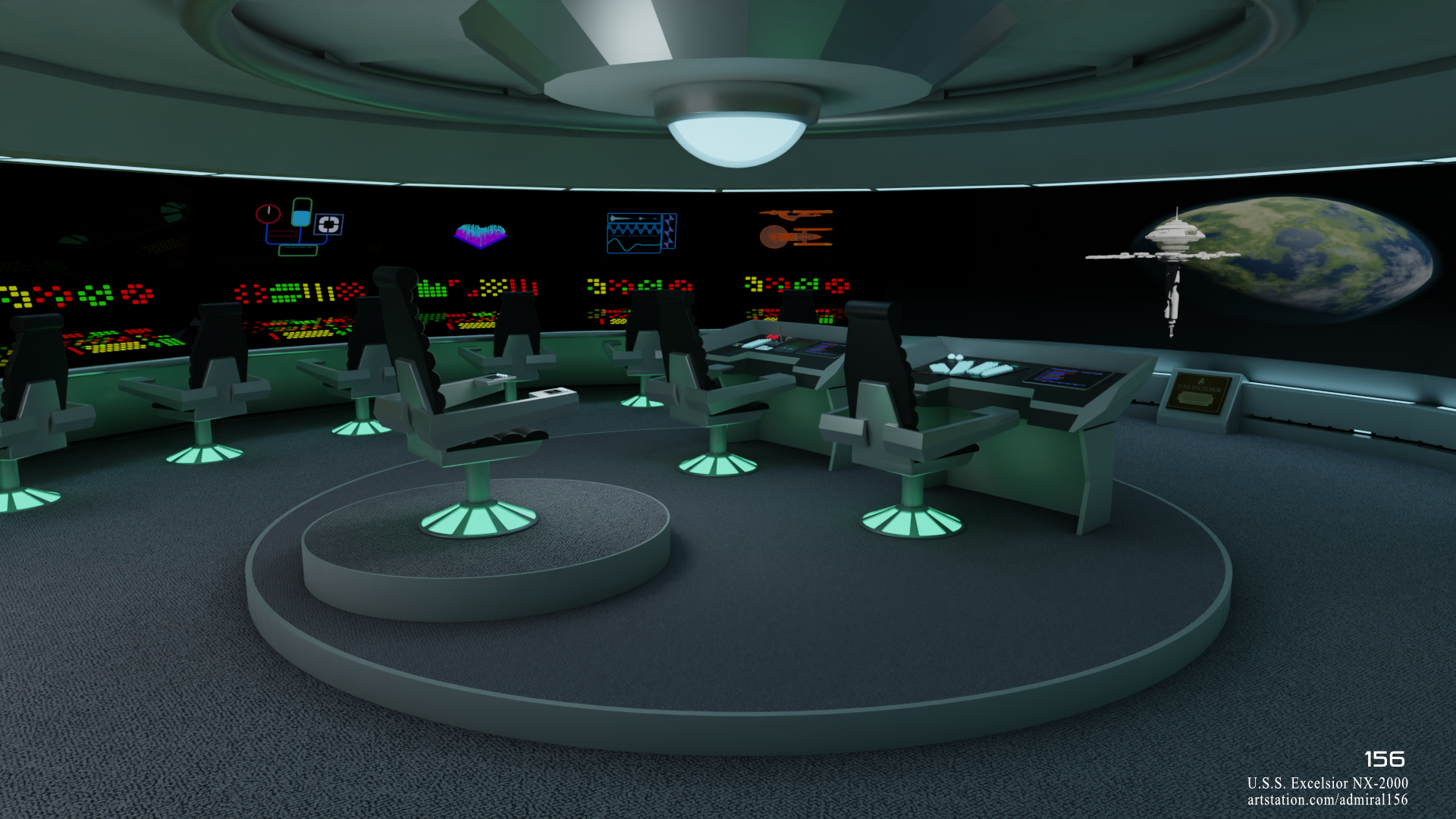 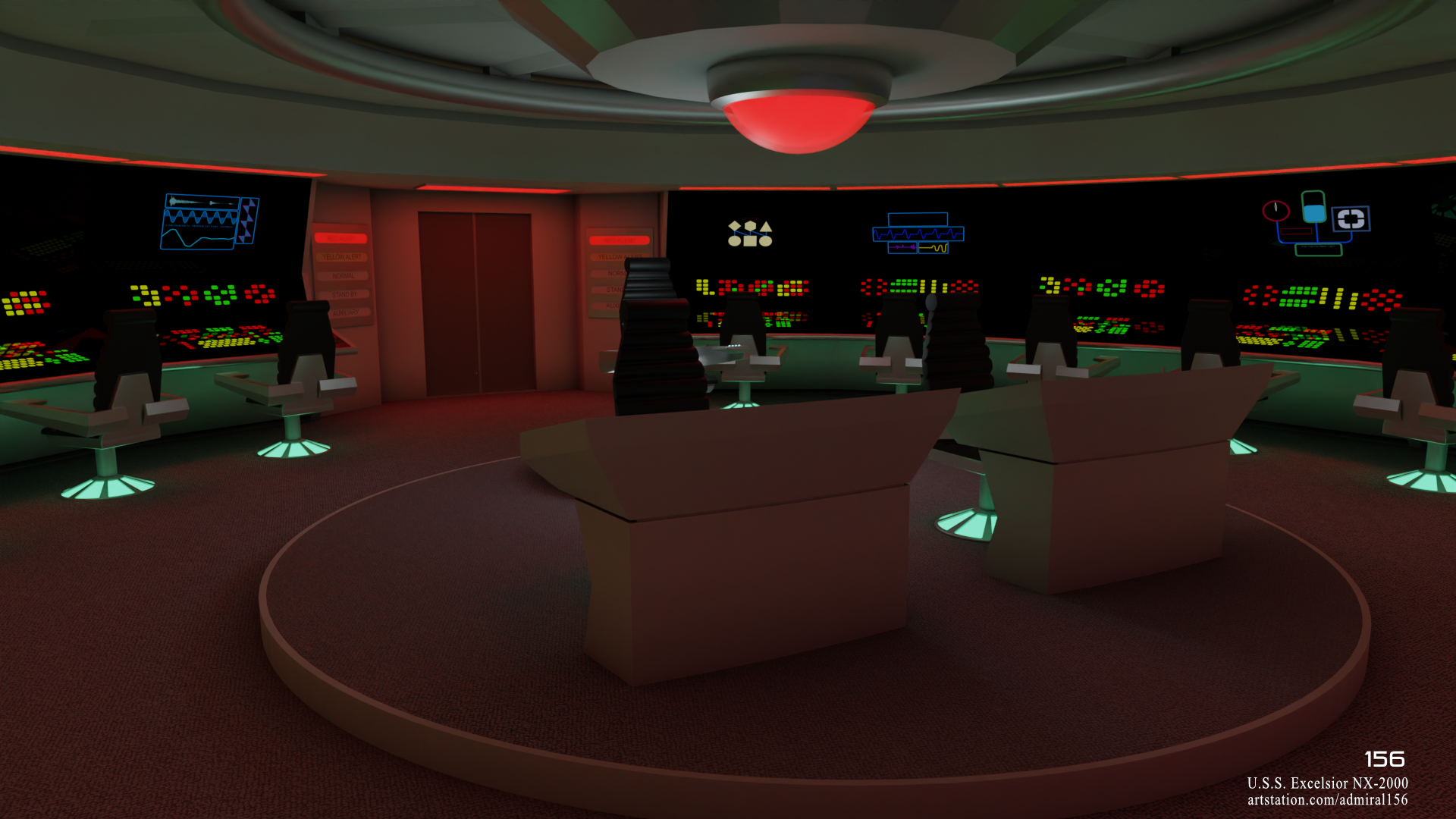 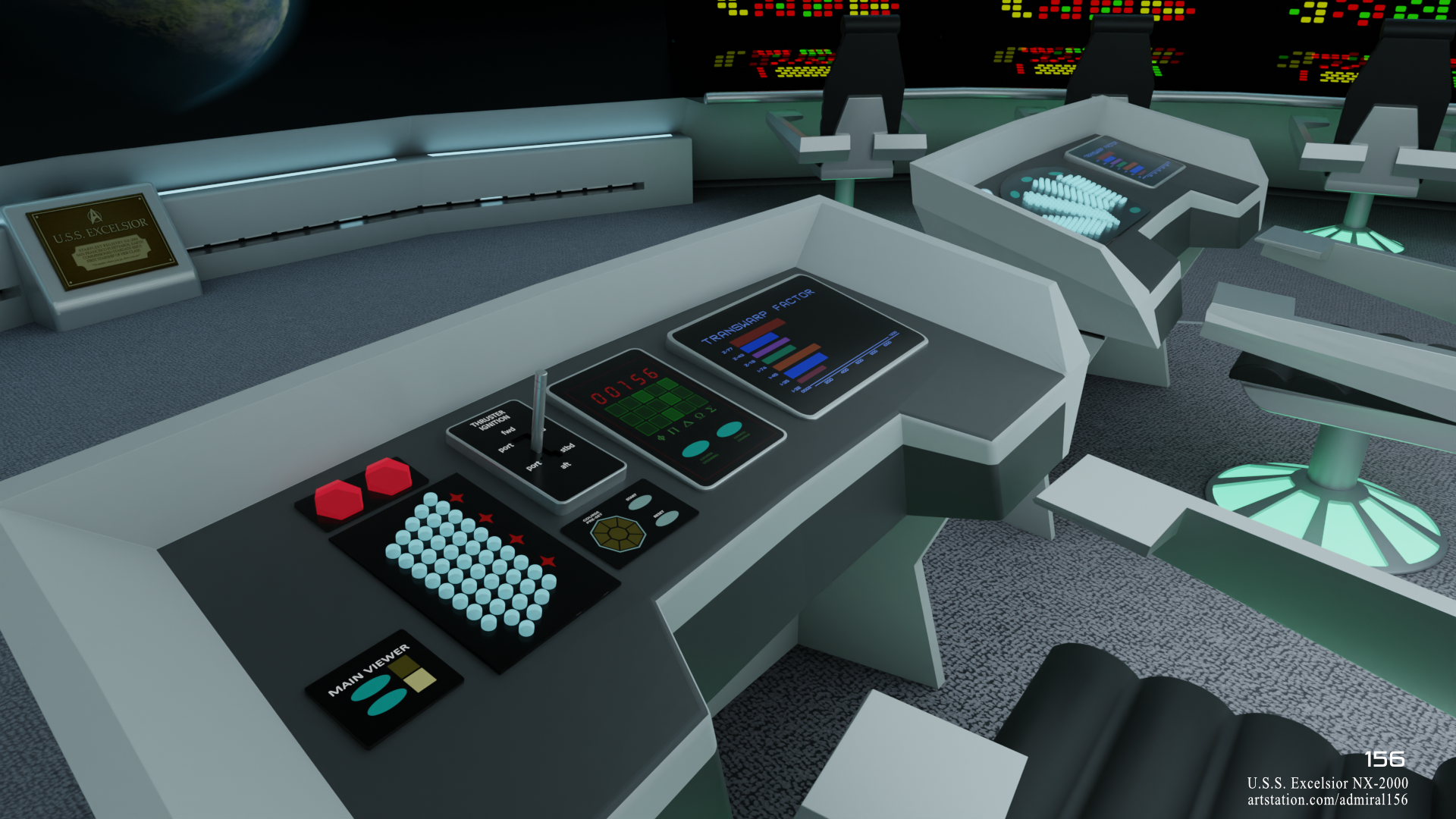