2DTrial by Lightning in the Clouds of Saturn 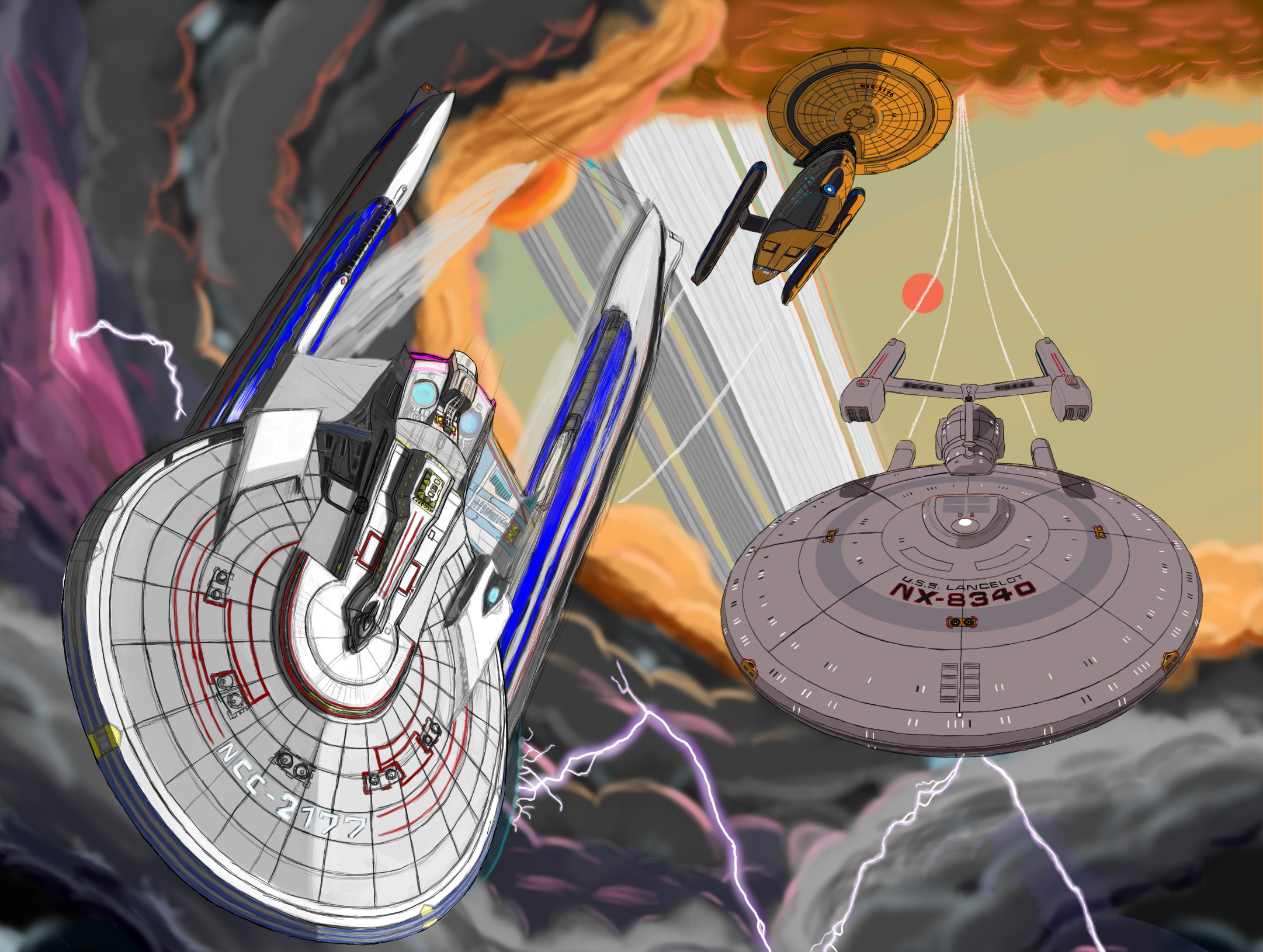 Been working on this for about the past month or so. This is my first attempt at storm clouds, and I have to admit that I'm happy with how they came out. I also been wanted to make a more period-accurate version of the USS Leodegrance, and so here she is-same configuration, but with Excelsior/Lost Era components.

The backstory is Starfleet vessels will often take Hazardous Environmental Flight Tests (or HEFTs for short) in the system they are launched from, usually inside the thick atmosphere of one of the gas giants to simulate the rigors of spaceflight, where encounters with a spatial phenomena can't be ruled out, and have resulted in the loss of many ships. Due to their spectacular sights, the atmosphere of Jupiter and Saturn alike are popular assignments for cadets and officers alike. Here, the USS Leodegrance escorts the brand new USS Lancelot. If she should suffer any serious malfunctions or damage from the lightning storms and high pressure from diving into Jupiter's atmosphere, the USS Leodegrance will tow her back to spacedock. USS Speculator stands as look-out, just in case Leodegrance has any trouble braving the storm as well.

It has been hell trying to get the USS Leodegrance to look right, due to my decision to redesign her with the canted nacelles. The angle still doesn't look quite right, but oh well. Still a lot of work to be done before I can call this done.

I also started on some concept art views today, but those aren't anywhere near done enough to post, and were more for my benefit when it came to figuring out how the components were proportioned.