I've talked a lot about this one in the WIP forums, so I'll try to be brief here.

USS Silverado is the main ship from a comedy fan-fic series over on the Star Traks Nexus and Corner Grocery Store. First described in early stories as a very old Ambassador-class badly in need of refurbishment, the ship undergoes multiple refits over the course of the series. Because she keeps getting banged up, crashed, attacked by alien Quality Assurance fleets, etc.

Although this model started with the intent of very closely following the canon, on-screen Ambassador, that idea ended after I experimented with the angled nacelles. After that I figured 'Forget canon, this ship has been shot up and rebuilt so many times, I can get away with whatever, right?'. So I wound up doing a number of adjustments, including: 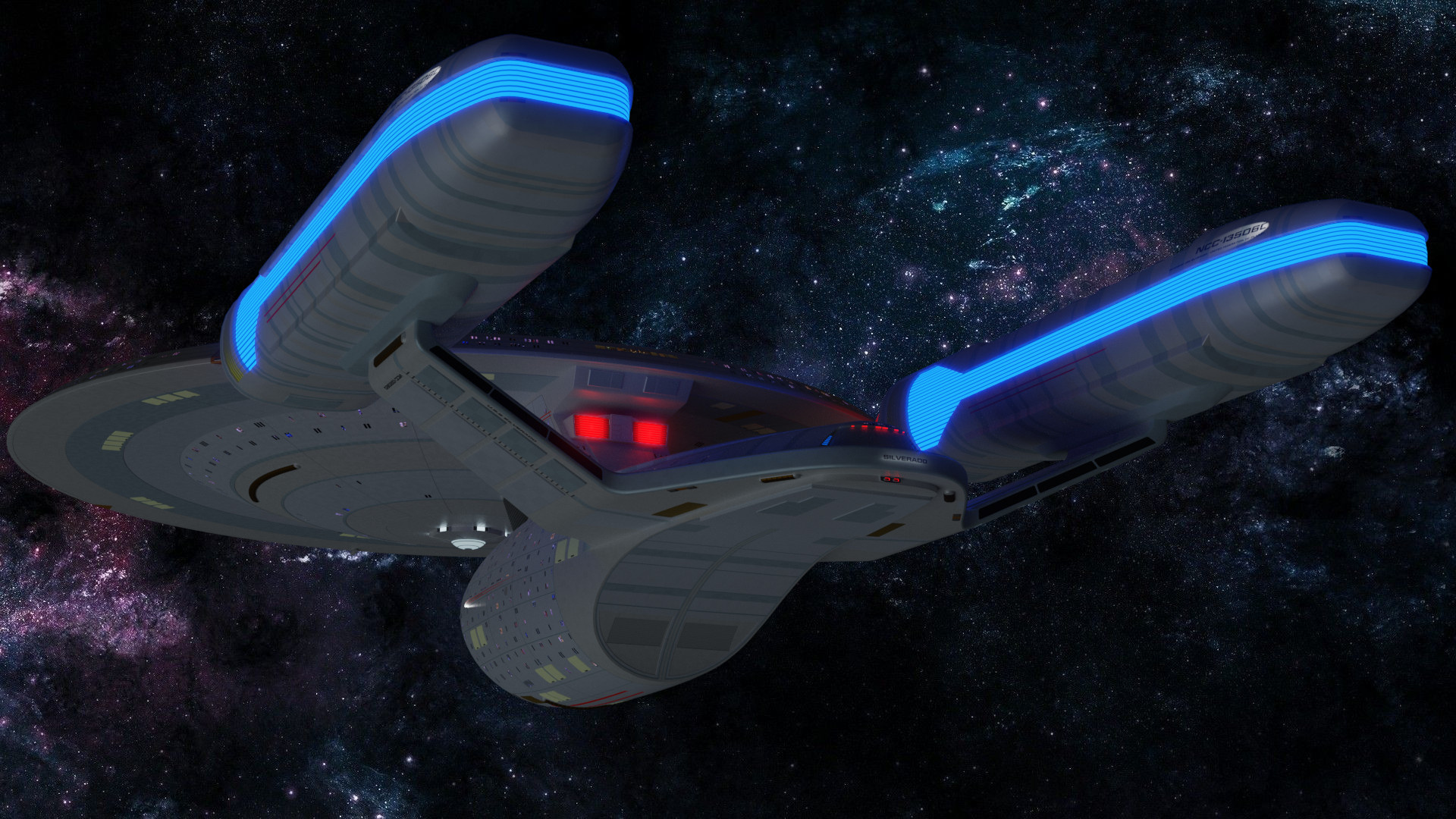 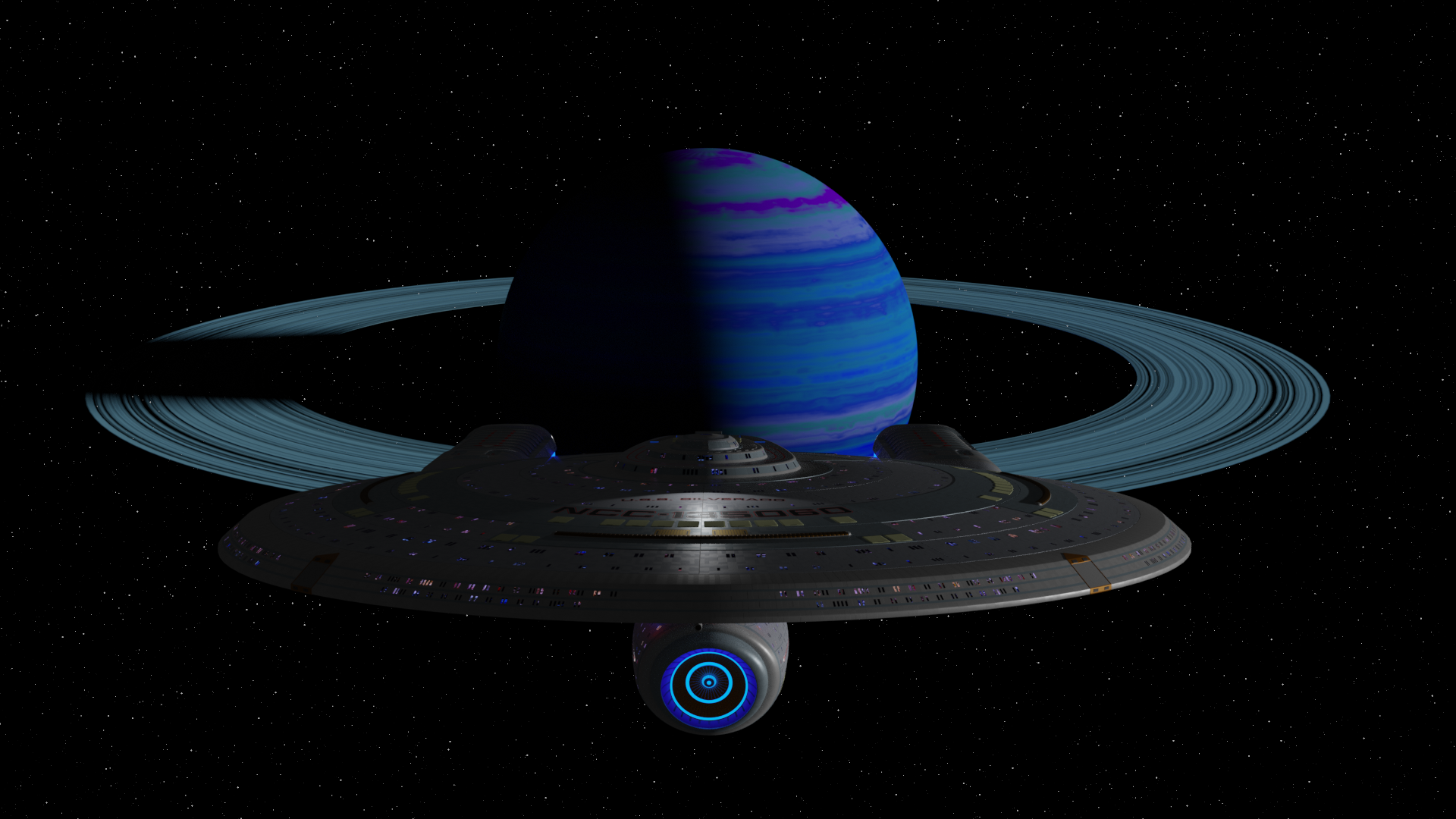 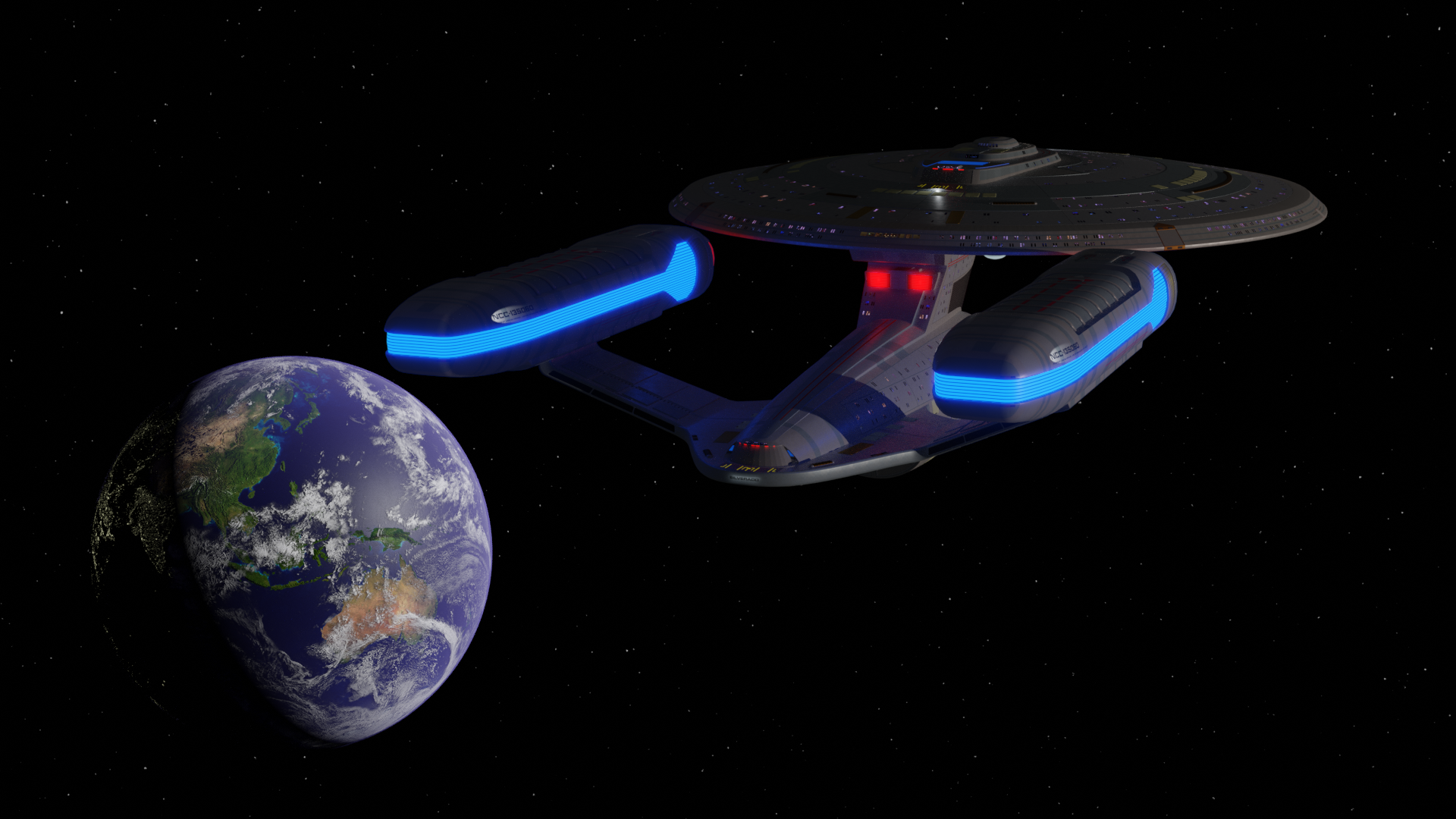 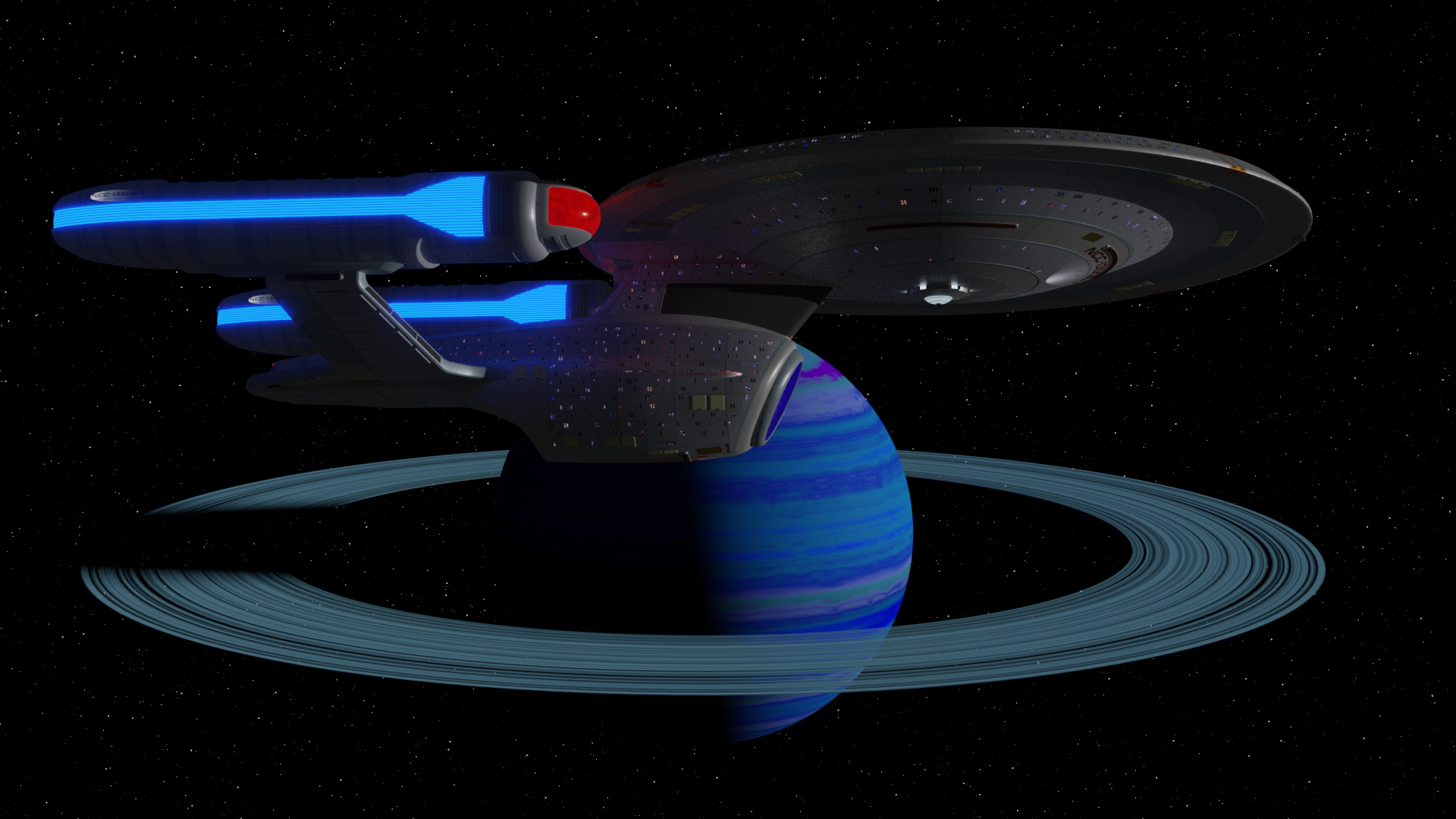 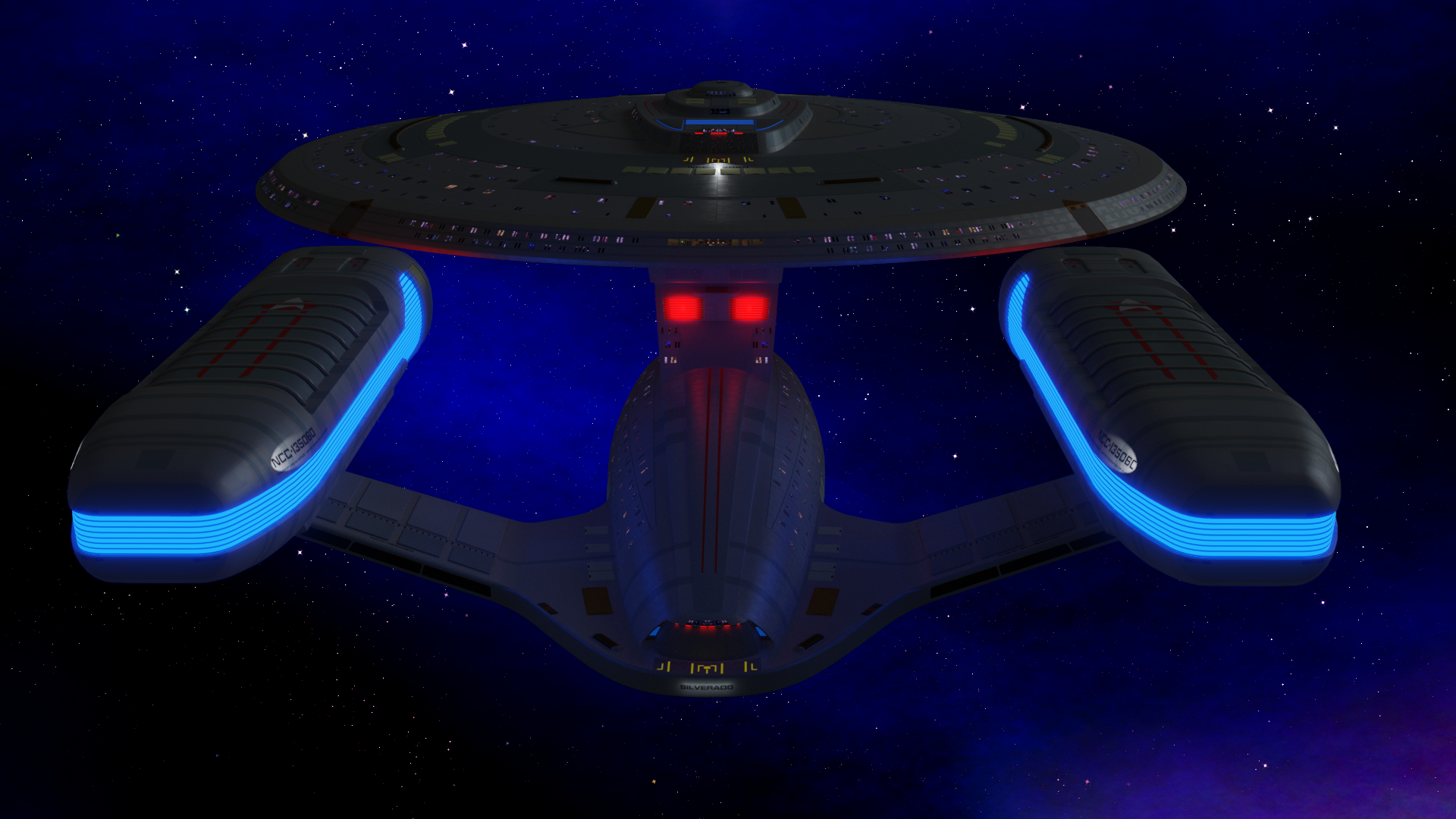 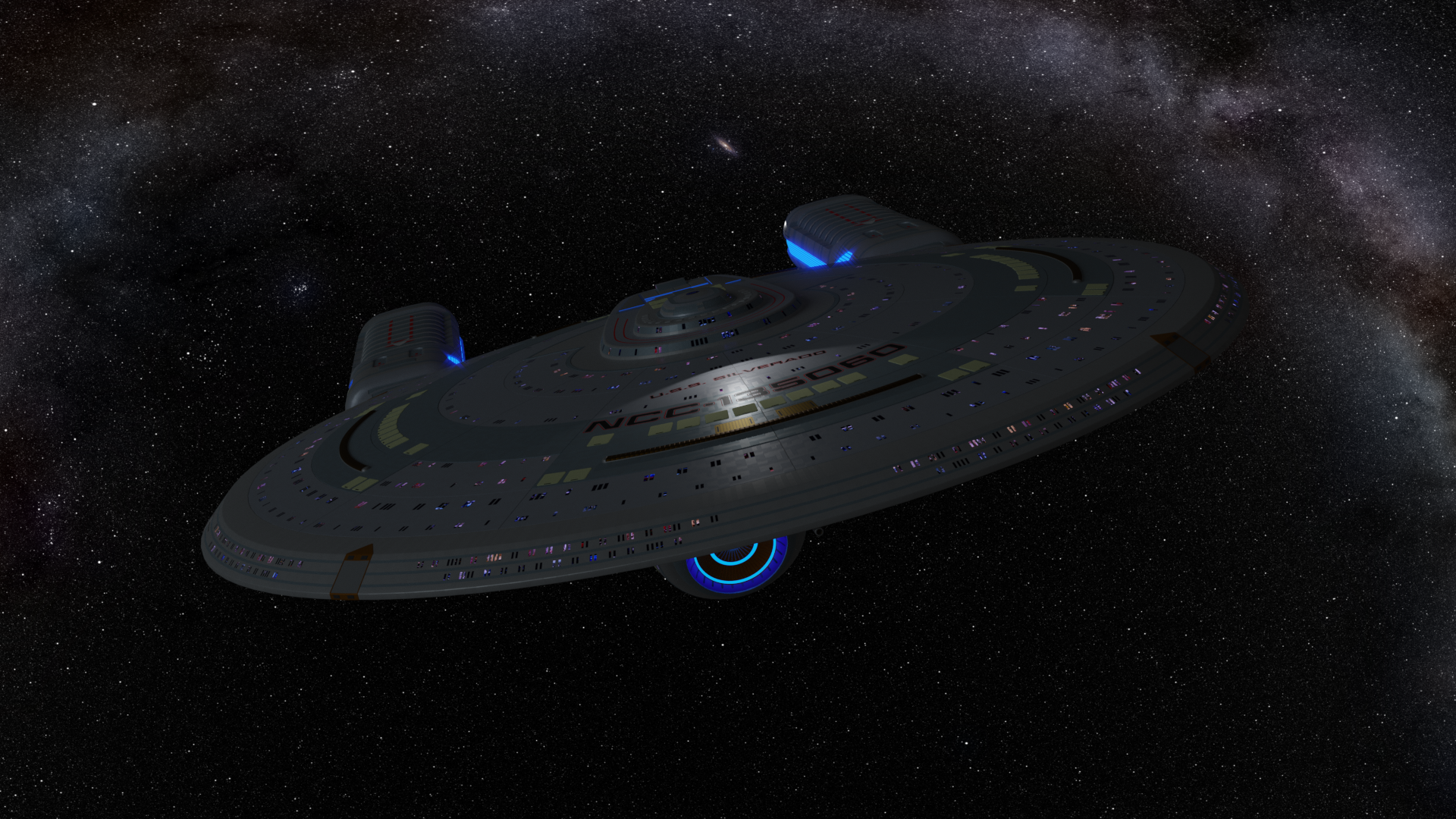 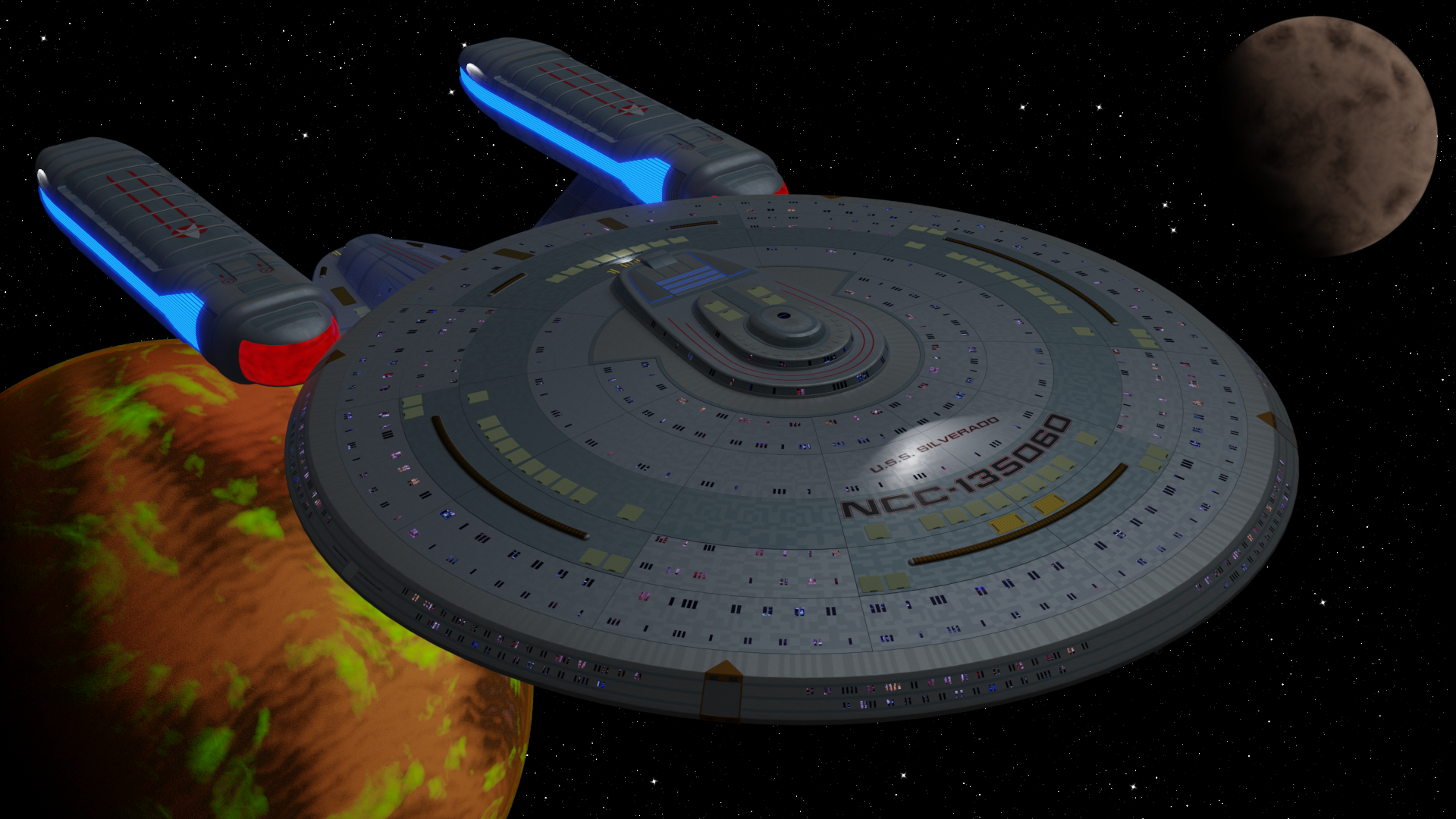 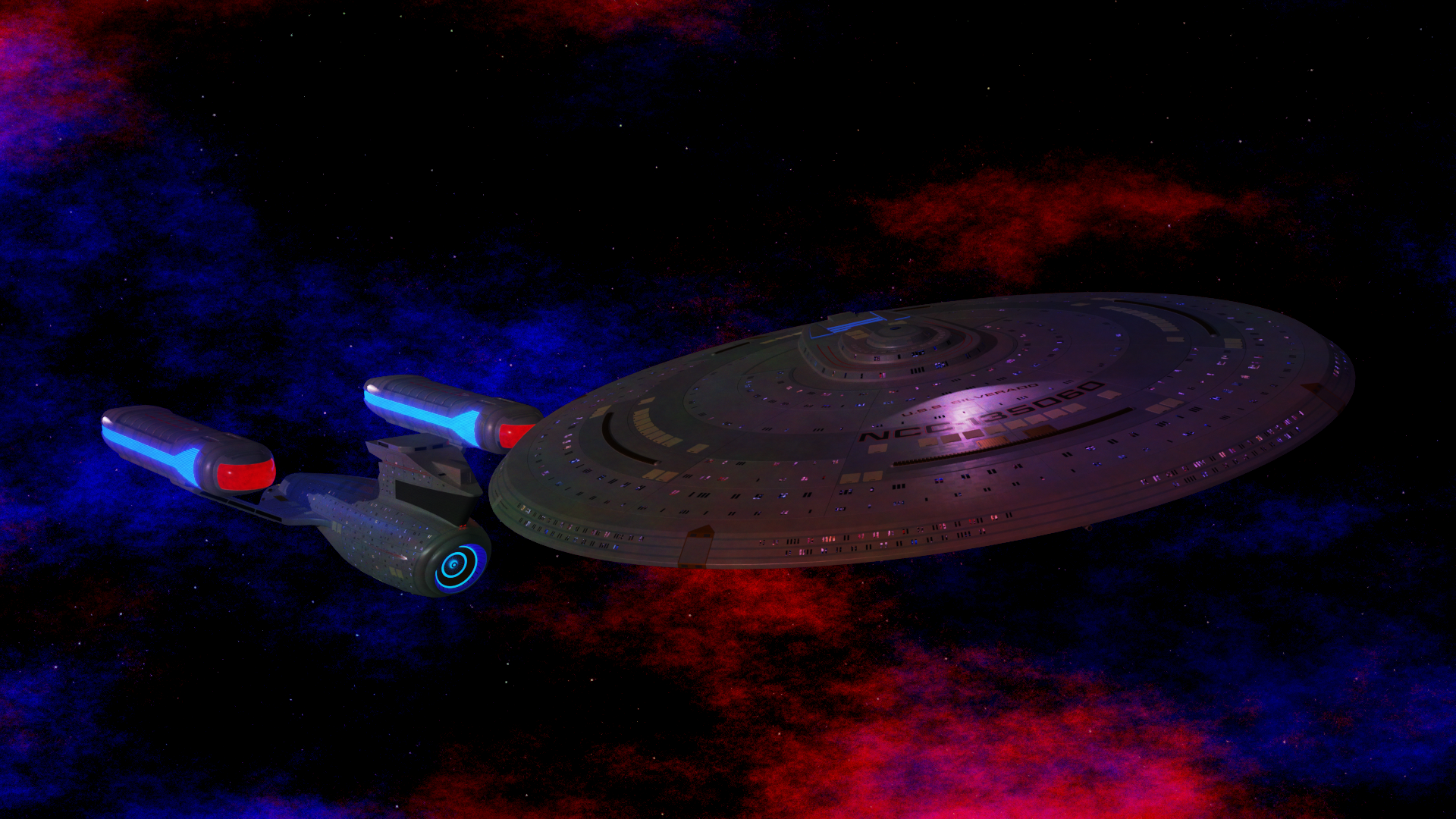 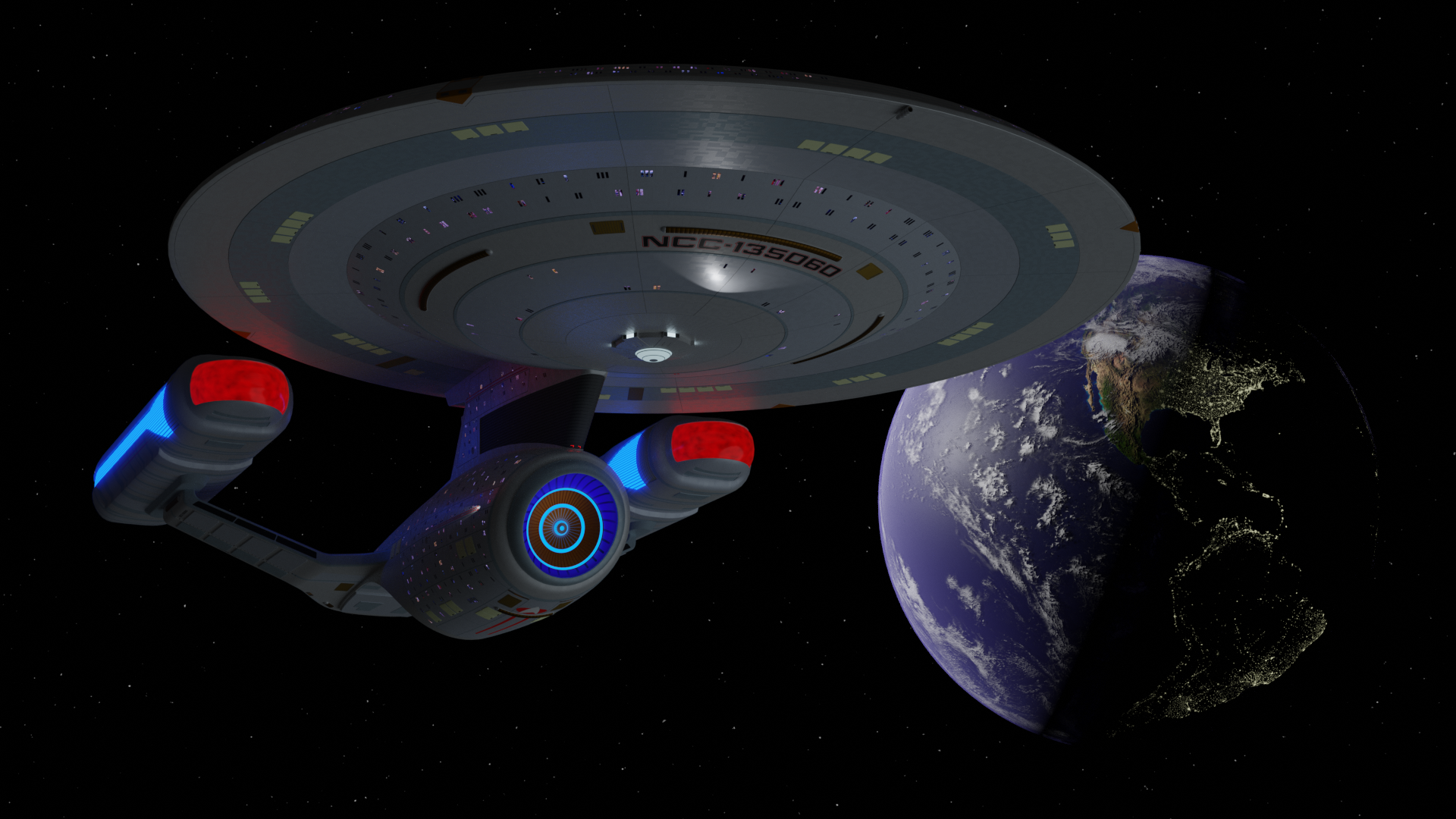