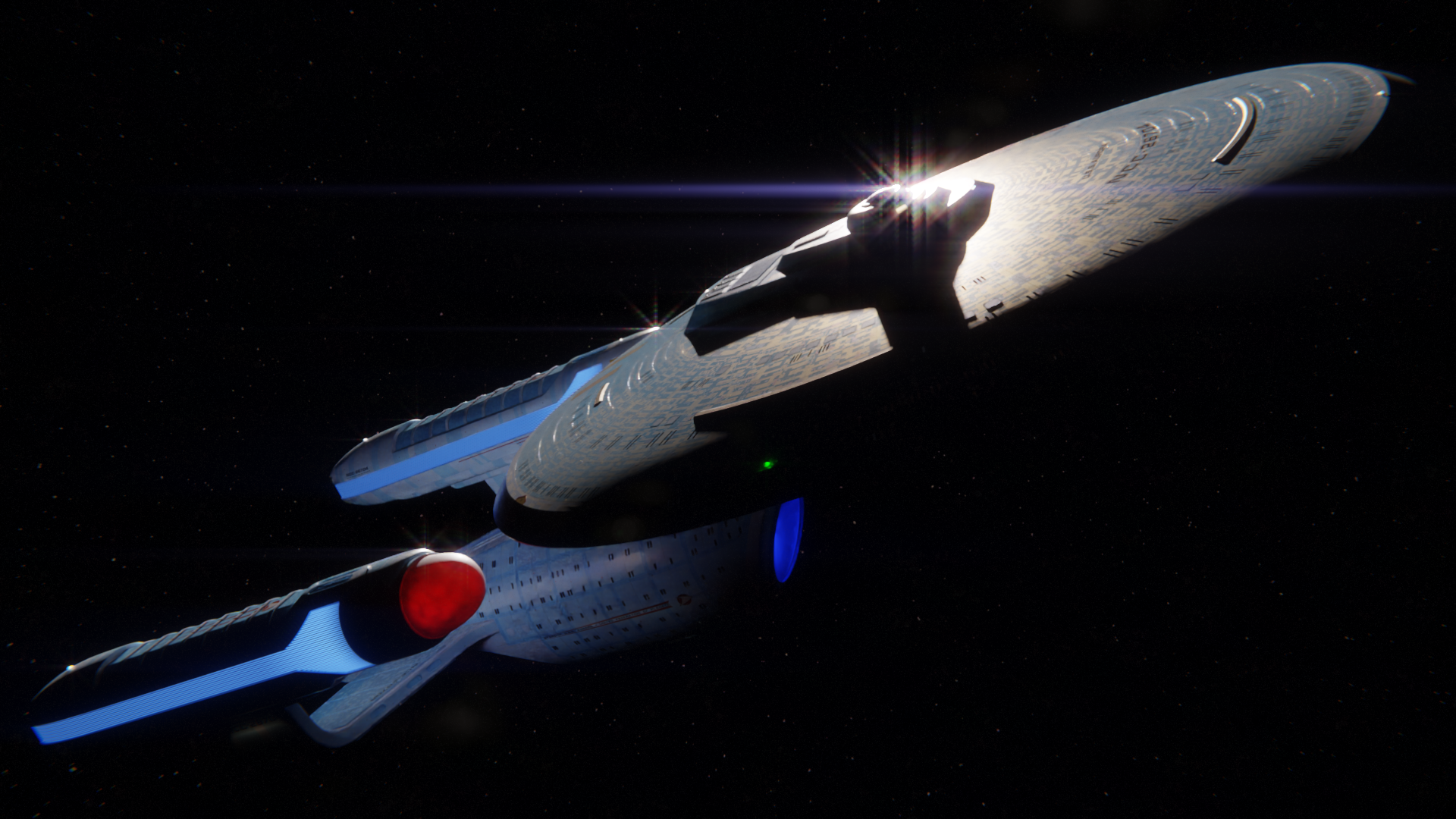 Eight years ago, I finished my Ambassador-class model, then-named USS Trafalgar. A few months ago (mid October or so), I went to see what I could salvage out of the remnants of the files I still had after the hard drive failure I mentioned here, and then proceeded to give the model a facelift. I didn't want to rebuild it entirely; instead, my goal was to fix mesh errors, correct (some) topology issues, update (or recreate, where they had been lost entirely) the textures, and overhaul the shaders based on all the stuff I had learned working on Coro.

I ended up doing far more than I originally planned, but I feel good about the end result. Meet USS Aurora. If I revisit the Ambassador class again in the future, though, I am definitely starting from scratch!