It's been a while since I graced this site, so I thought I would reveal my current project, which I've been pretty upbeat about. Interiors seem to be my forte, and I find it difficult treading outside my comfort zone, so the following renders are a decent sampling of my latest endeavor. 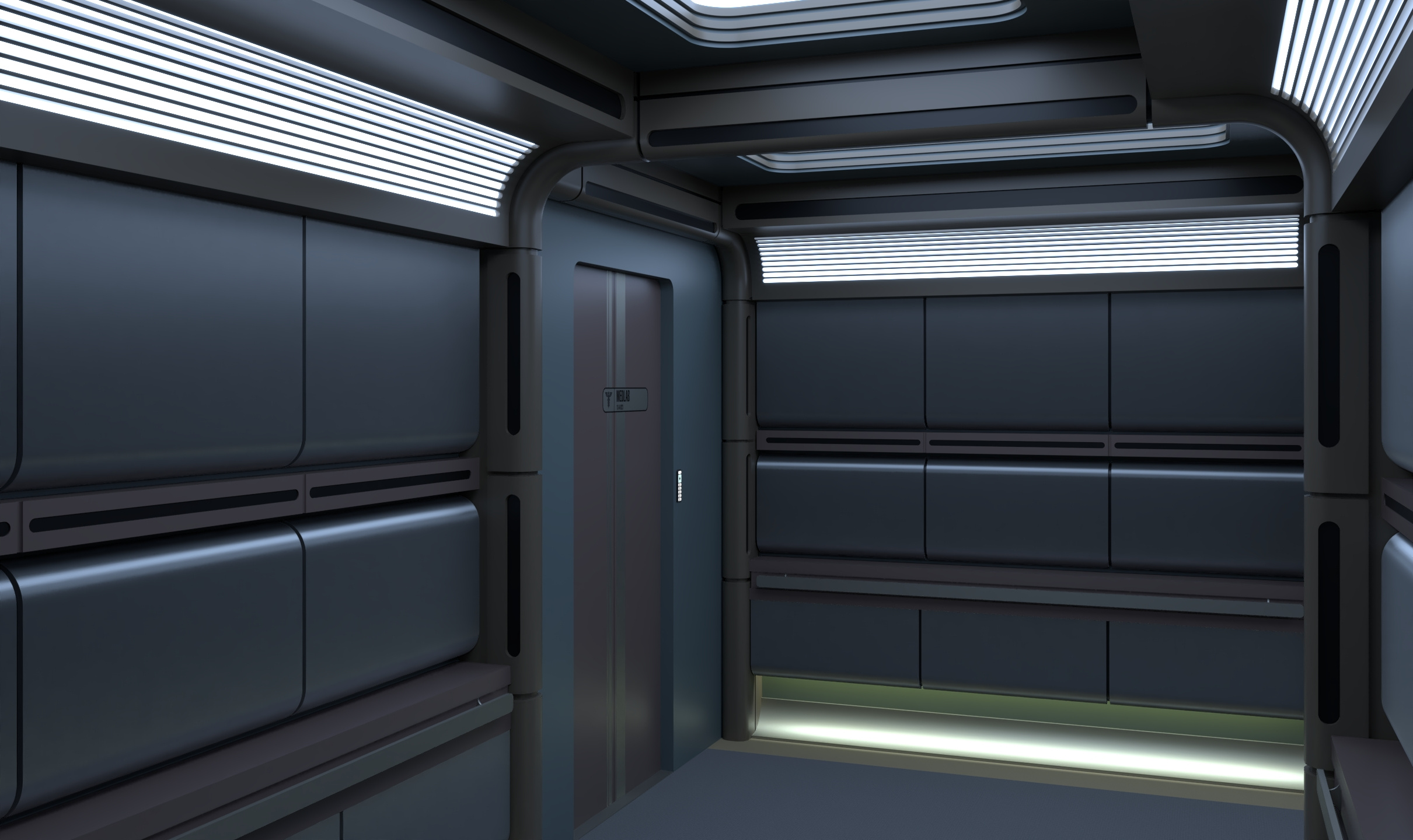 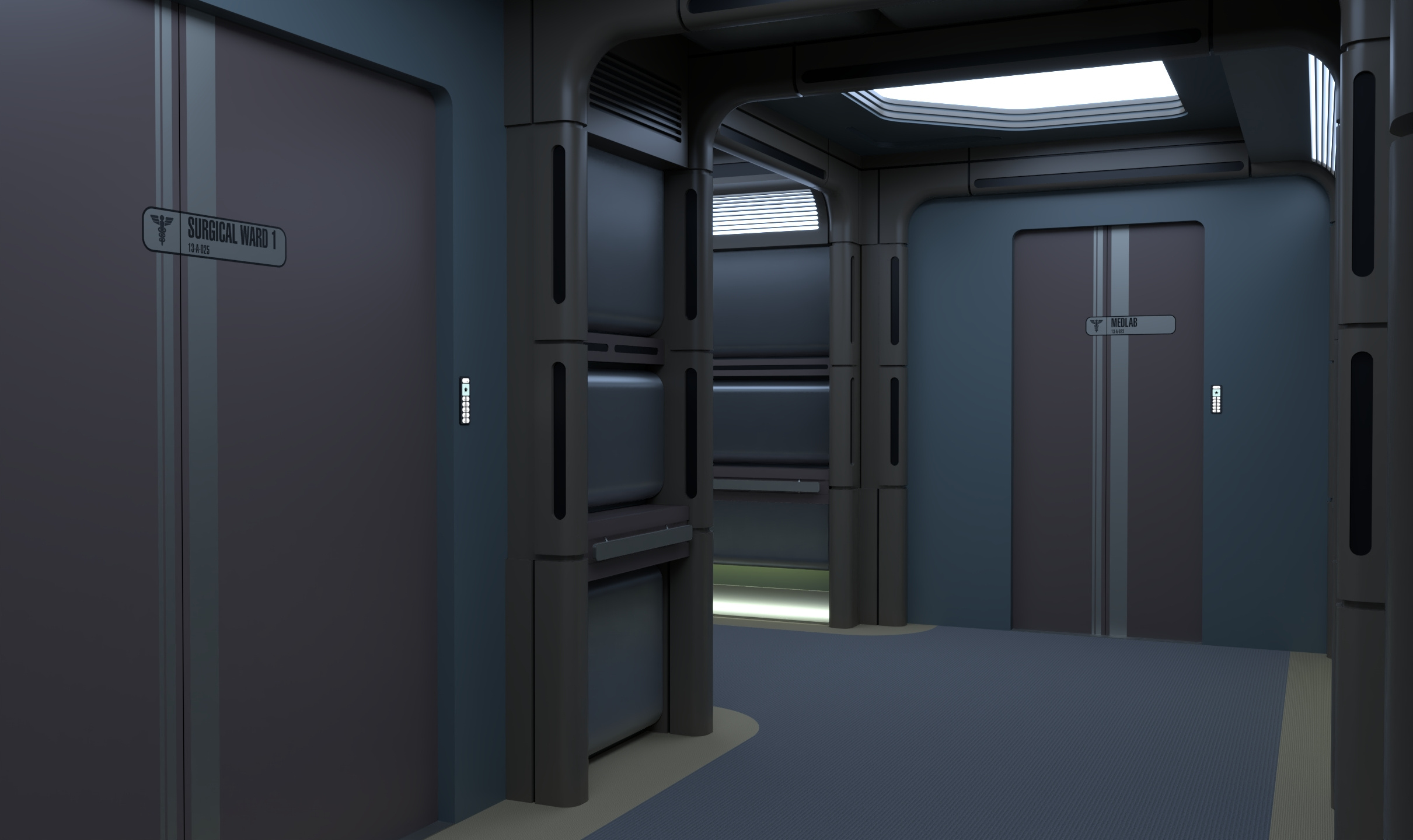 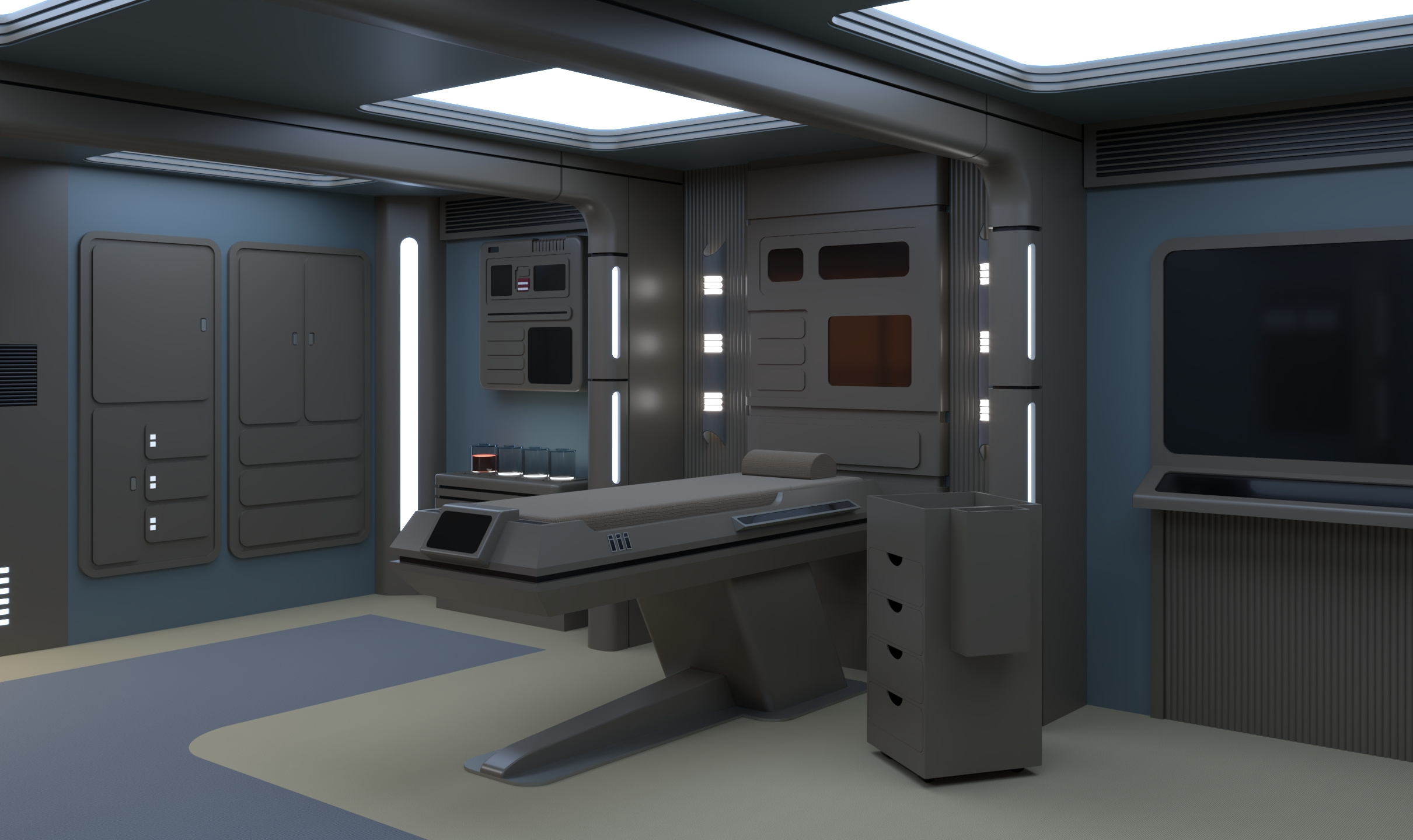 The Asclepius falls within the era of Voyager, hence much of the design styling, but I've made some improvements and/or design evolution to common elements. The vessel class is a medical ship, not too dissimilar to the likes of the Olympic Class, and it's primary purpose is to render aid on a large scale, or supplement combat groups in battle.