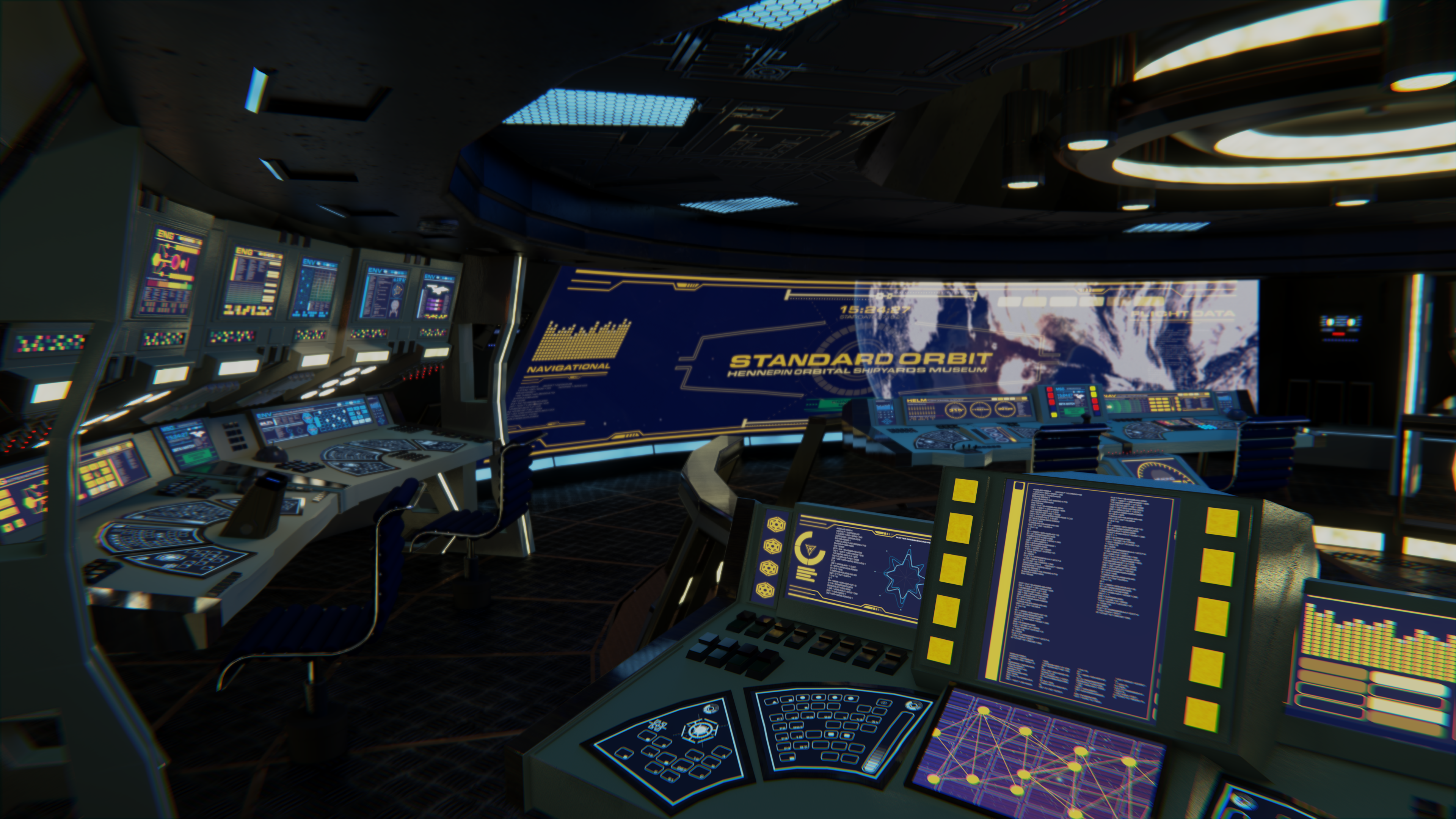 This is another project I've been working on for the last few months. The ship itself is the result of an attempt at buidling a basic superstructure and then kitbashing/greebling it into something. In my mind, this is a post-Enterprise/pre-TOS cruiser, the Jacoby class. I was inspired by both Enterprise's production design and the USS Kelvin's bridge, both of which have a significantly more tactile feel to their design. I tried to design something that could convincingly sit between those two series in the franchise and not seem TOTALLY out of place.

For the bridge, everything is mine from scratch, except a few pieces from the KitOps add on I used for switches and buttons. I started with the blue crew chairs which are assets from BlenderKit. But I decided instead to model from scrath the red and metal seats, based on seats I saw in photos of old submarines. One thing I tried to play with a bit in the design was incoperating a bit more of a naval feel to the set. I'm a fan of "Hunt For Red October", "Crimson Tide", and I also have really enjoyed the production design for the Trek fan film "Pacific 209". There is something about a ship feeling vaguely more naval that I have always felt helps ground the setting a bit and makes it feel more like working vessel rather than a fantasy futuristic living room (TNG set design in general). The sort of blue overtones to the room lighting is based on photos I found of submarine control rooms and aircraft carrier CICs, which always seem to have blue lighting.

I also designed my own computer interfaces for this one. Again, this was an attempt to bridge the gap between Enterprise and TOS, with a splash of the "Axanar" style designs. Again, the idea here was the fill that gap in-between these two well known time periods in Trek history. 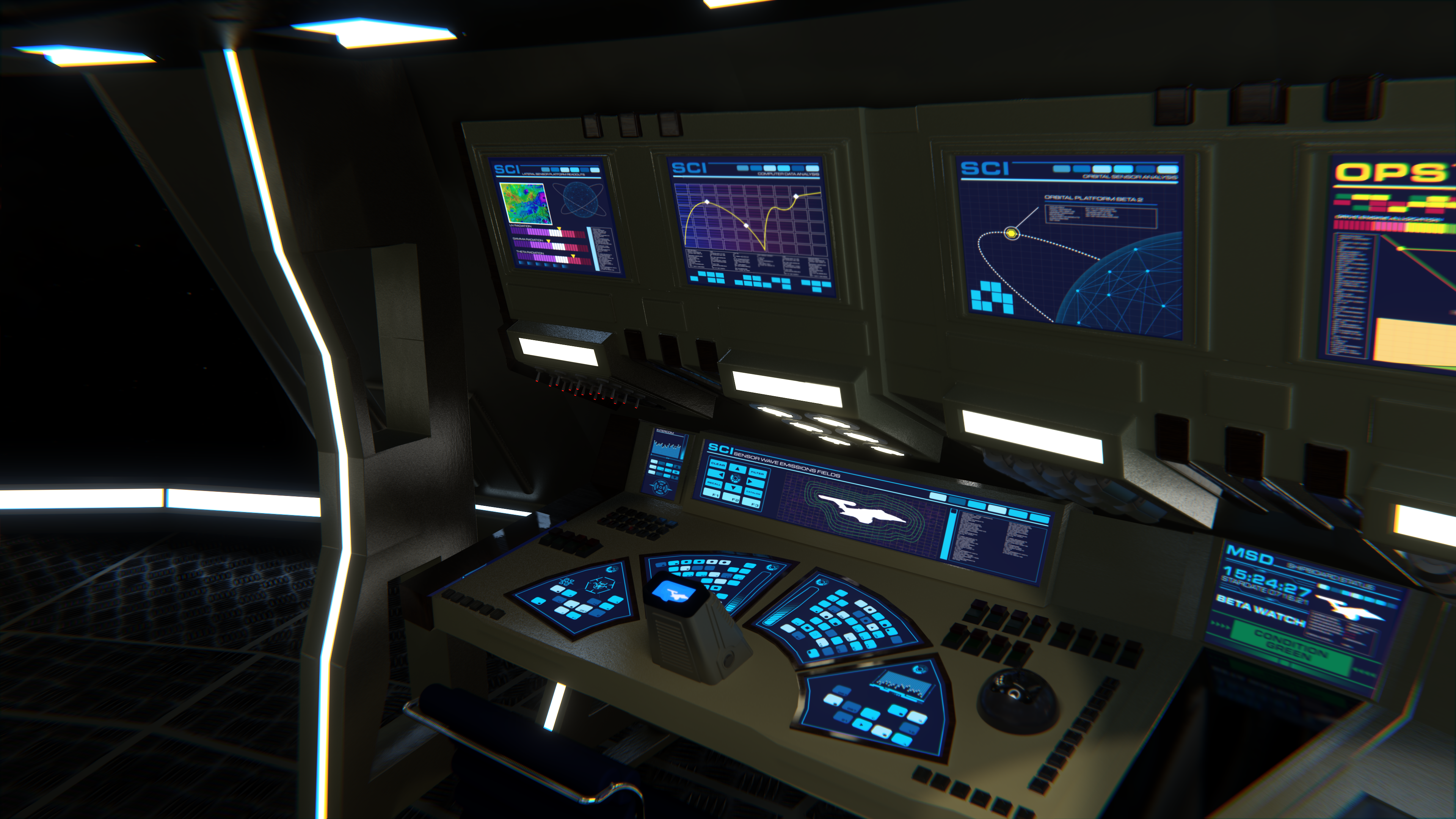 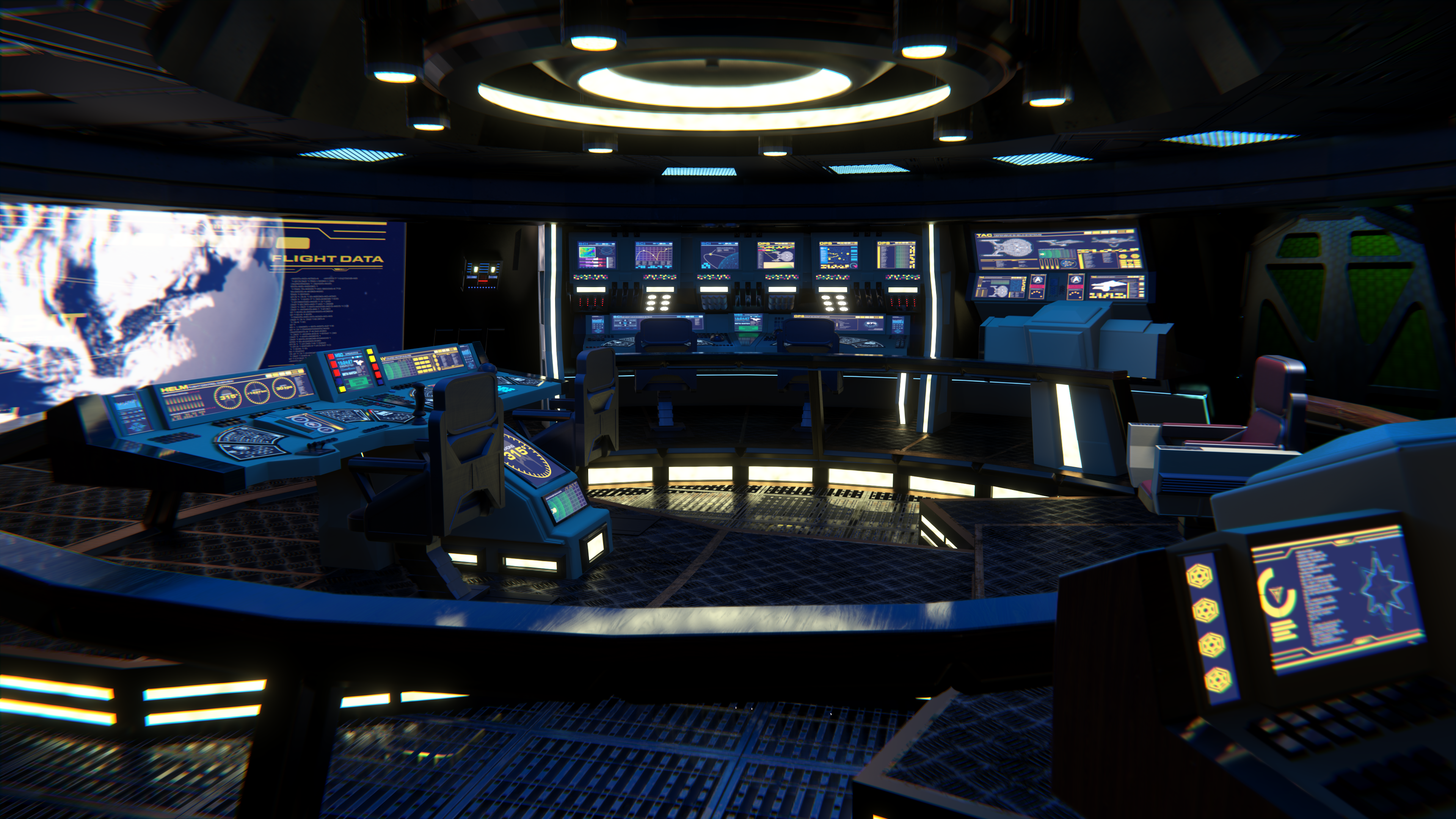 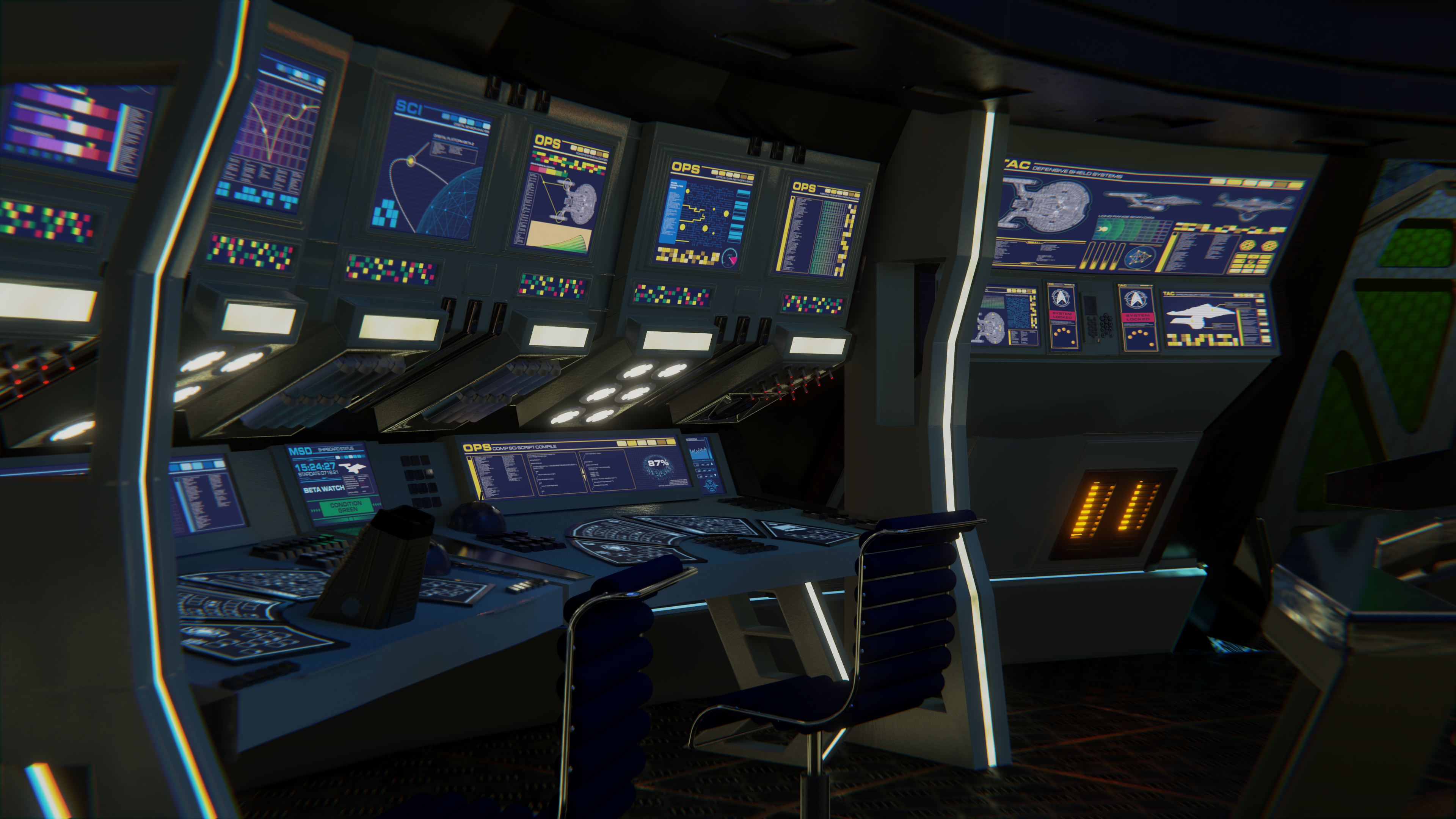 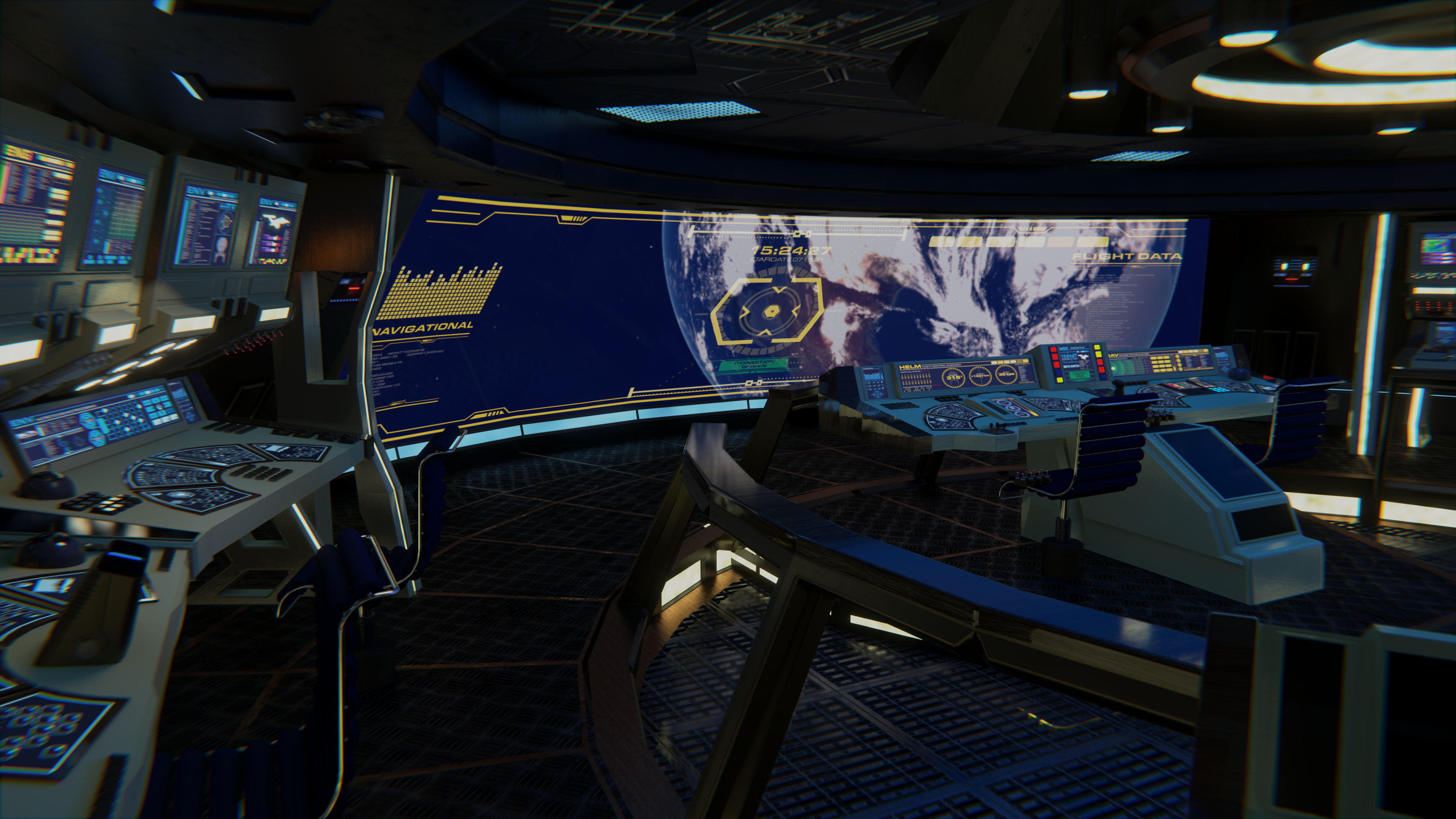 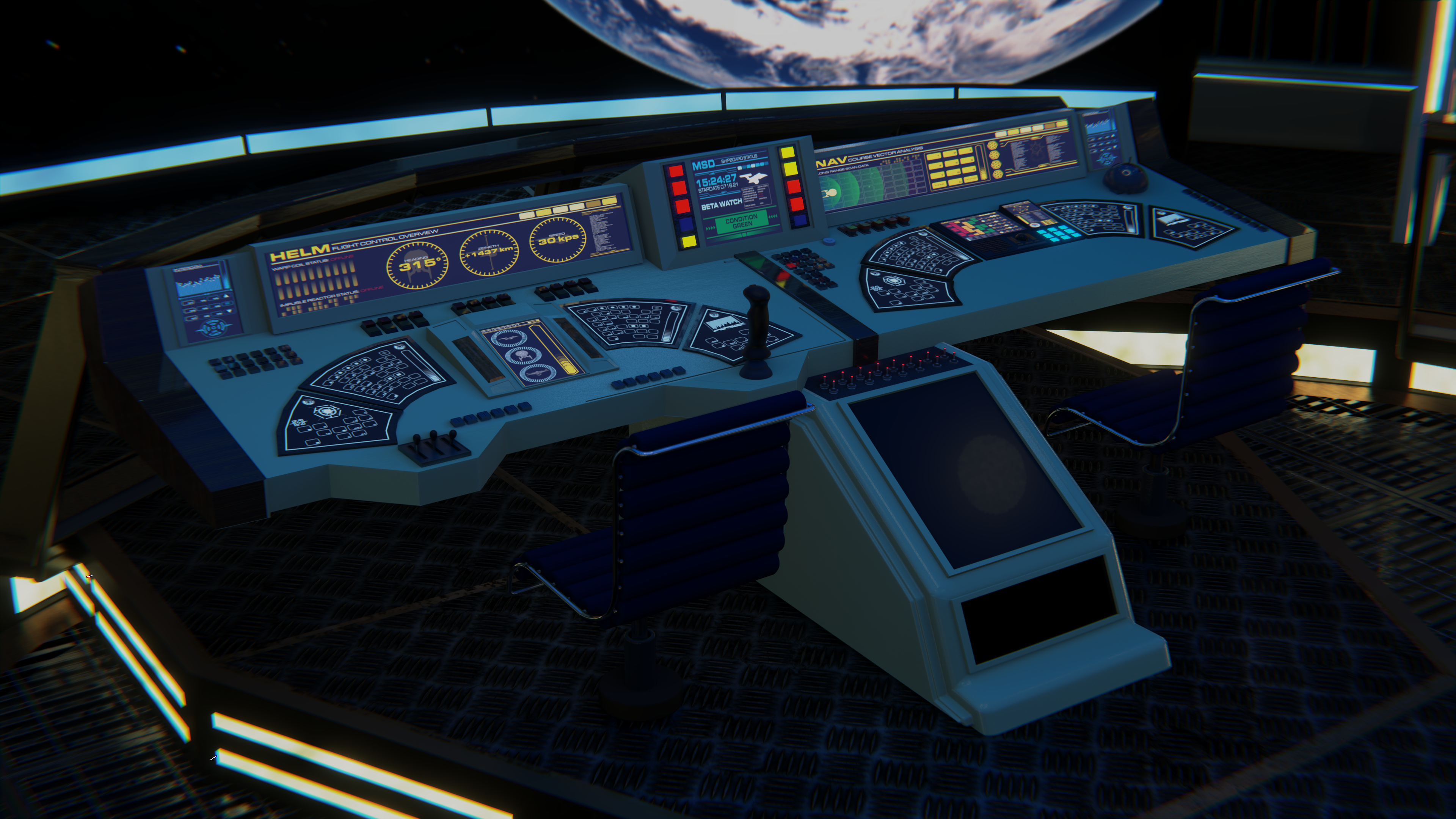 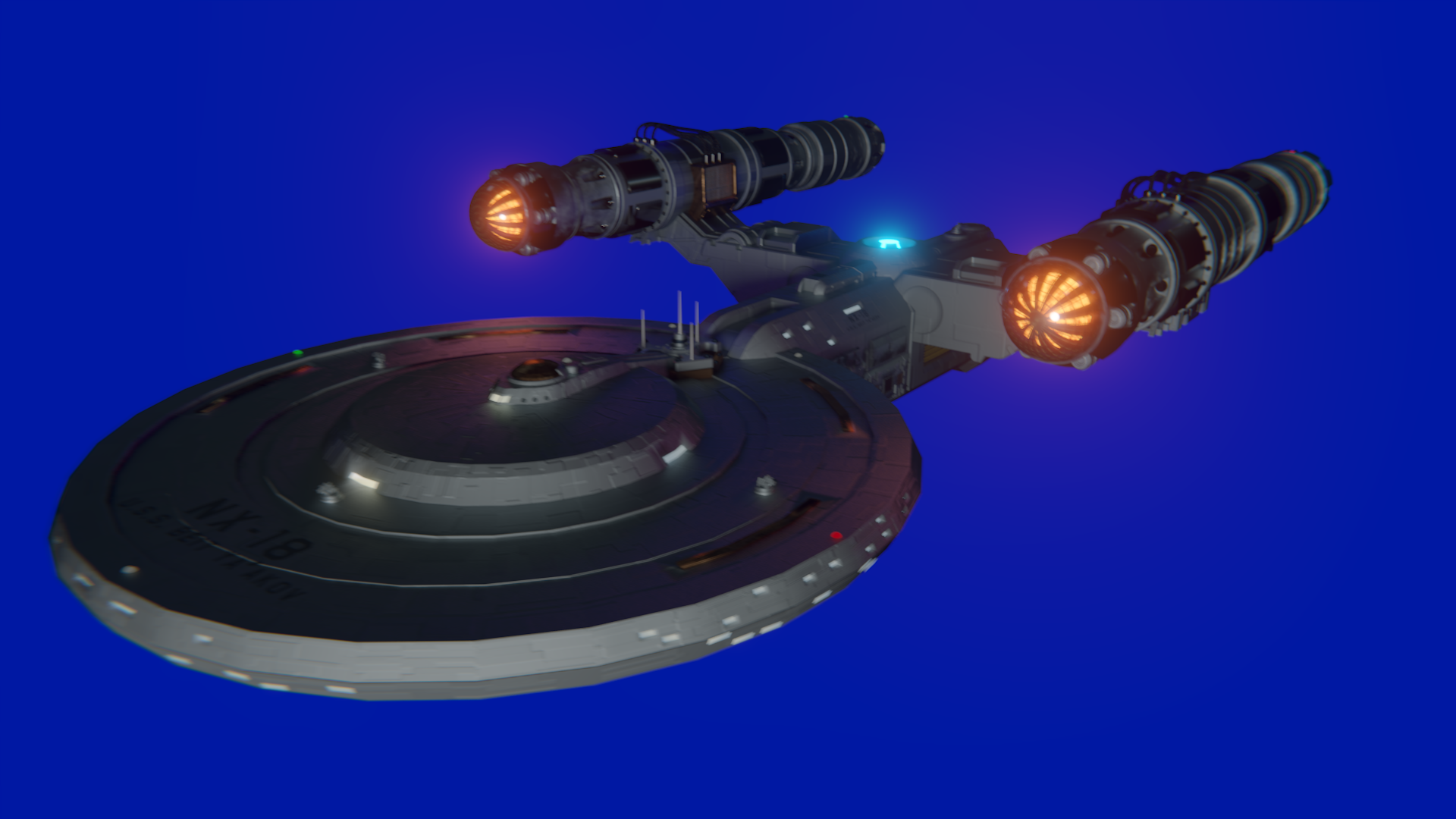