But first, a trip down memory lane. When she started out, the Swallow class was the Sparrow class, a spiritual successor to the Miranda class, and John Payne's Peregrine class, which I have adored for a long time.

Which evolved into this:
https://deviantart.com/jeszasz/art/Sparrow-class-Frigate-Prelimary-Detail-Sketches-539188704

And that is where she stayed, in limbo, and then Atolm showed us his take on a predecessor of the Miranda class, the Assiduous class.

And hey, when an artist is inspired... I still revived the raised section from the Miranda class however.

And the final result thus far: 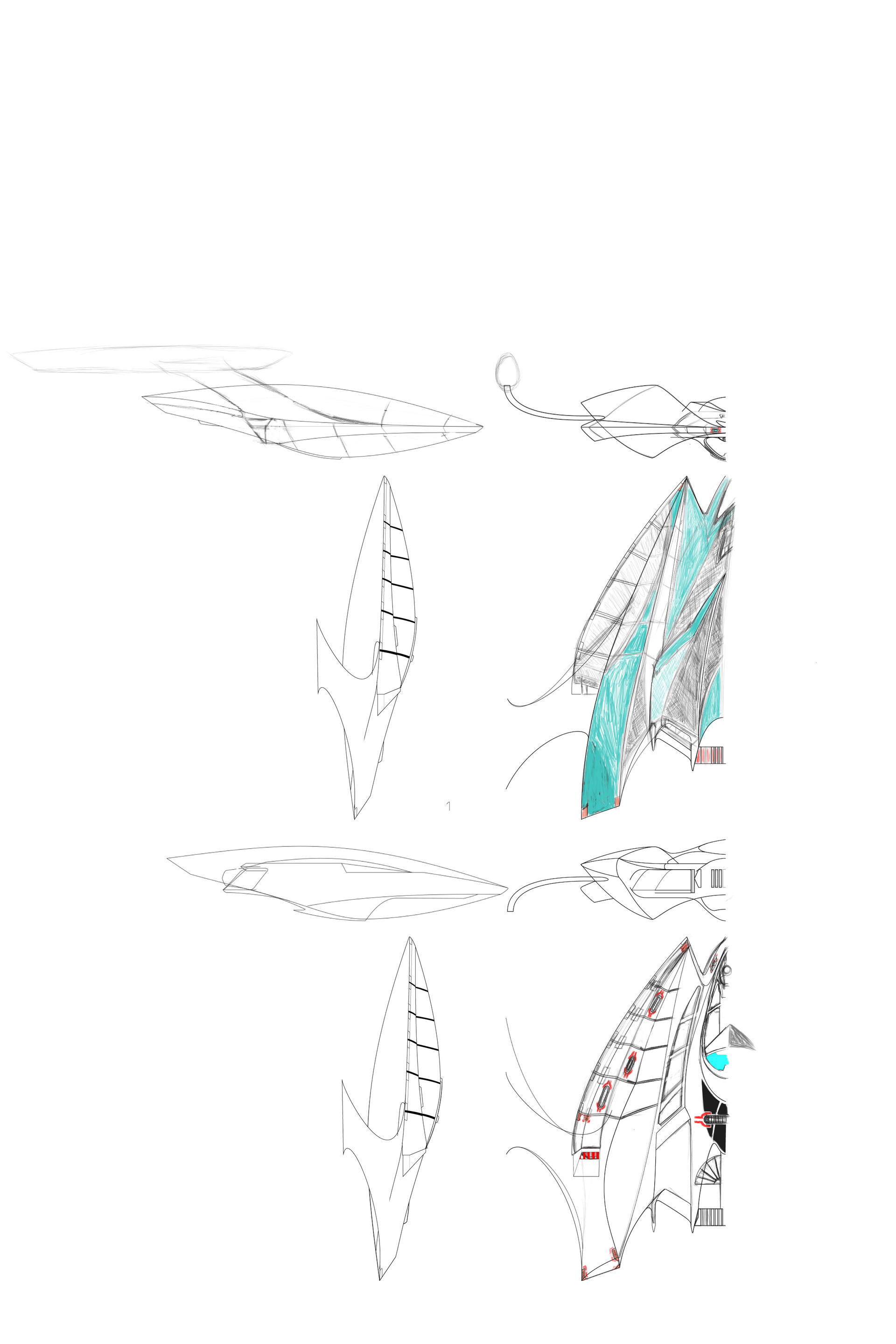 I've nailed down most of the parts, but have yet to make a final decision on the orientation of the nacelle wings. I wanted to get a lot more work done before posting this, but eh, I have to work tomorrow through Monday, so it will be a while before I get to work on this again.

This is really my first pass at the design in a long time in Illustrator, which now involved hand sketching in Photoshop, and then pasting that as a template. After that, I trace over everything using the pen tool, and get the crisp lines you see. But the last part takes a long time.

I sometimes wonder if it would be quicker in the long term to just download Sketch-Up...

Oh, and I'm also experimenting with a color scheme. Not every ship would use the same colors, in order to identify them from their sisters. USS Alaska for example would use an Arctic Blue contrast. There might or might not be a USS Richtofen with a Red Baron-influenced color scheme.

Edit: With apologies I have removed most of the images. I guess I will have to be careful with how big the preview image is in the future, and mindful not to take my larger hard-drive for granted. I figure everyone won't mind clicking the links if it means shorter loading times. I hope these changes helps with everyone's load times, and leaves everyone a little more time to leave any C&C!