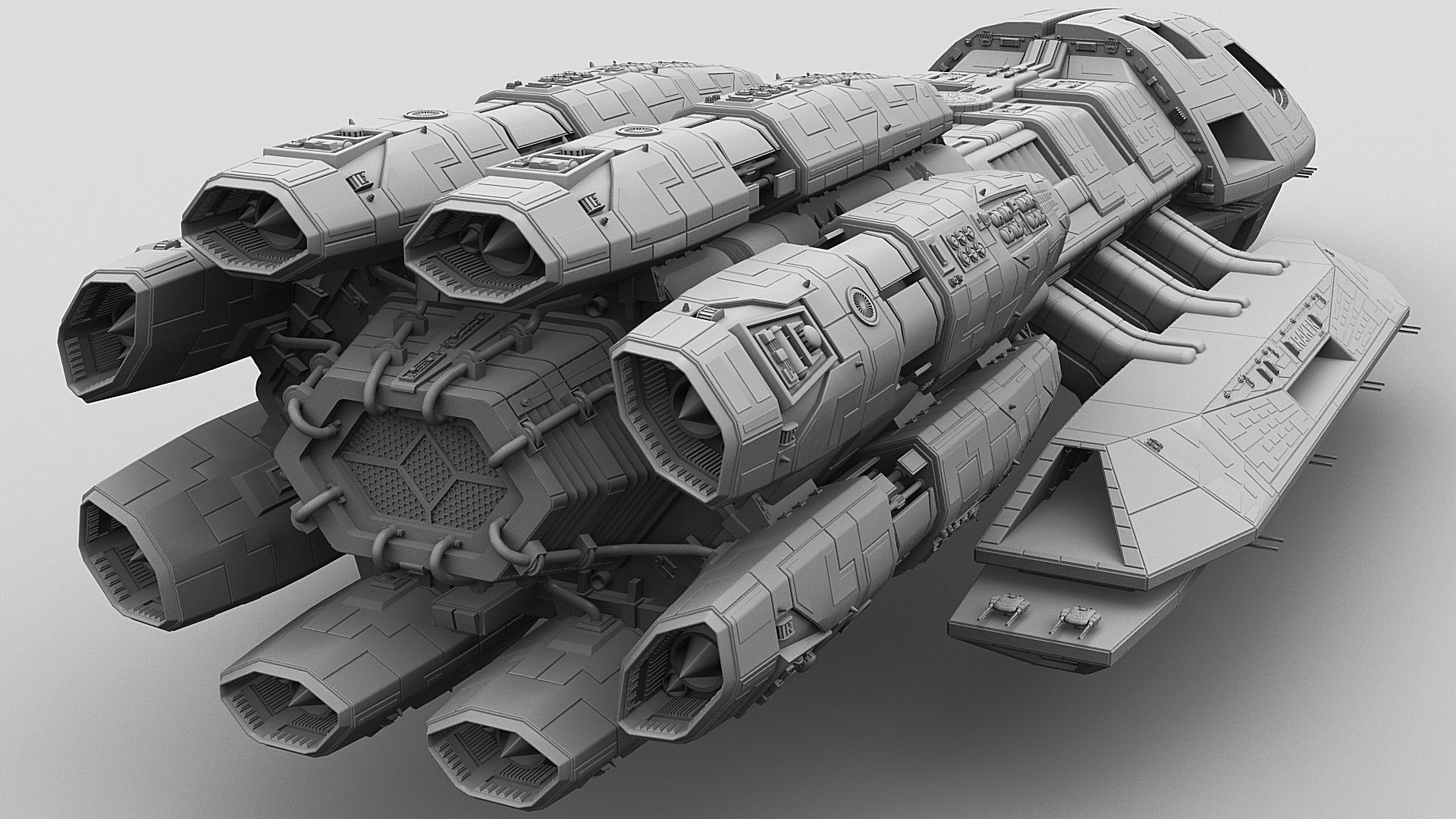 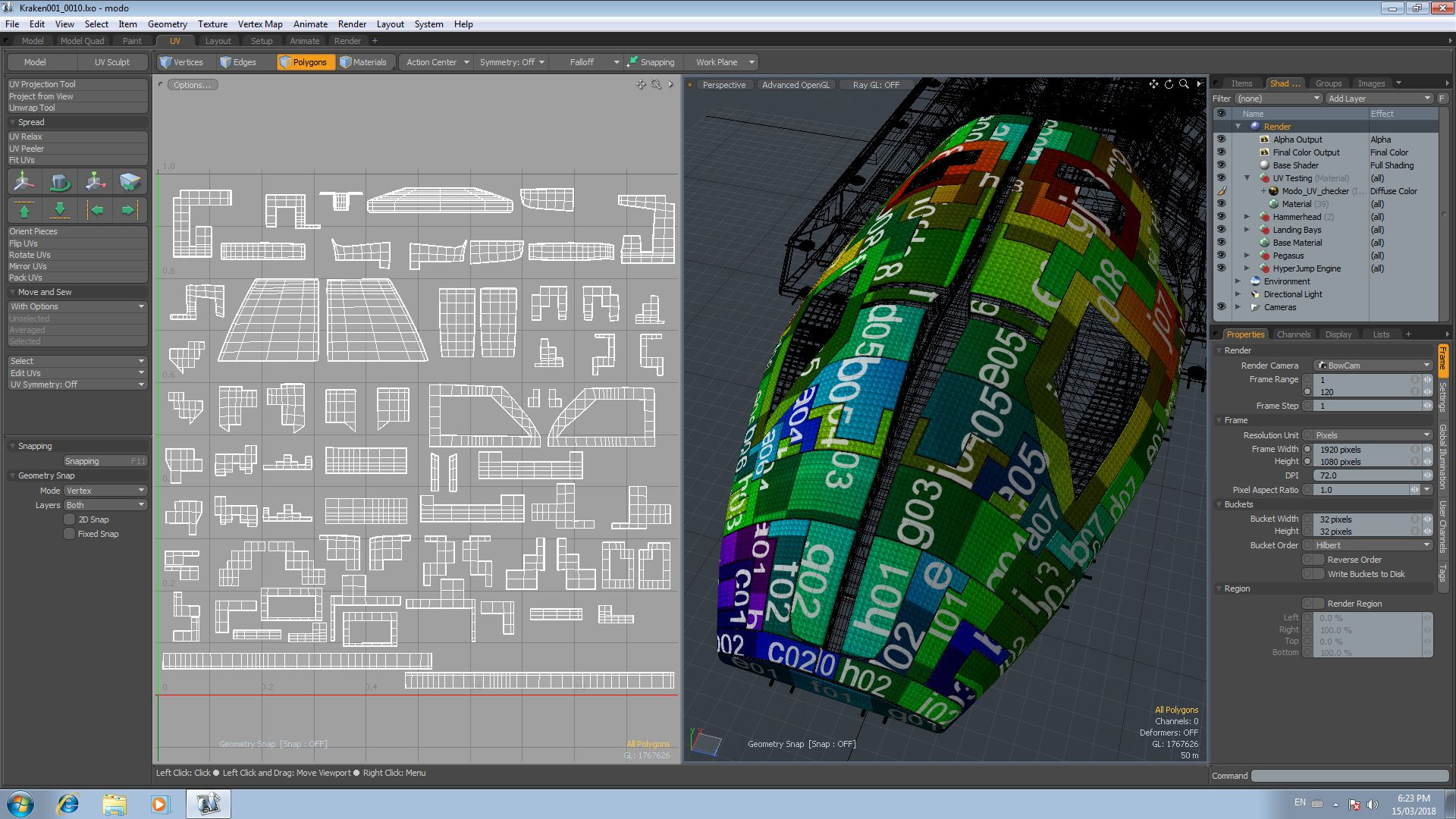 Been working on this, on and off, for quite awhile. It's the first monster ship I ever tried to build.
As you likely guessed, it's based on the Mercury class battlestar. In my Aurora 4x game, my empire
was finally able to build them, so this is a Terran Battlestar, hence the minor differences. The Imperium
is more advanced than the Colonies, so the weapons are slightly different.

Now, some advice from those who HAVE built monster ships like these, or the Star Destroyers of Star Wars fame.
How DO you color these massive ships? As you can see in the second pic, it took two UV maps just to map the
hammerhead armour plates. I really don't think textures will work with something so big. How do you color YOUR
own ships?

Eric
aka Starkiller
Post edited by Guerrilla on March 2019
Tagged: