EffectsLightwave (ANY): How to make lens flares that only appear from certain camera angles?

Working on a wet-navy ship model in Lightwave, and I'm attempting to set up the navigation lights on the masts of my ship so they're visible according to regulation without having to track manually where the camera is in relation to the light.

I tried using geometry to act as a reflector and screen to mask the lights off, it didn't work, with "fade behind objects" on both the red and green flare despite the location of the red flare being unmasked (there's no glass and no reflector in the scene right now, and it doesn't render when I have fade behind objects on) 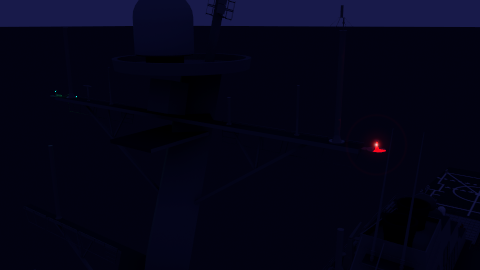 Image one is what it's supposed to look like, but I had to turn off "fade behind objects" on the red one to make it happen. The green light is not directly visible from this angle, it's shaded by its reflector. The red light *is* visible, and thus has a flare applied. 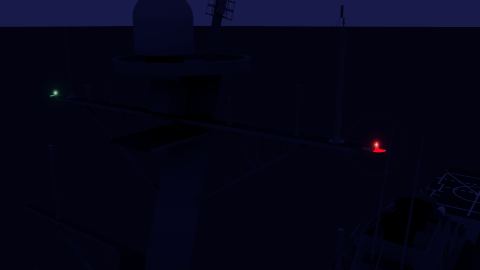 Here's what it looks like with "fade behind objects" turned off for both flares. Both lens flares visible, not what I want. 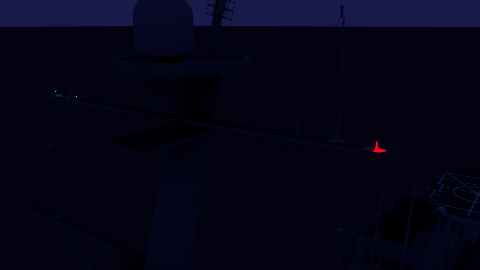 Here's what it looks like with "fade behind object" turned on for both flares. Notice that there's no flares now, despite the red flare not being behind anything. 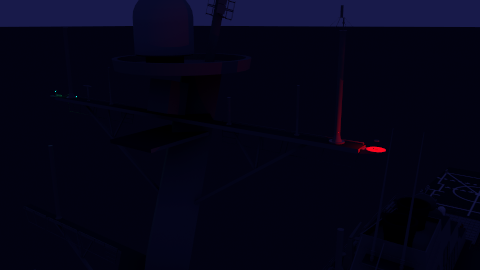 To see what the flare was hiding behind, I removed the geometry of the reflector from the red light. Fade behind objects is on, flare should be hovering in the middle but it's not there. 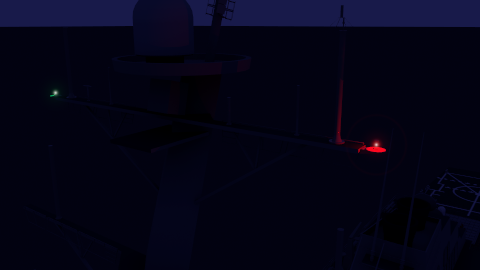 I'm assuming the proper way of doing this would be to put an envelope on the Flare Intensity, but I have no clue what I'm doing with that stuff. How do I make an envelope that reduces the Flare Intensity channel to 0 if it's outside of the angle it's supposed to be visible from, that works for all cameras and not just one in particular?