I'm taking a crack at a Romulan Bird of Prey to go with the JR-Prise. In my mind this ship fits between the Romulan BoP from Enterprise and the B'Rel BoP (or whatever the FASA manual calls the Romulan version). In JR-Trek this is the ship in "Balance of Terror," although it could also make sense that this one is the contemporary BoP type and the ship Kirk fights is an Enterprise era vessel that was pulled out of mothballs for the plasma torpedo experiment. In the later case, maybe the warp drive broke down because it is crazy old, but if it is my version of the ship I have a different explanation. Before destroying one of the Federation colonies, the ship landed so her captain could take a Vulcan love slave. The colonists made an attempt to fight back, and succeeded in damaging the ship so that the wings are stuck in the landing position. In the upward position, the warp engines do not have sufficient line-of-sight to operate. Therefore, no warp and the long limp back to the neutral zone.

I'm not terribly thrilled with the overall shape of the ship yet, and I'm struggling with the transition from the organic John Eaves BoP, to the non-organic B'Rel, to the organic D'Deridex. Enterprise had some great moments, but it caused so many problems. It's a struggle to think of Romulan ships as having anything but smooth flowing lines, and yet the B'rel is clearly a Romulan ship. I can't think of any other Klingon ships from the movies or show that have wings, except for the Enterprise era BoP. As an aside, does that ship make any sense? Are the Romulans and Klingons operating unrelated ship types with the same name?

Anyway, I'm questioning the bird head - I think I will keep it and pull vertices around until it works somehow. It's a little nonsensical, but the Romulans are the guys who rejected logic and went with their passions instead, right? They're supposed to be even more emotional and passionate than humans, although that never comes across on screen, but in theory putting unnecessary flourishes on their ships is in character. The D'Deridex has the bird head, but the B'rel doesn't, so that's a little strange. I may not being able to smooth over that one.

Incidentally the head only contains the main deflector, but I may add the shield generator pipe from the B'rel to it later. The bridge is back between the shoulder blades, where it was on the TOS BoP.

The comb on the bird head probably helps form a magnetic barrel for the plasma torpedo. Otherwise the head would need to be lower down, and I didn't like it any lower than it is.

The rear wing is the landing gear in its retracted position. One can only imagine the kind of articulation it will take for that shape to come forward and turn into legs, but I'm sure it can be done. 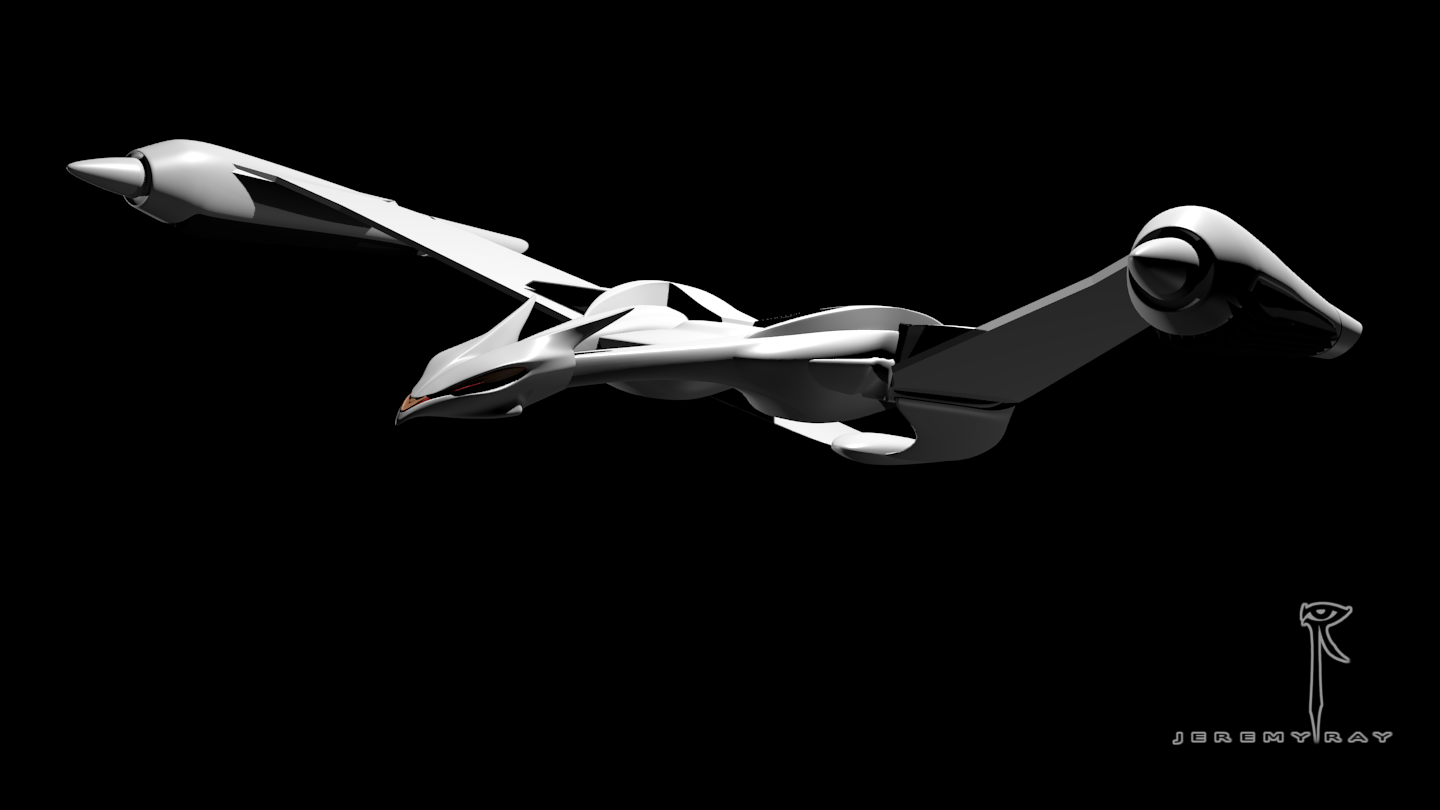 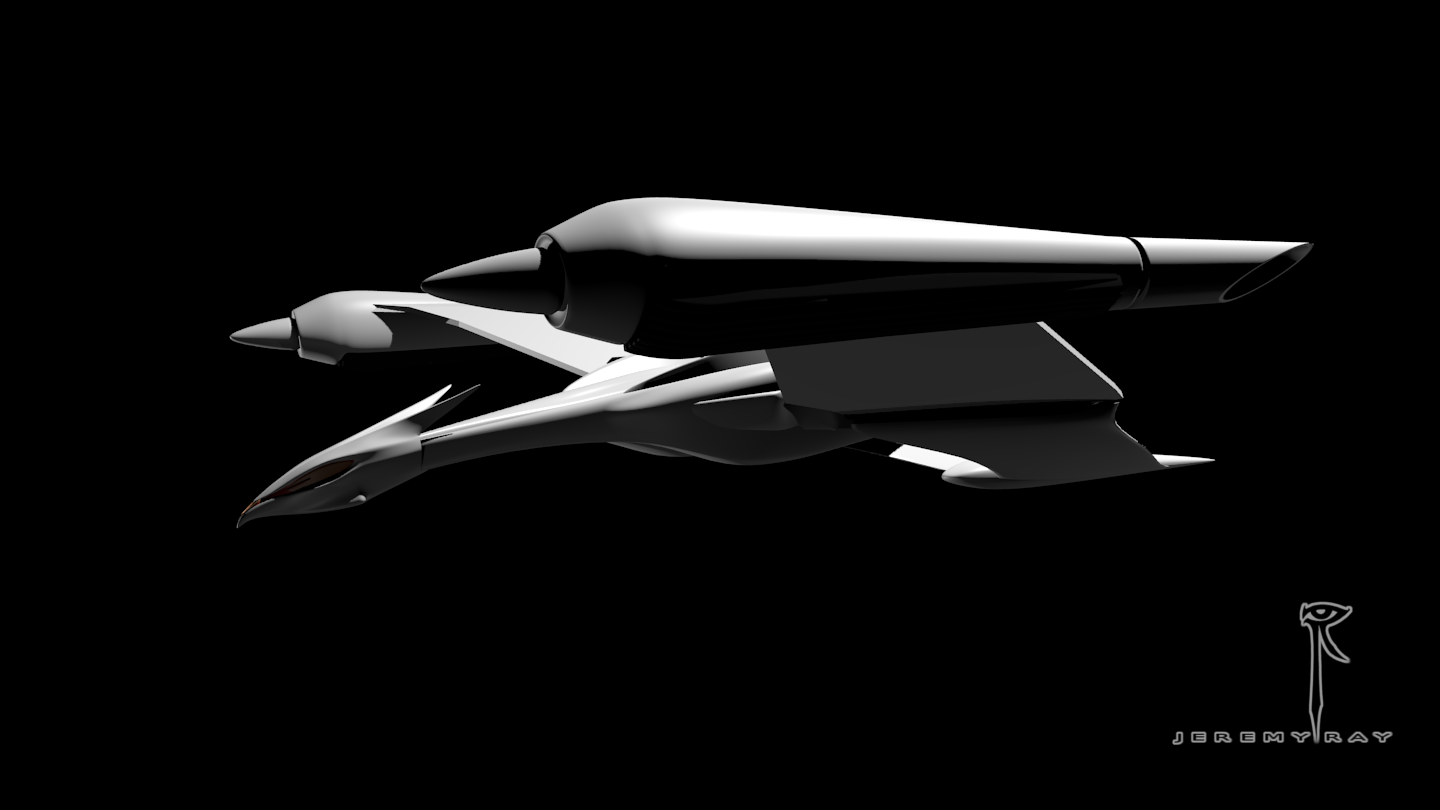 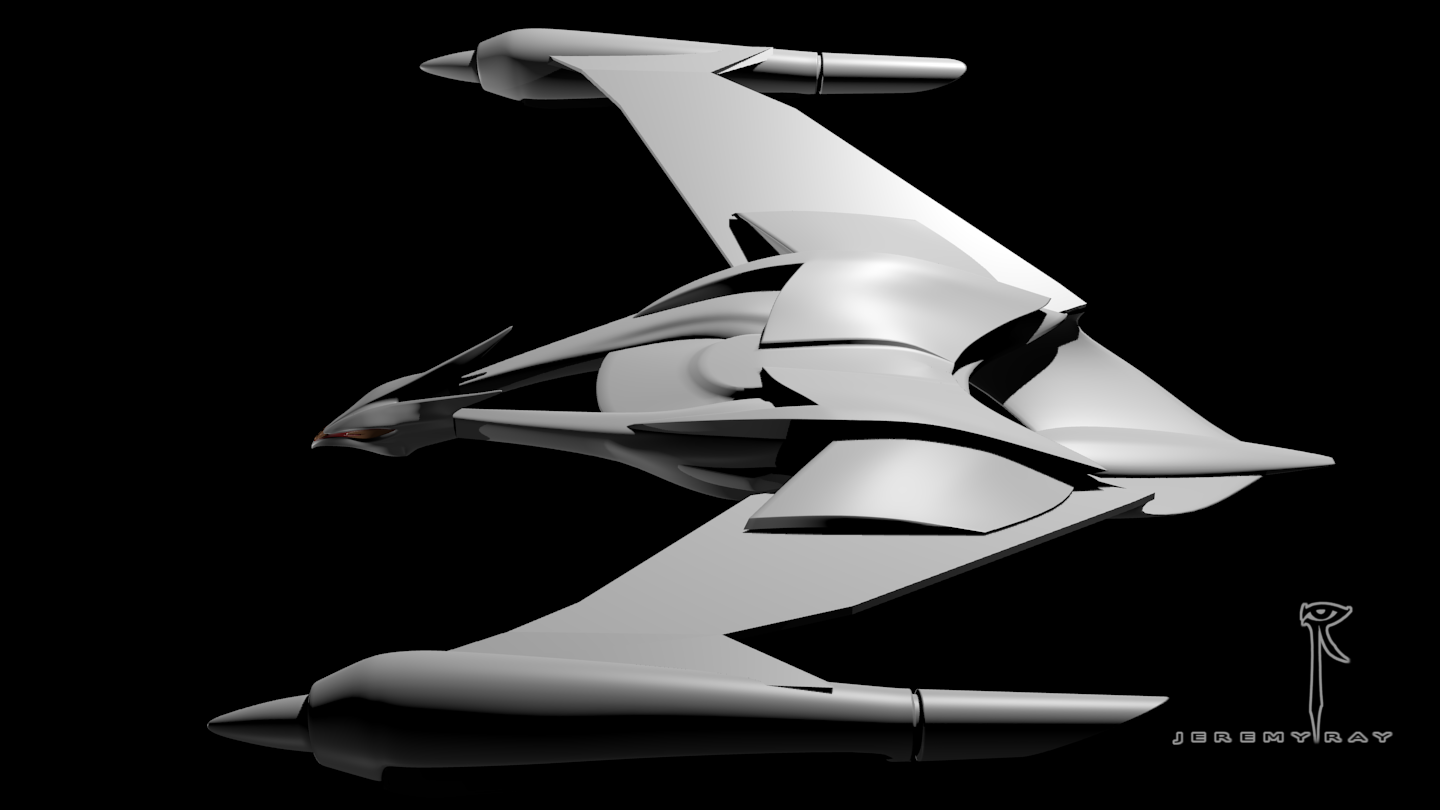 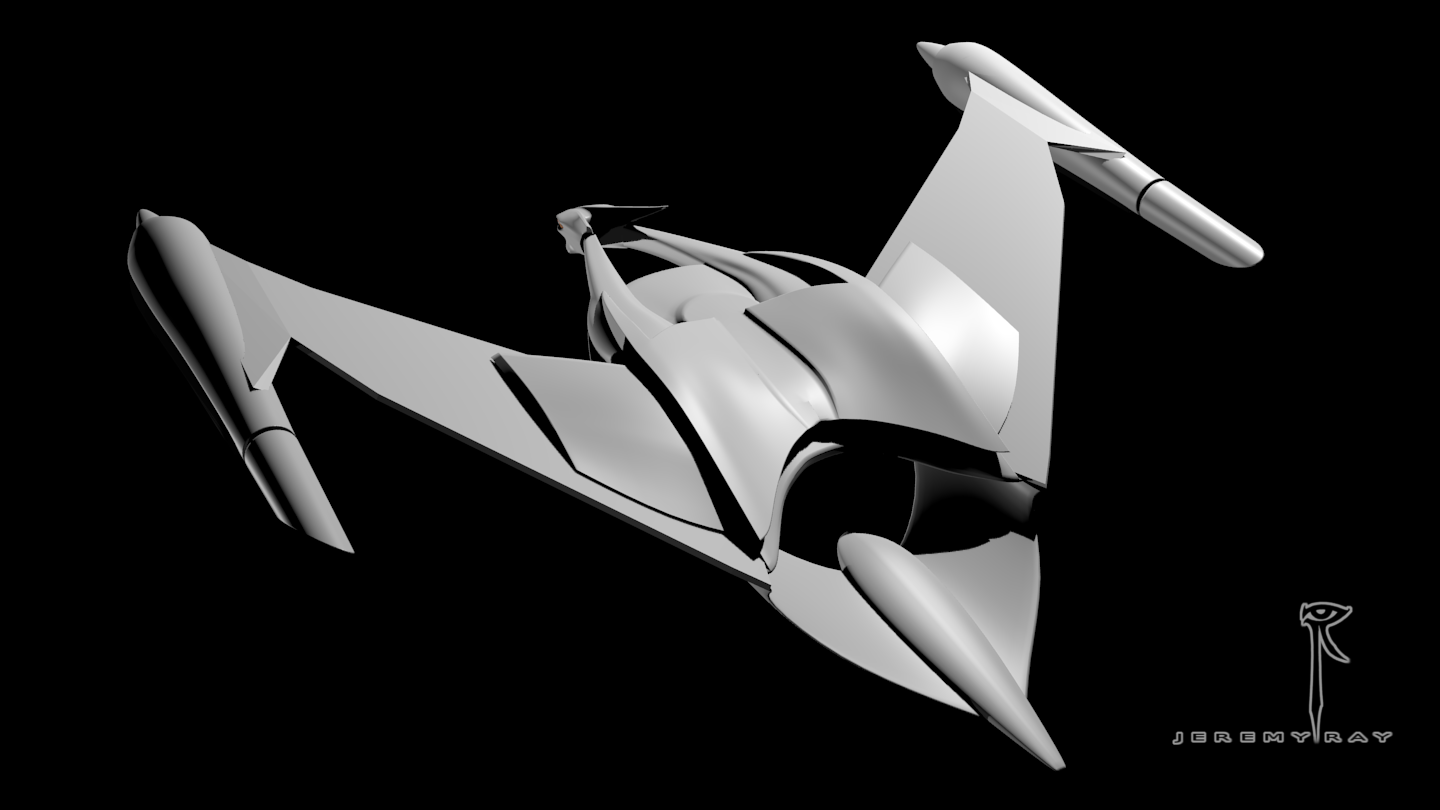 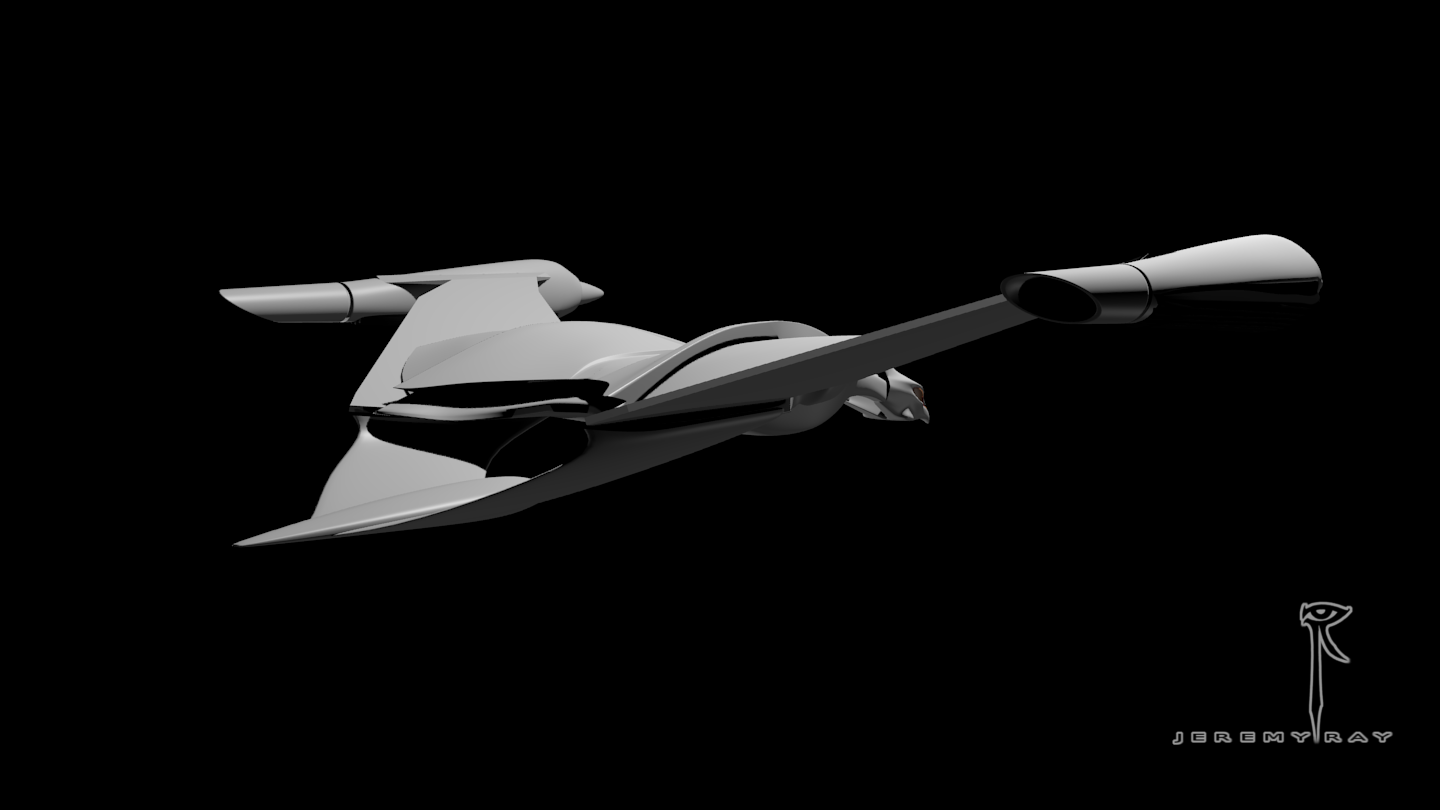