I wanted to take a break from all the usual Sci-Fi stuff that I`ve been involved in for a while and dust off a sketch I did a few years ago. The challenge was if they had that magic power source Steampunk relies on - "What kind of vehicle would the Victorians have created that could convert itself between a ground car, a submarine and an airship?"

This was the thumbnail idea sheet 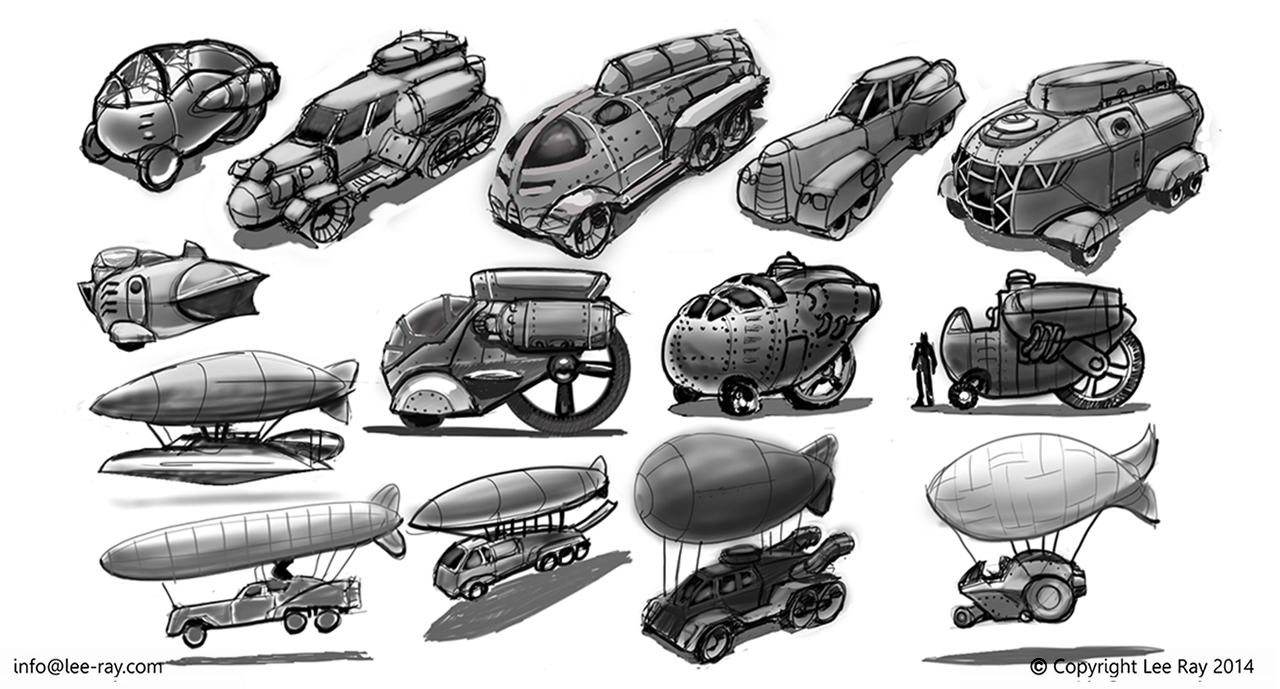