Working with 3D since the late eighties, I'm actually working on a fanfilm project with the working title "The Star Wars Project (TSWP)".
It will be a mixed thing of CGI animations, Greenscreen and real filming.
Neither we're looking for top accuracy nor will going to wallow in "set seeing" or endless blabla scenes.
There will be a nice little story in focus, which will unite several characters from different SW eras on a common "Canonball Run".

As many of us, I'm a big fan and follower of the work of Fractalsponge and some of his free models will take part in the movie. On this occasion: Thank you great master! It's just amazing what you're doing!

Here's a actual WIP, a Sentinel Class Shuttle which 'unfortunately' will blow up during the story 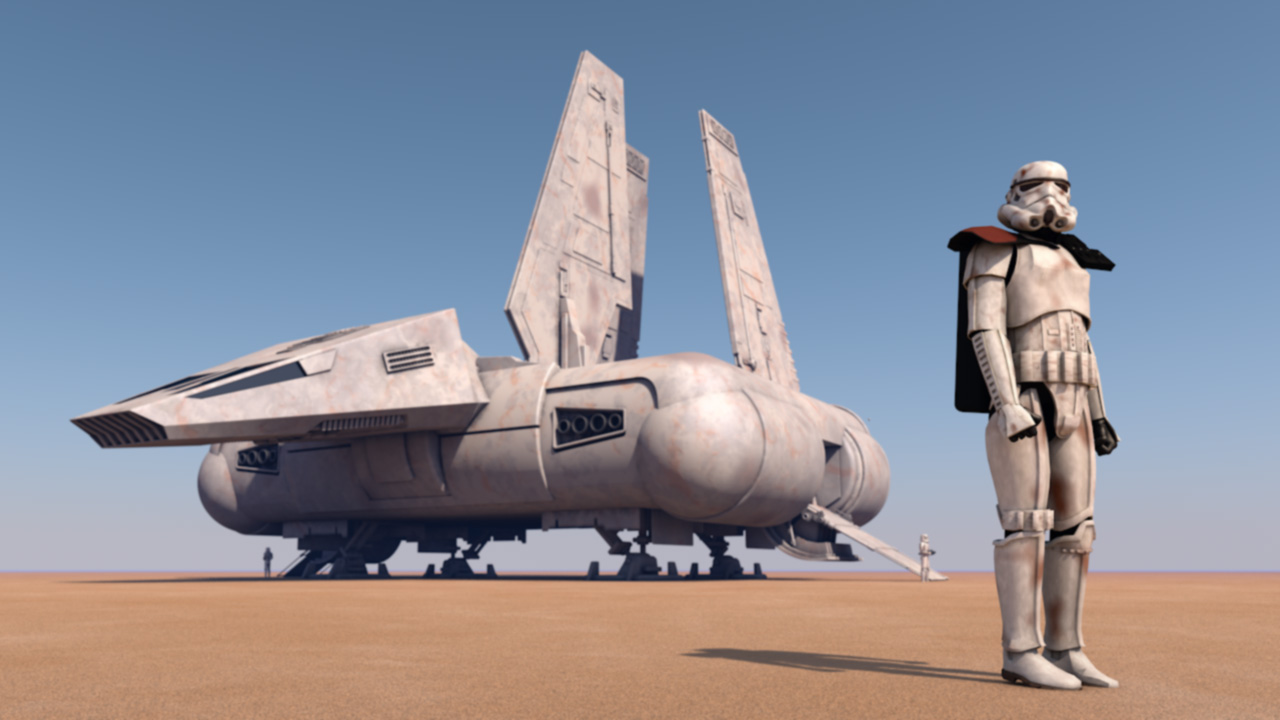