Judge Death.1 Posts: 0Member
July 2013 edited August 2013 in Work in Progress #1
Feared by the evil, the guilty and, well, frankly just about anyone who's even barely aware of their existence, the red lanterns stalk the universe as agents of revenge and retribution, bringing bloody and fiery justice to murderers, rapists, slavers and worse.

The guilty await them, though they do not know it.

Like the more well known green lanterns, the red lanters weild the most advanced and powerfel devices ever created: Power Rings that draw their power from the emotional spectrum that in innate and inherent in the universe so long as life itself exists. Unlike the green lanterns who draw on the power of will, the red lanters draw their power from rage. The rage of victims seeking to be avenged.

Their oath is a promise to the guilty and evil of what is to come.

"With blood and rage of crimson red,
ripped from a corpse so freshly dead,
together with our hellish hate
we'll burn you all- THAT IS YOUR FATE!"

Each red lantern wears a red power ring and charges it from a red lantern battery, like the one below.

I'm just starting on this one and have some plans to use lighting effects to have a raging red light shining/flaring out thru the lantern's lens. I'm using a material from blendswap for now but will try to make my own with cycles.

I can get specular on the red material but not the glass of the lens yet, any ideas? 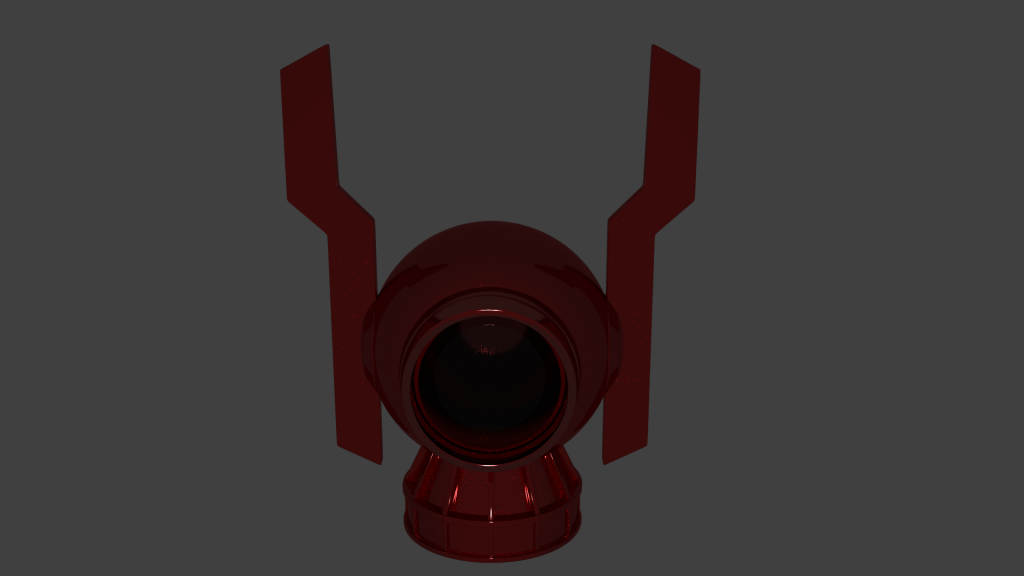 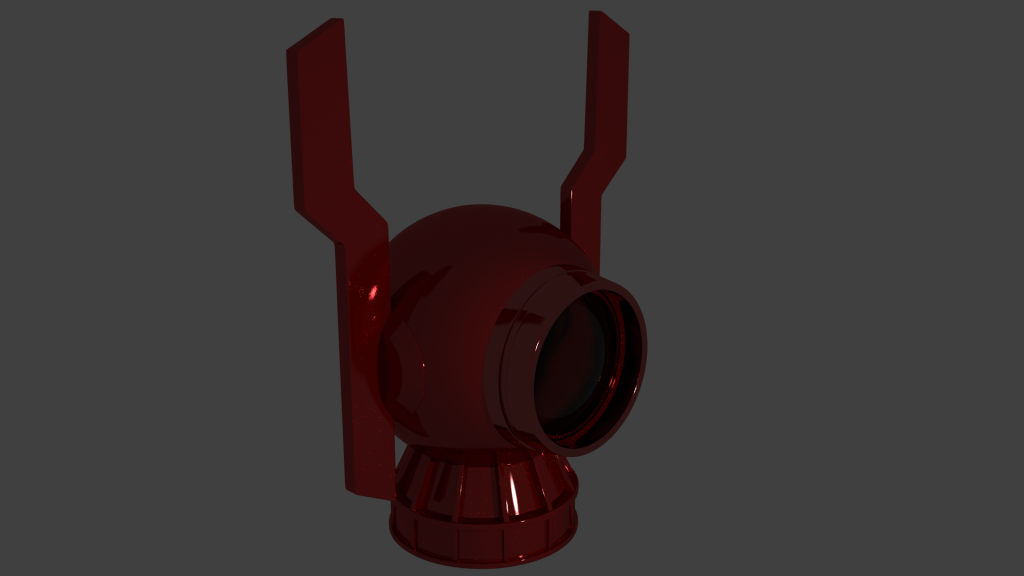