jrhottel9 Posts: 0Member
January 2013 edited April 2015 in Work in Progress #1
Amateur 3DS-Max project. Finalizing details of high poly model. Model draws heavily on movie sketch art with many of my own details. Taller super structure, deeper shuttle bay and larger captain's Yacht make more sense than the movie model. I'm taking input before finalizing the design. The plan is to make a lower poly mesh or two and normal maps from the high ploy model and then see what I can do in Mudbox. Eventually, I'll try animations. It's intended to be the USS Excelsior from the "Star Ship Excelsior" Audio Drama. The Escape pods or derived from Enterprise-E escape pod by Trekki in the Download section. 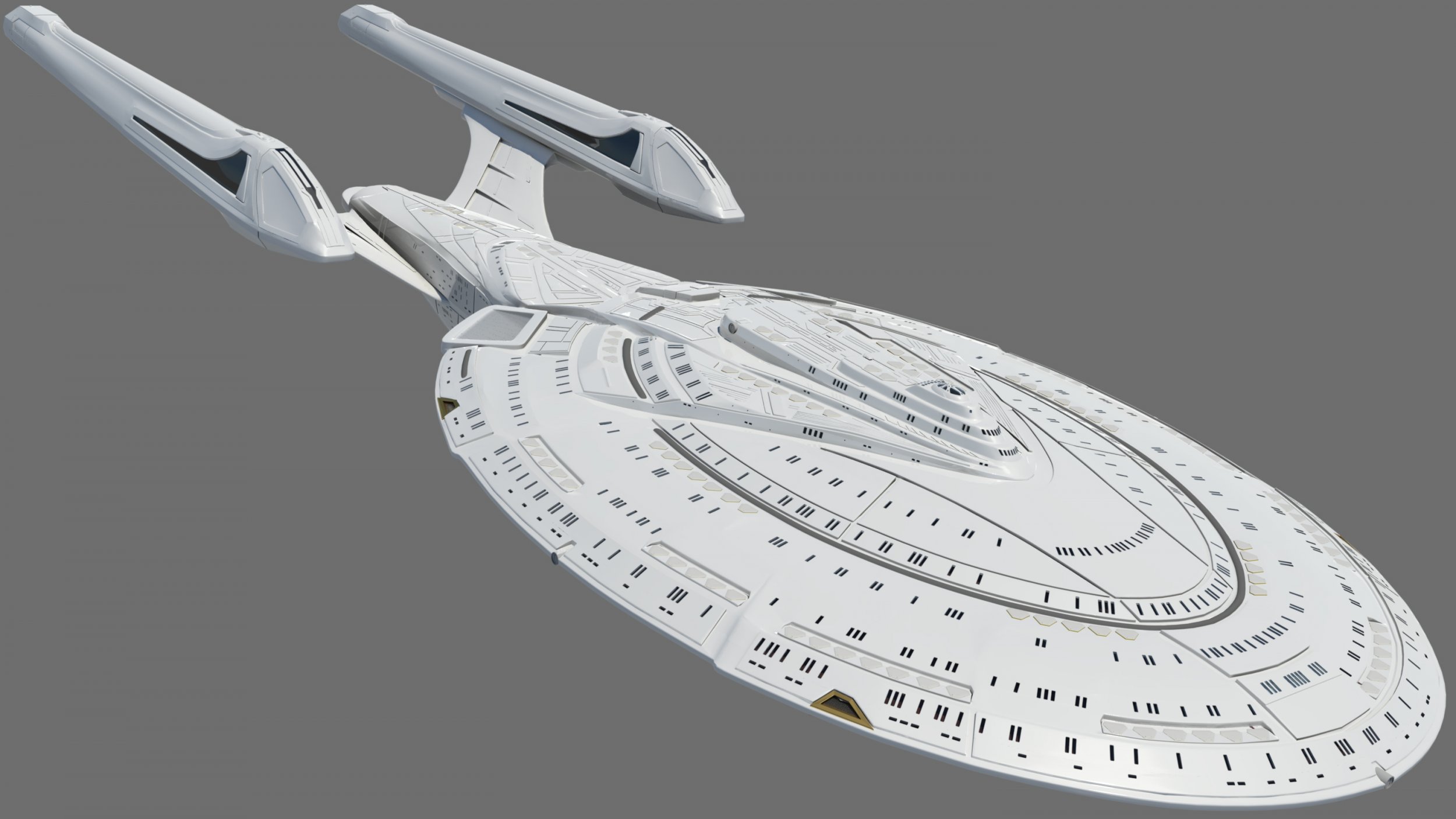 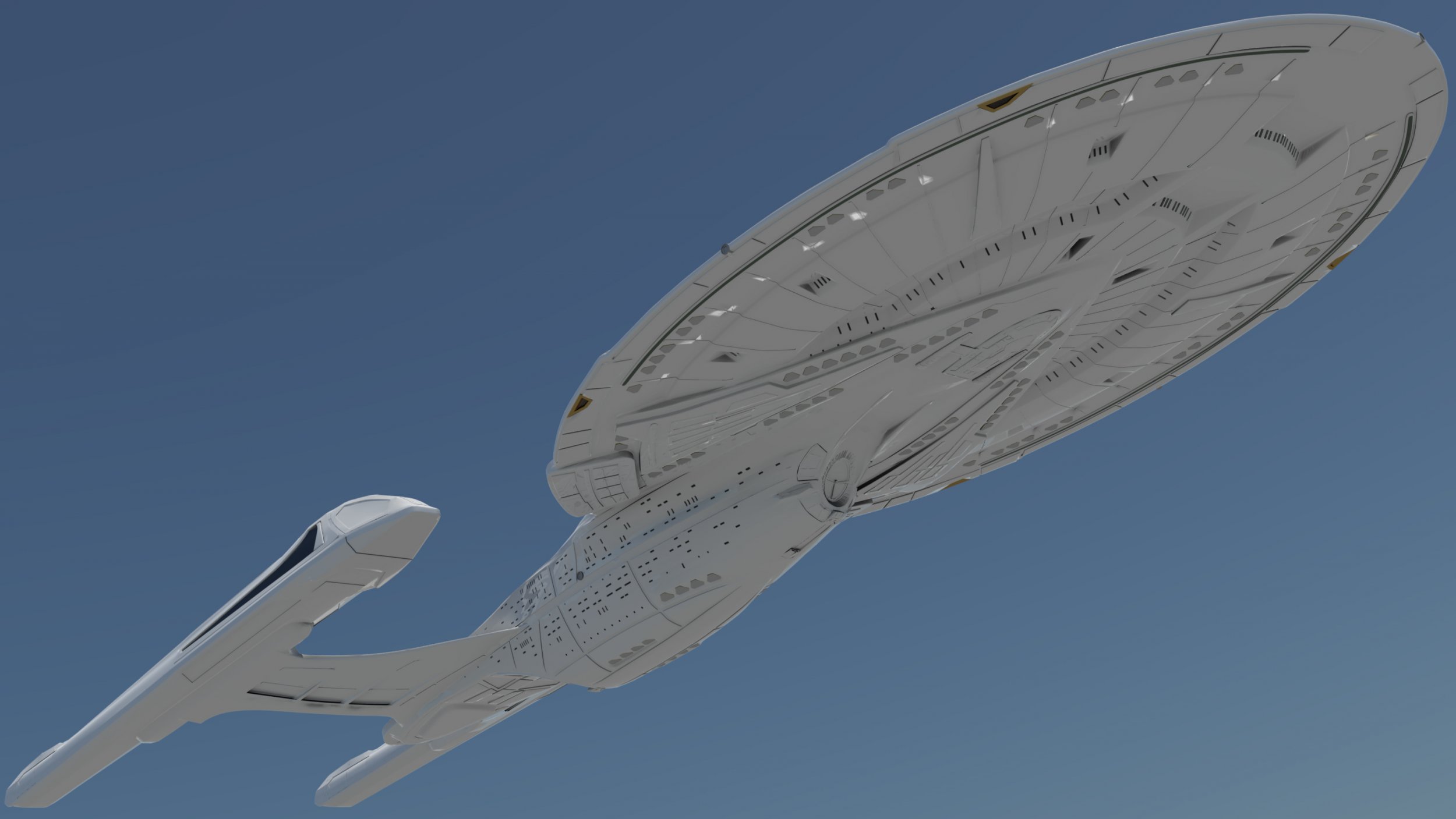 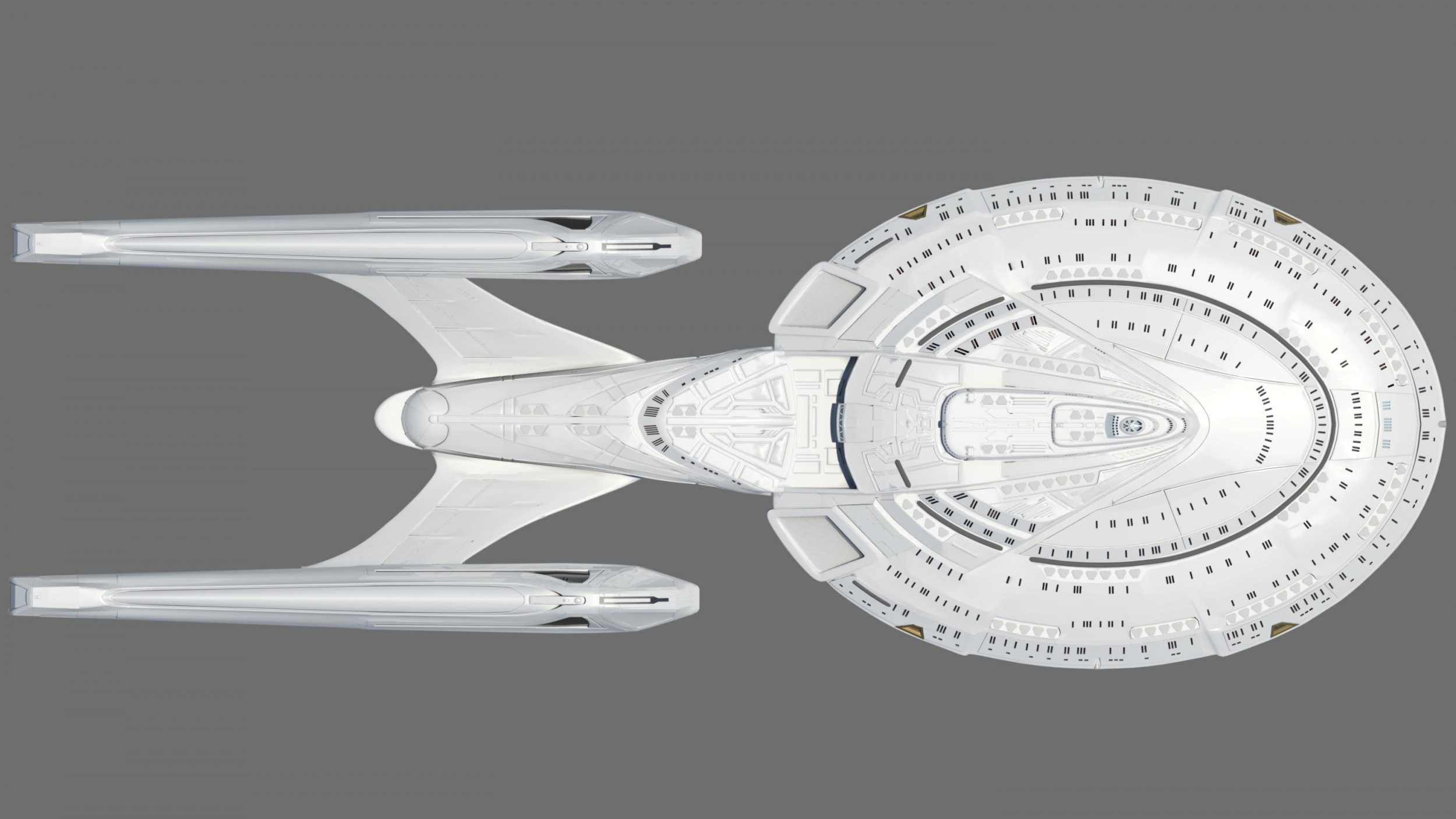 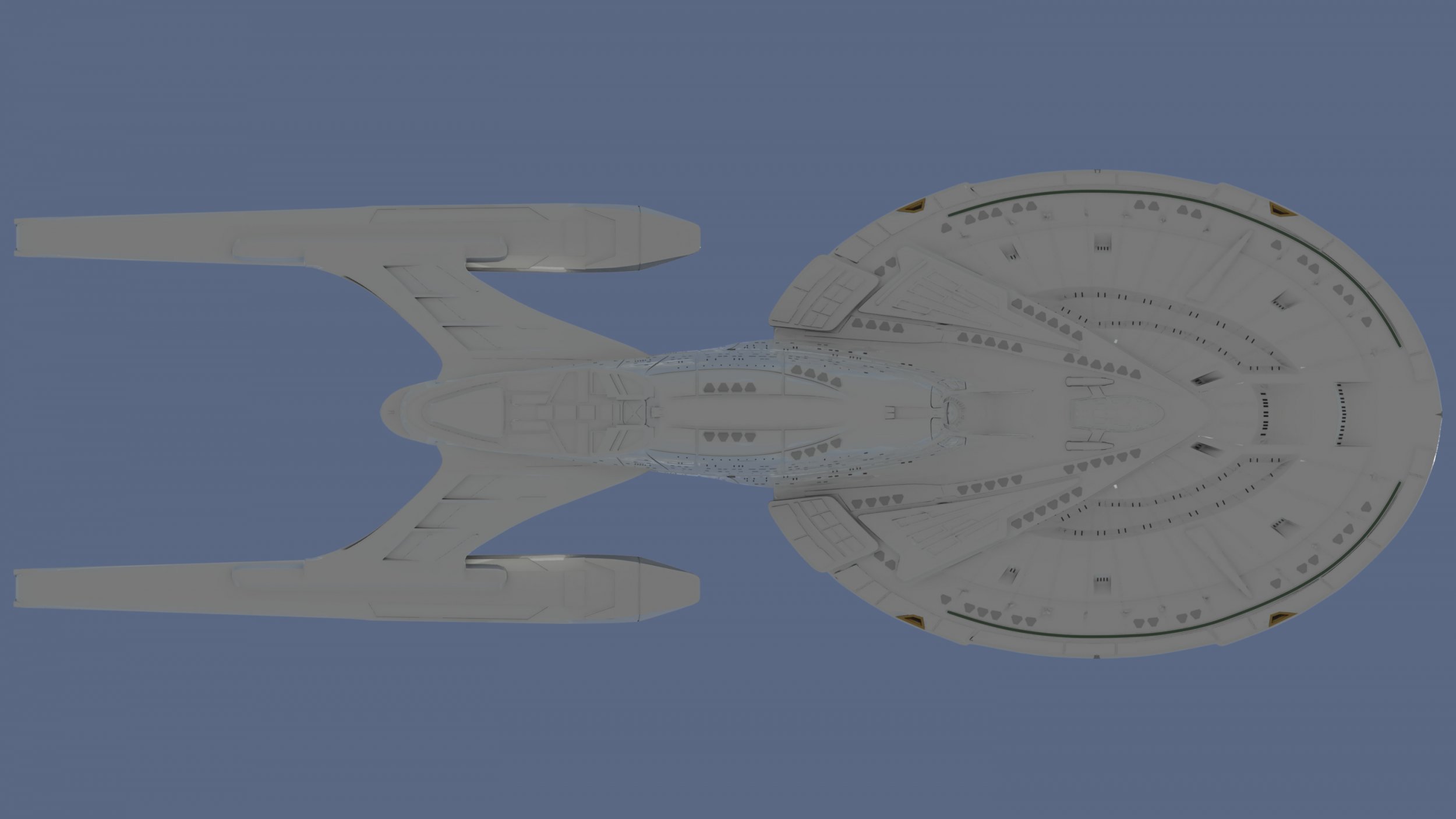 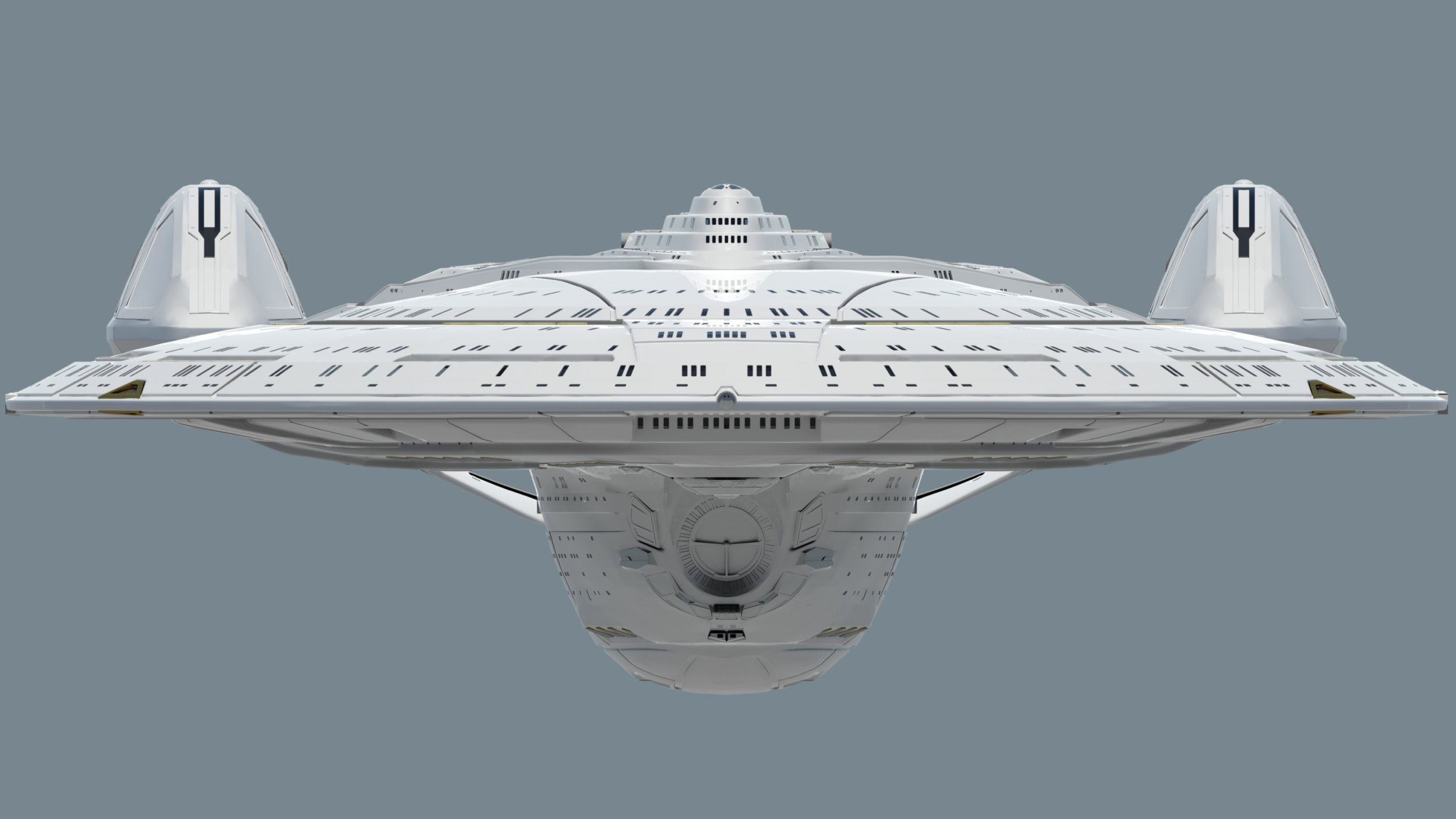