The Librarian0 Posts: 0Member
August 2012 edited September 2013 in Work in Progress #1
A few years ago, I started playing around with redesigns of ships from the BBC Classic sci-fi series, Blake's 7. This was inspired not a little bit by the audio re-imagining first broadcast in 2006.

The main subject of this was the 'hero ship', the Liberator, well known for resembling a microphone flying backwards (this actually was the basis for the design...). And while I have a big soft spot for the original design - it is wonderfully unique - I wanted to have a go at producing something more modern-looking. Something a little more *dangerous* looking. In the audio plays, the ship is depicted as being both alive and predatory, barely under the rag-tag crew's control. I tried to reflect that in the external appearance, as well as mapping the hexagon motif from the interior on to the exterior.

Recently, I've started rebuilding my take on the Liberator in Blender, taking the lessons I learned building it the first time and using them to refine the design. This has also allowed me to begin creating an interior for the ship as well.

Below are some early WIP images. Bear in mind that the entire drive section is missing at the moment. I've built a shuttle to give you some idea of scale - going with the audio plays' depiction, I'm building the ship to be a little over 2km long. Oh, and sorry if these aren't the best quality. I rendered them this morning before work and had to hurry out without checking them until lunchtime.

Hopefully they'll give enough of an idea of what I'm going for thought! 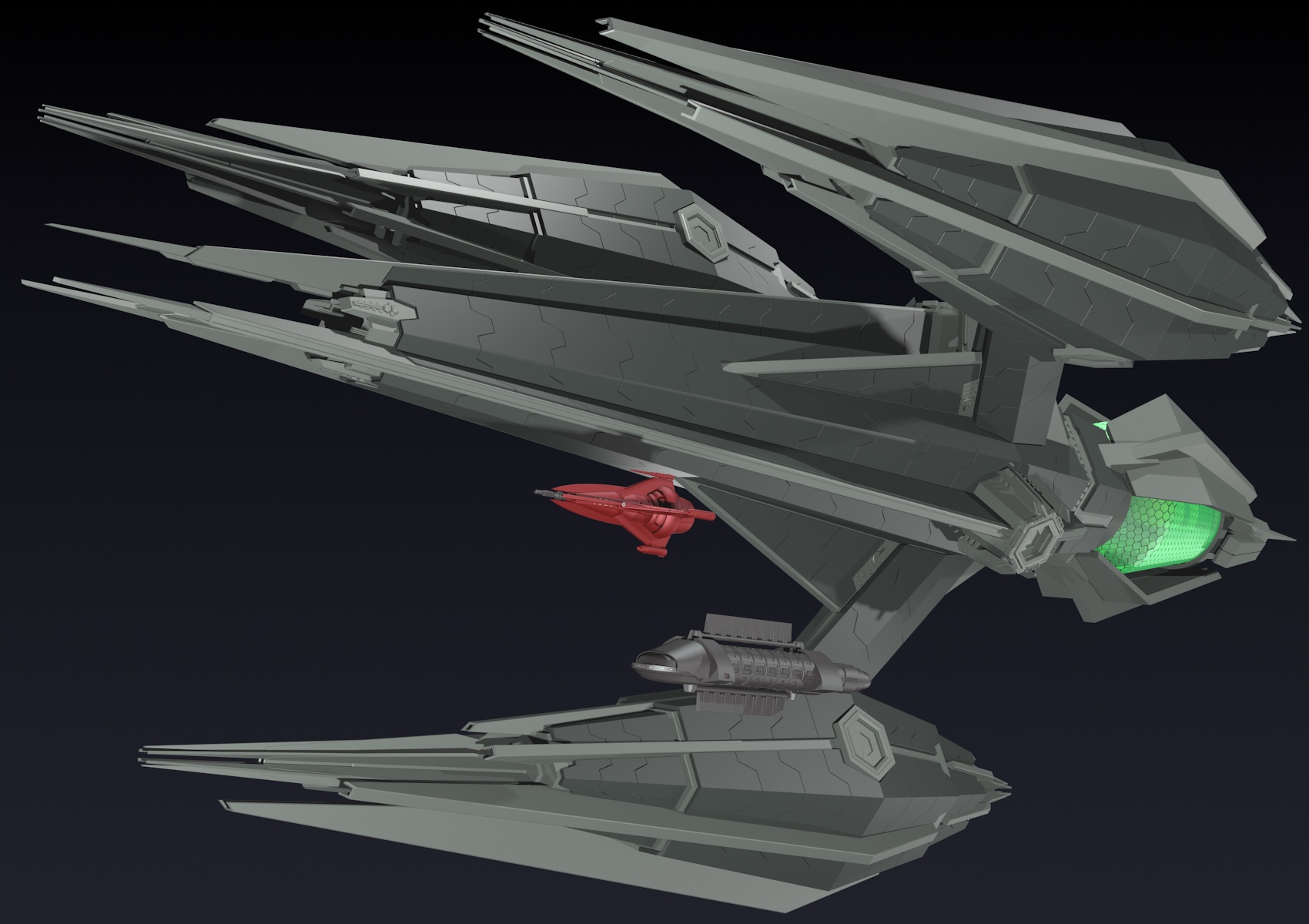