I consider the Klingon D7 one of the most beautiful ships in the Star Trek universe. Inspired by REL777's physical model, I decided to tackle this complicated ship. What you see here represents numerous starts and redo's.

The teardrop front structure has been redone 4 times. The top twice. I finally found some very good photos to work from. A certain amount minor things you see here will be redone. But I wanted to start a post.

Enjoy my faltering efforts. This is done in Lightwave. 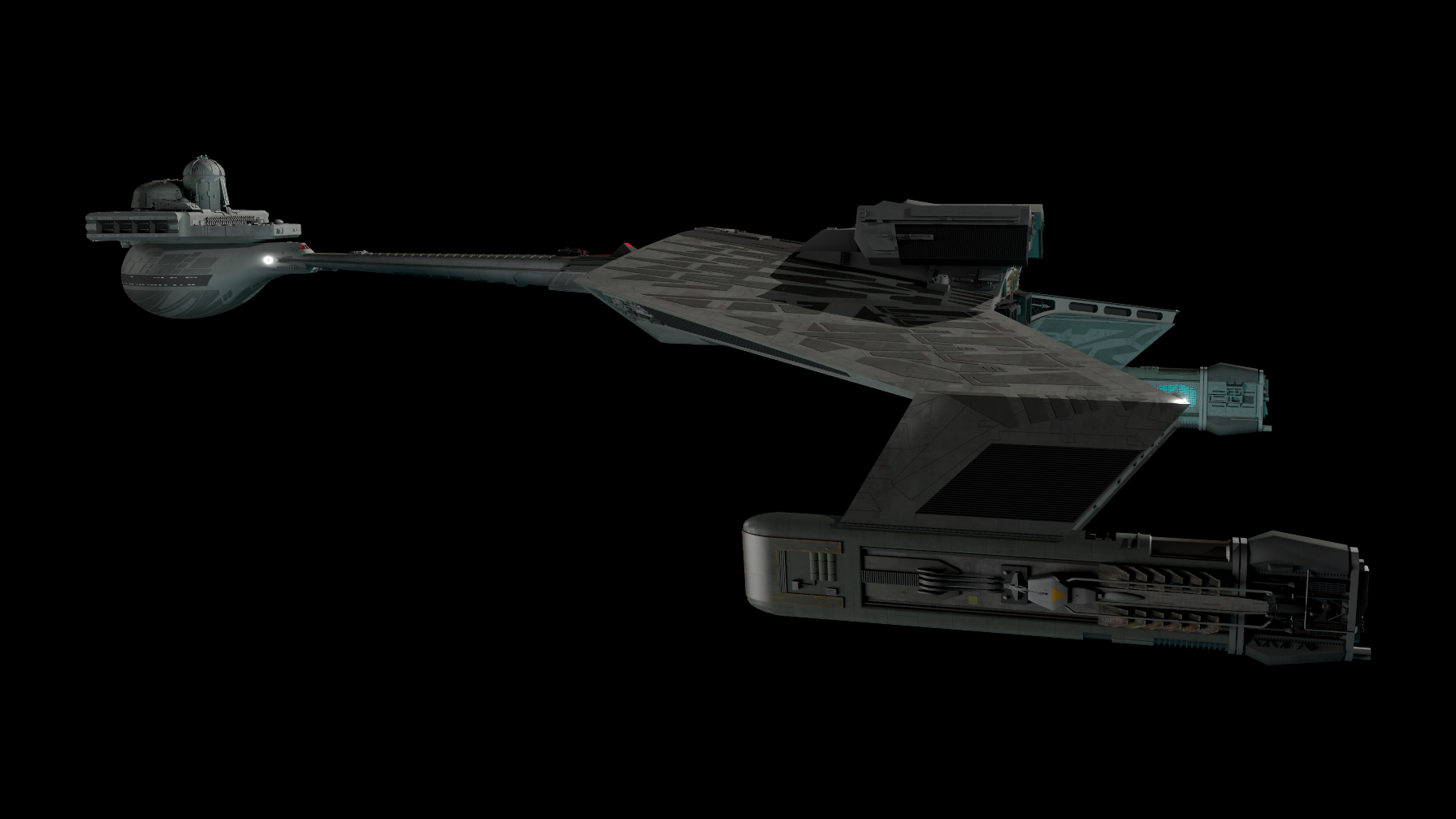