I decided to lift up my stylus again, and do some sketches. These mech/tanks belong to a quasi realistic future timeframe.

I do plan on making a 3d mesh for each of them, and possibly putting them in a scene with some opposing walking tanks. . . because who doesn't like explosions and sheise. These doodles don't neccesaritly represent what the finished product will look like, as I block out the meshes, I will attempt to keep the design close, but I might have to make changes per physical limitations to allow a realistic freedom of movement. 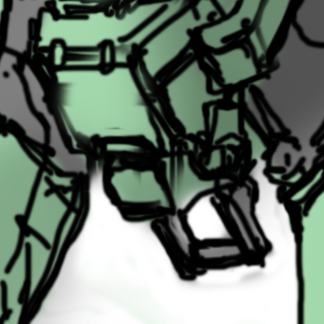