IAâ€™ve been playing with the Lego Digital Designer lately. However, yesterday, Madkoifish told me about LeoCad, which is much better, IMO. The Lego Digital Designer is an attempt to get people to make custom Lego kits and buy them at outrageous prices (they basically just put the parts you use in a box and send it to you.) I did a price on one of my creations and it was $70 (USD.) However, LeoCad is more about just making Lego-type stuff. It has a huge library of parts, most of the ones that have been done over the years. Lego Digital Designer uses only newer parts. It also will only save to its own format, LeoCad will export to .obj and .3ds.

So, since LeoCad is so versatile, I decided to try some actual Lego kits with it. I bought many of the Star Wars kits back in the Aâ€™90s and early 2000s, but I didnAâ€™t feel like digging up my old instruction manuals, so I found a site that has them scanned. I decided to start with LukeAâ€™s Landspeeder, because itAâ€™s one of the smaller kits, it doesnAâ€™t use as many parts as some of them do. It went fairly well, the biggest problem I had was finding some of the parts in the library (I had to know in which categories to look.) Anywho, it came out really well:

I exported the model to .3ds and loaded it into trueSpace 3.2, setting the importer to automatically fix flipped faces. There were issues with tS7.6, IAâ€™ll get into that momentarily. Anywho, it turned out really well also:

This next bit is amazing to me. I loaded the mesh that I imported into trueSpace 3.2 and saved to a .cob file into trueSpace 7.6. For some reason, it doesnAâ€™t look as good. There are flipped faces that I canAâ€™t fix. And the .3ds importer in tS7.6 doesnAâ€™t have a tool to fix the flipped faces when I import it. So, IAâ€™ll be continuing to render these in tS3.2 because this is how it looks in 7.6:

Next, I decided to do the A-Wing. It went well. As with the Landspeeder, I had trouble finding a few parts, but it all worked out OK in the end.

I see a couple small issues with it, IAâ€™ll fix those later. Though, all in all, it came out well.

I also have instructions for the X-Wing and I can get more instructions. I might even get crazy enough to do the Falcon. 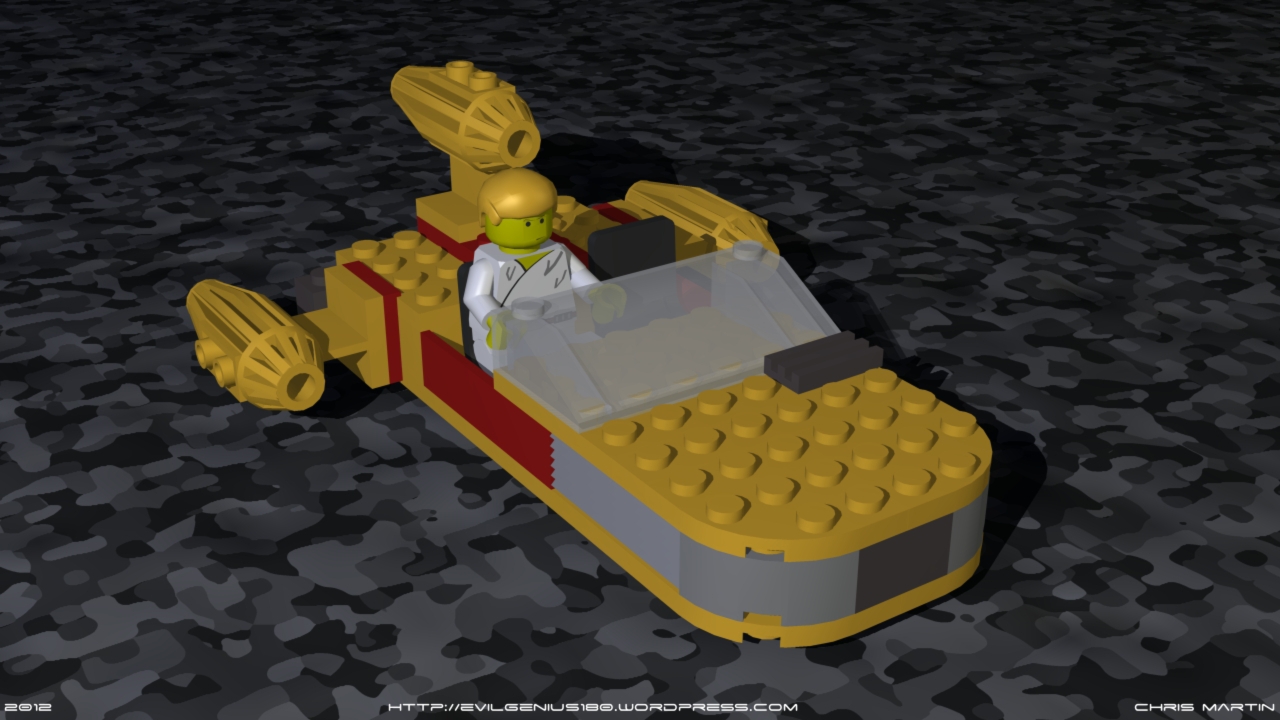