Here is my take on the shield helicarrier. There are a few placeholders in for now holding some places down until I get round to it.
Basically it is for VTOL's only so no need for a traditional carrier deck. The aircraft land at the rear or at the front middle pad and are generally launched by the two runways either side. It is possible for conventional aircraft to land in an emergency as the hangers can be configured in short notice to open through.
Its kept aloft by six engines not sure what type yet but I like the look of what I have now. 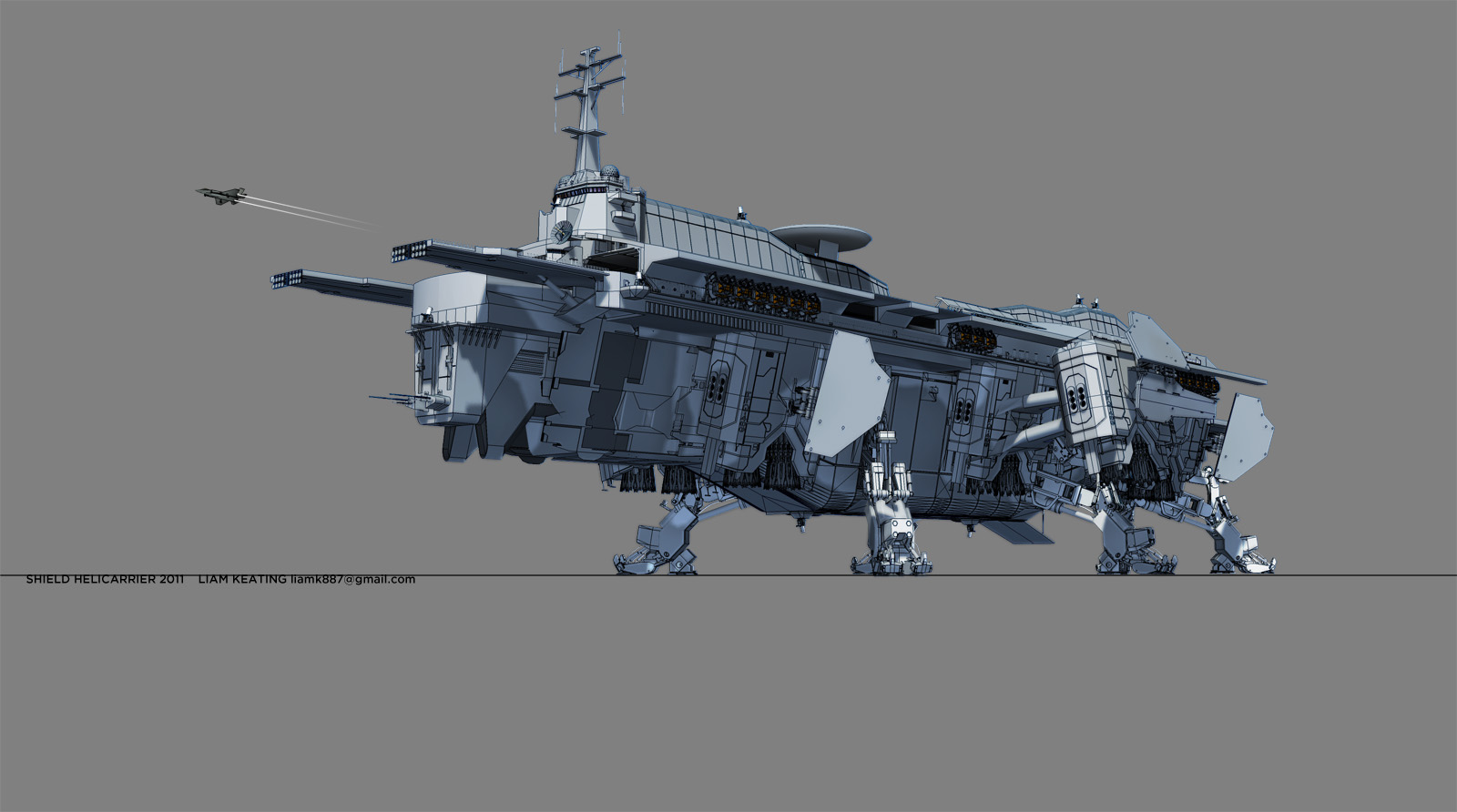