I'm now involved with a new web series that will revive the old Lost in Space franchise. This means that we needed to create a "new" Jupiter 2 that makes some sort of sense. Those of you familiar with the original know quite well that the ship as designed could never house the two decks shown in the TV show.

The original ship was only 52 feet in diameter (depending on who you talk to). This worked with the early concept shown in the pilot episode in which the ship had only one deck. But since the broadcasted show firmly established the two-story version but never bothered to re-work the exterior of the ship to reconcile the change, I had to go back and re-visit everything about the craft in an attempt to "make it work."

Rather than play the game the movie did and completely toss out the original design, we decided that the ship is so iconic that we wanted to preserve the proportions of Robert Kino****a's original design. (edit: Robert KinoSHEETA - LOL to the language filter!)

After a lot of experimentation, I settled on a new diameter of 98'-4". While this may seem arbitrary, it actually results from careful studies of the landing gear and lower deck, which I'll go into more detail in succeeding posts. A smaller diameter can work, but it means drastically altering the lower level to accommodate the landing gear structures.

Edited to change the thumbnail... 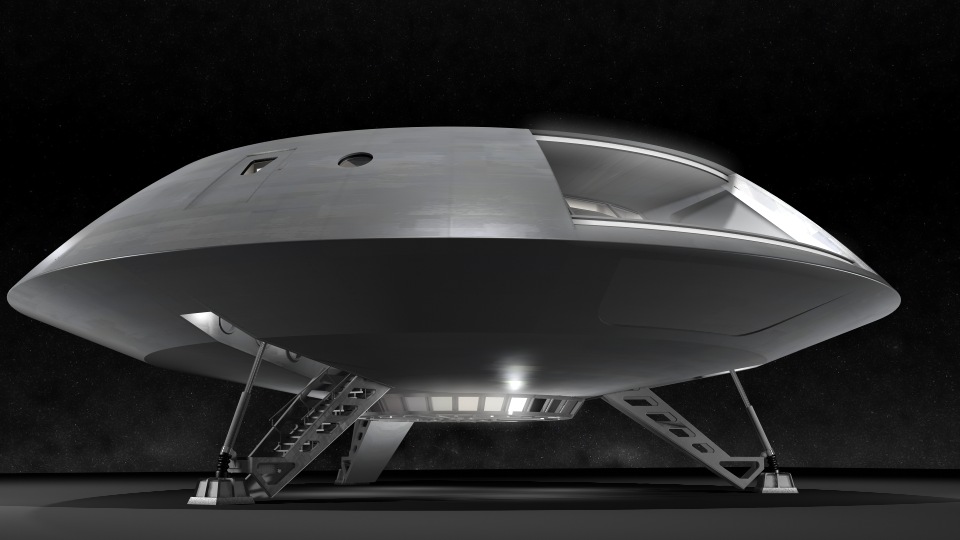