This is my current project... started when I was doodling over lunch break at work...

Not much of a backstory at the moment, but simply put this is the Daedalus equivalent to the Nimitiz class Nuclear Aircraft Carrier.

Armament @ the moment consists of the standard ventral missile silos, but will be suplimented with Drones, AAA railguns, Ship to Ship railguns... and 1 or 2 MAC-type guns... not counting the Asgard Beam-weapons... and a full compliment of F-302 and Puddle Jumpers (Ancient, and possibly an Taur'i equvalent...).

Scale wise, I haven't worked out the exact size, but the ship is almost exactly the same width as 28 302's parked wingtip to wingtip: and if I remember the conversion correctly it is either 25 or 26 decks tall ( I beleive the decks are supposed to be between 10 and 12 feet tall.

As of right now, the sublight engines are placeholders... as are the "Asgard" towers, and I am working on the S-to-S railguns, which are based off of the DDX destroyer type turrets.

I also need a name for this mammoth... ideas? 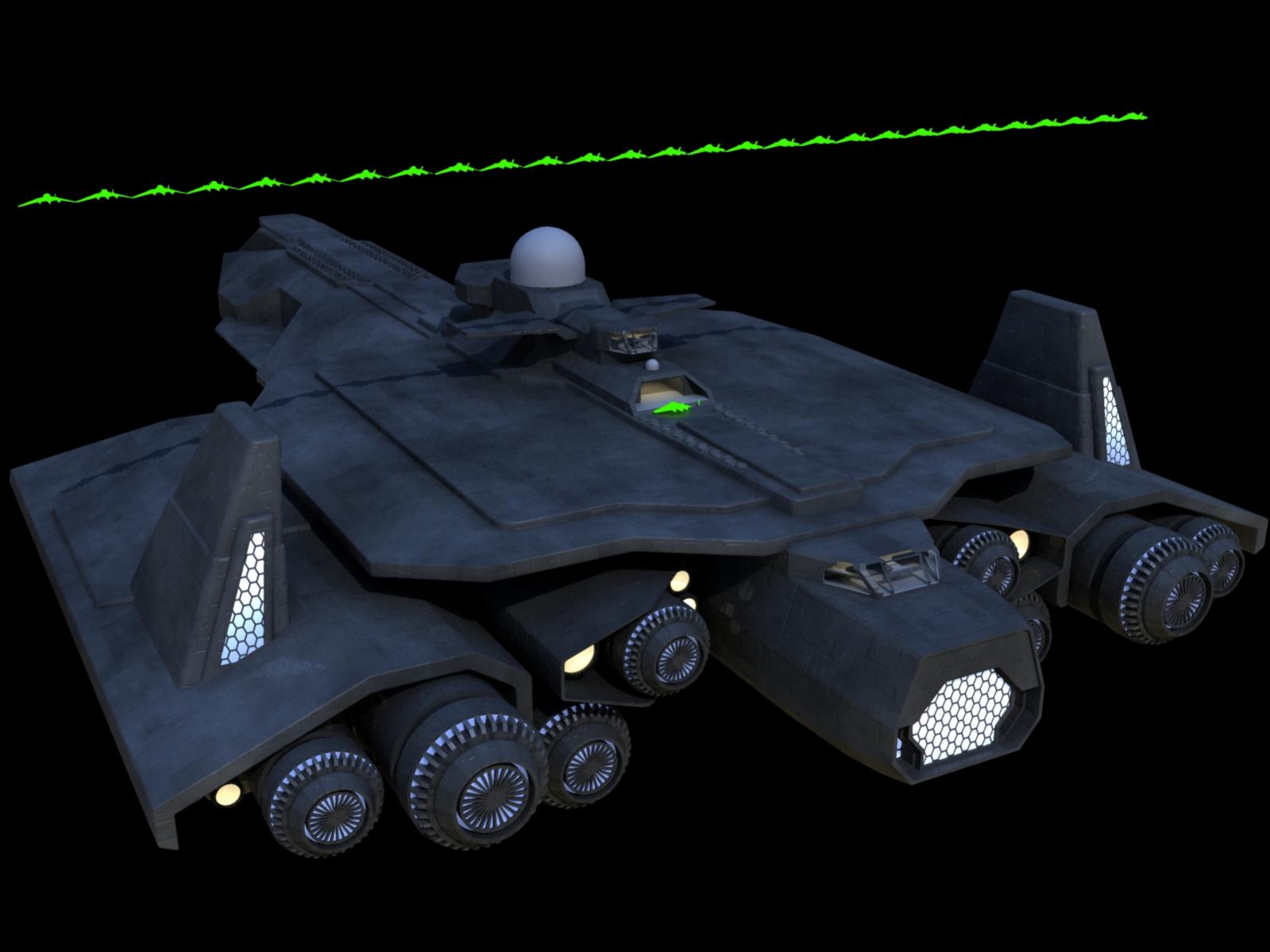 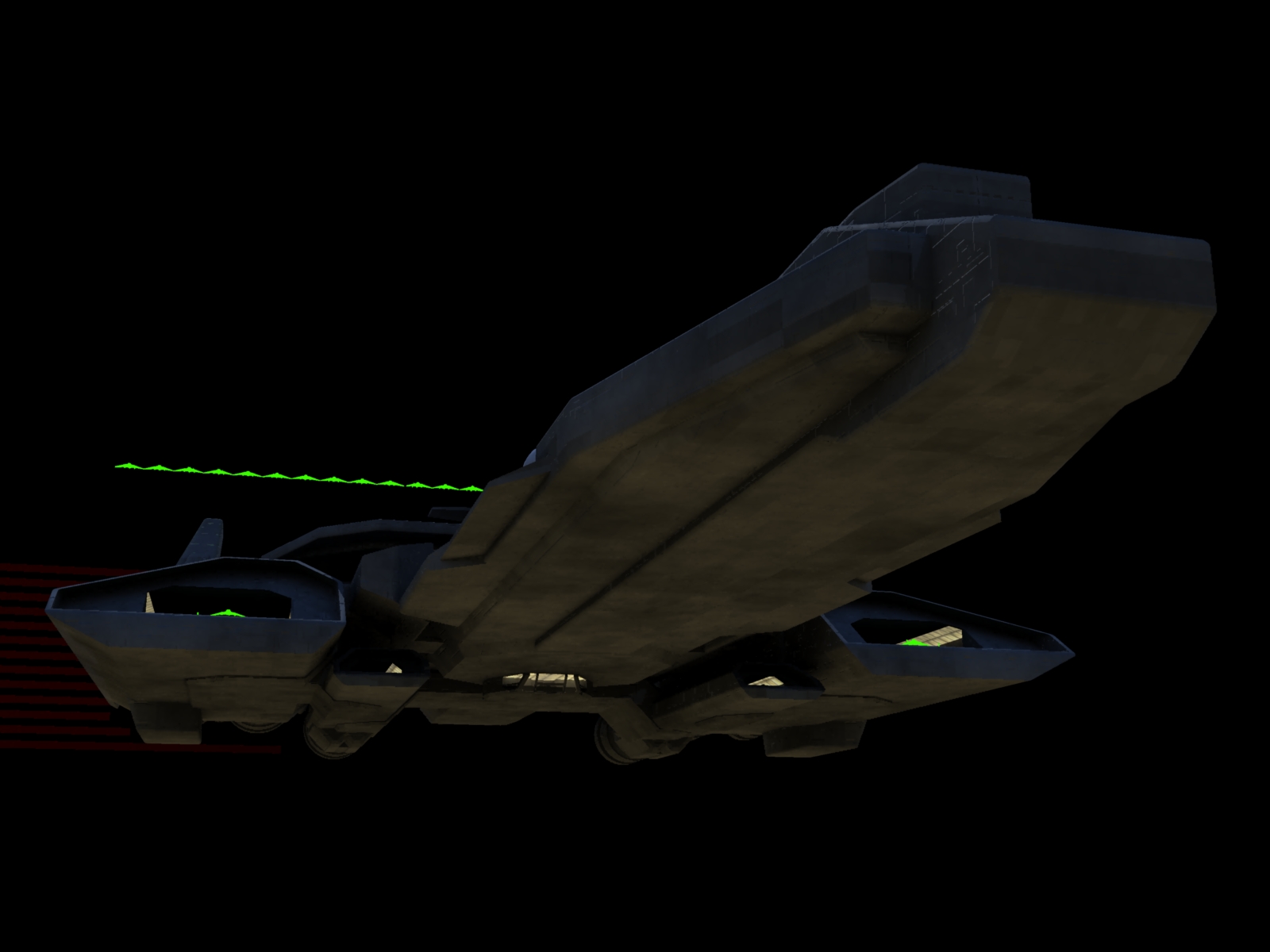