Thought I'd get around to rebuilding some of my original ship designs.
The first ship I decided to start on is the M'Aangan fighter.

The history is kind of rough at the moment.
The M'Aangan race is the first exra-terrestrial life form encountered by the Human race. This encounter took place a few years after the Explorer class ship Christopher Columbuswas thought lost to an explosion. This explosion, instead of destroying the Columbus opened a hole in space and sucked the Columbus into M'Aangan occupied terratory.
After floating nearly dead in space for 18 months a M'Aangan freighter found the ship and towed it back to the nearest inhabited world. Over several months the crew of the Columbus, still kept alive by their failing cryotubes are revived and their ship repared with the addition of Earths first FTL drive. This drive will become known as a jump engine.
The first use of this Jump engine will return the Columbus and her crew to Earth escorted by two Ships of the Royal M'Aangan Navy. Shortly after these incidents the United Earth Government is formed and the M'Aangan become it's greatest ally.

The M'Aangan are a humanoid race. The males are an average height of 8 feet and the females are an average height of 7 feet. Both sexes have deep blue eyes and long black hair, the males keep there hair tied back. They are considered beautiful by many but this could be caused by a pheromone that adjusts to whatever race might be near. They have a very limited control over this pheromone and it is not sex specific. Meaning a male pheromone
can effect either male or female of another race. One of the few known races that this has no effect on is the Sckrow, a small reptilian race. Because of this the Sckrow hate the M'Aangan.

Normaly a very open race who freely gives it technology to other races. The one thing unknown about their technology is their fighter craft. Pilots for these fighters have never been seen. This leads many to believe that the ships are piloted by remote or have a biolagical brain that is grown within the ship. These fighters have no FTL drive but when needed several of these fighters can be attached to an external FTL drive. This device is called the death blossom. These ships normaly work in groups of five or more.
The weapon systems of thses ships can be slaved together to hit a single target. One ship will move forward of the rest and paint a target. All other ships will lock to this target automaticly. This can effectivly keep the other ships at a safe enough distance while fireing. This can also be used for recon by sending the intelligence to the support craft.

The first four pics are of the original ship. 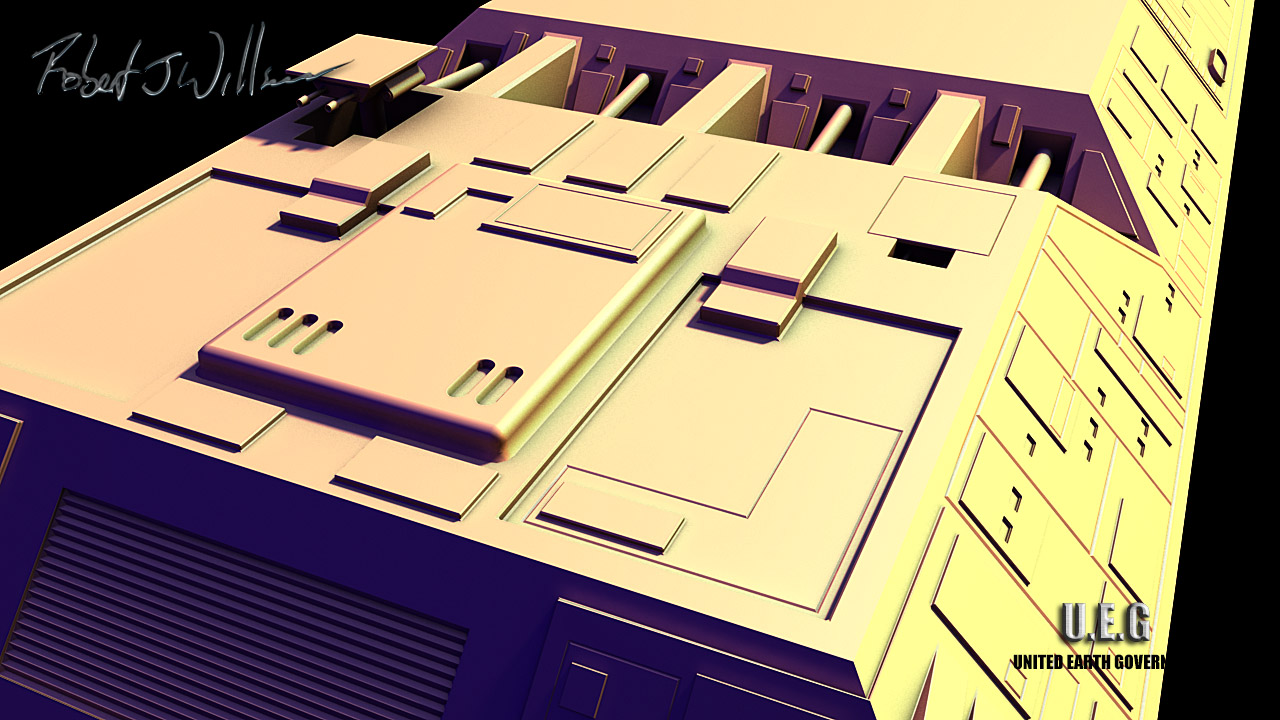