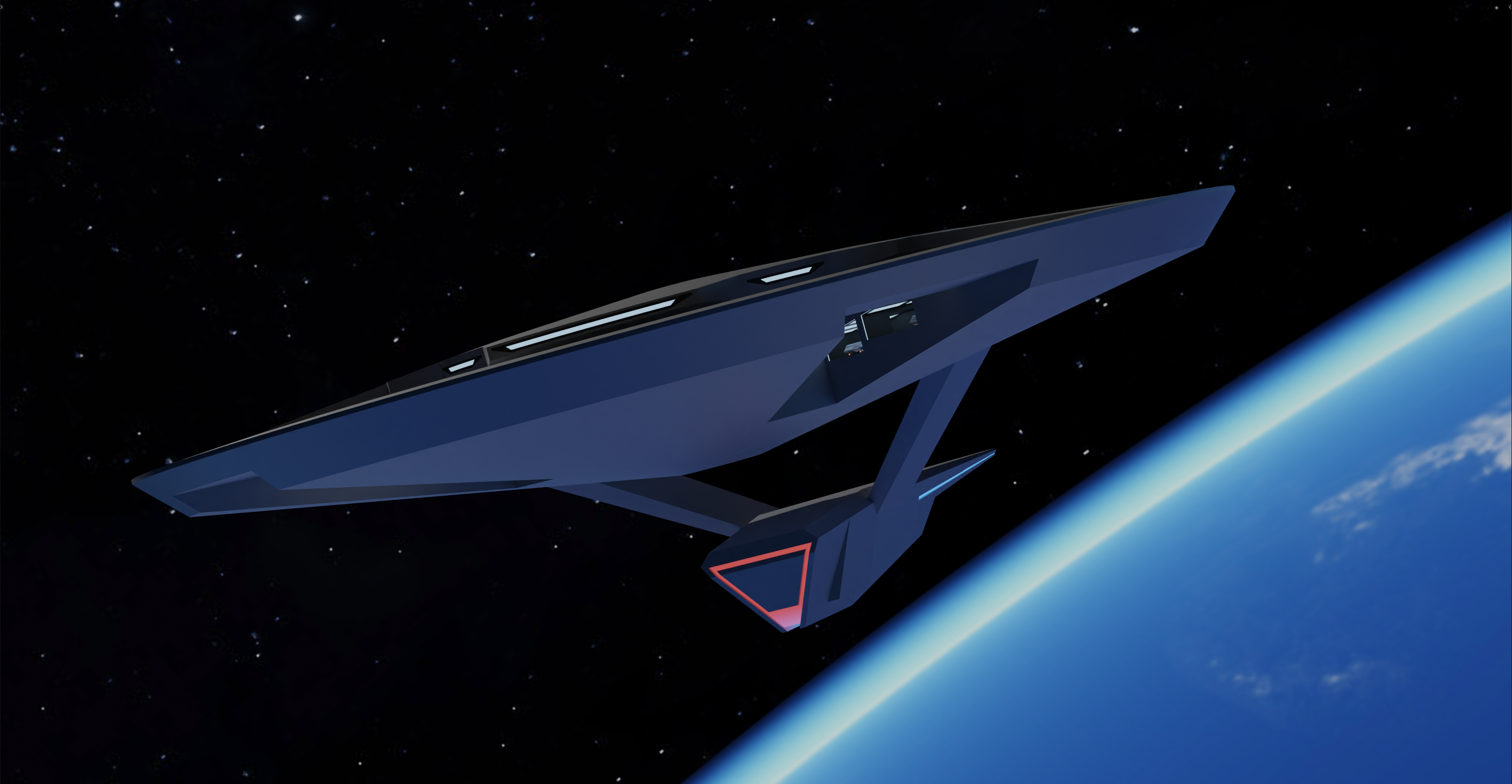 Me
Greetings fellow members and modellers, let me introduce myself, i'm Ael's, i'm 22yo and soon to be 23yo, i've been doing 3D since November 2019.

- - - - -
My Project
Recently — mainly since ST Discovery Season 4 started — I've been thinking of how would look some TOS and more conventional ships in Starfleet 32nd Century. I'll admit that i went a bit overboard from the known 32nd century style. I also wanted to keep the Discovery A's nacelle look since I had fallen in love with it.
To make everything clearer I'm gonna summarise the basic ideas i had into a list.

Note that all of this is quite crude since it's my first real original project in the Star Trek universe, first in the sense that i've actually put a lot of thought in it and not simply shipped two design to make a baby (those who know me would remember the Aurora class that was supposed to be a child of the Sovy and Ody).

- - - - -
Current State
So far beside shape and design exploration not much has been done, my main ship is the Saladin Class — yes, you already know that name which is why I'm going to refer to it as "32nd C' Saladin" — which some references to its TOS ancestor, such as two almost identically placed shuttle bays, one nacelle. The main differences would be two Pylons instead of one, negative space where the shuttle bays have been integrated, 32nd C' Constitution Class (Kirk Class for STO) like Exotic Saucer, Upper Saucer would receive the Bridge and the Lower saucer would be the main crew, engineering, "everything" area.

Beside the 32nd C' Saladin Class (32SC), I've worked on two other ships in accordance to "TOS Ship Configuration (Modularity)", respectively known as the "Unknown Class A" (UCA) and the "Unknown Class B" (UCB) — yes, I know it's quite Original for names — let's describe them before seeing some pictures.
Before going to pictures and more precisely comments note that if you have suggestions you're free to send them but note that i might not know all the Technical Terms so please excuse any possible confusion.

- - - - -
Pictures
Now it's time for some pictures — because yes pictures are useful — note that some changes might have been done since. Also note that i used my TOS Class F shuttle for illustration.
Post edited by Ael's on January 3
AW Fanon Wiki — — — DeviantArt — — — AW Discord (EN)