Did an Ambassador-class mess years ago, when I had an educational license to 3DS Max. Tried to learn Blender when it expired...failed utterly. But more recently I gave Blender another go, and was surprised I was able to actually pick it up this time. After I did the Starbase Waystation mesh, I started working on an Ambassador-class.

Although I started trying to follow any online reference images very carefully, I realized there were some things I didn't like and changes I wanted to make. Haven't gotten to most of them yet, as you can see from the images the mesh is still in a very WIP state.

My excuse for deviating is that this particular ship is, like Starbase Waystation, from a fan-fic series. And it had several repairs, refits, even a full rebuild. So that's my excuse for taking liberties. 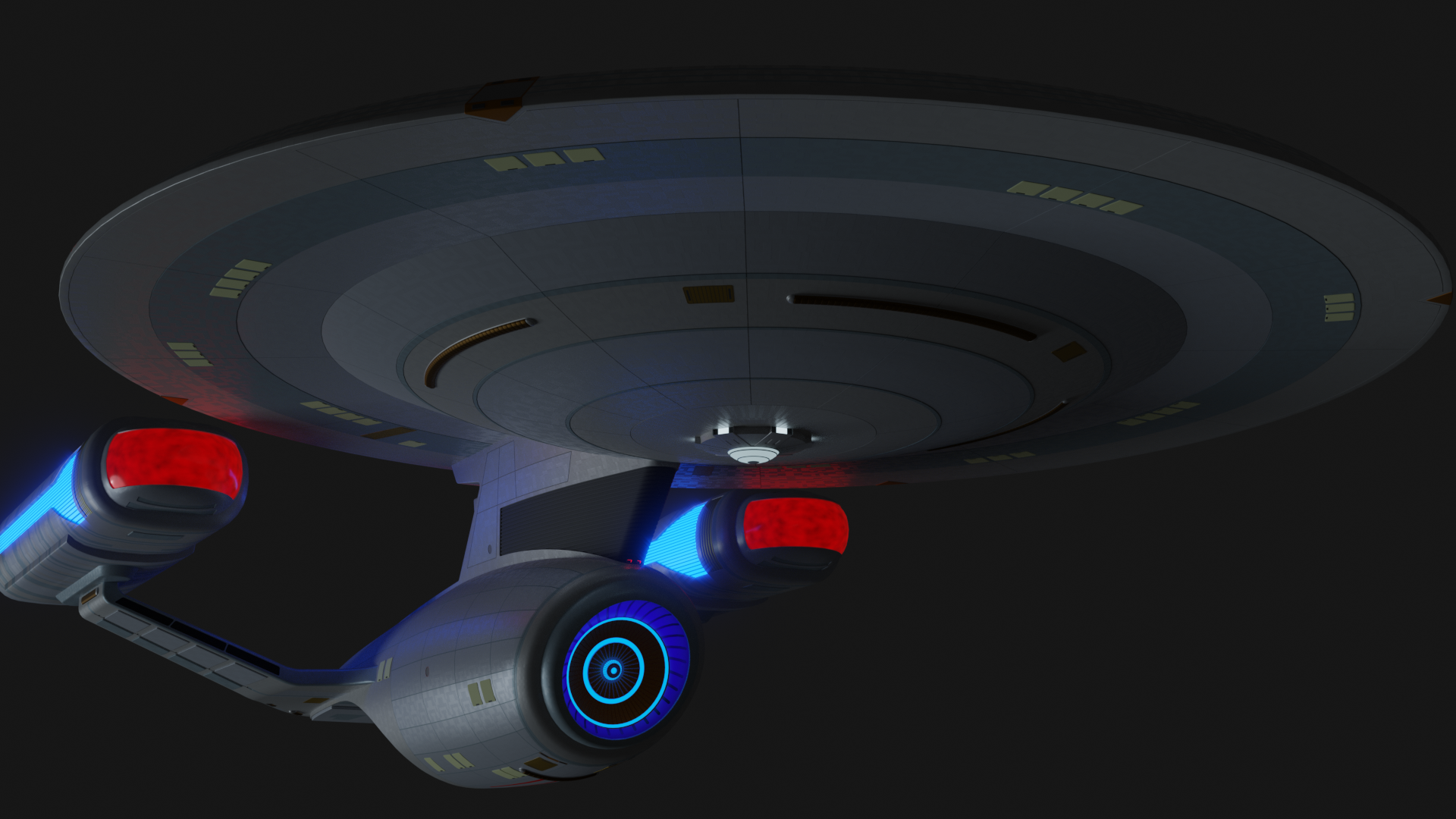 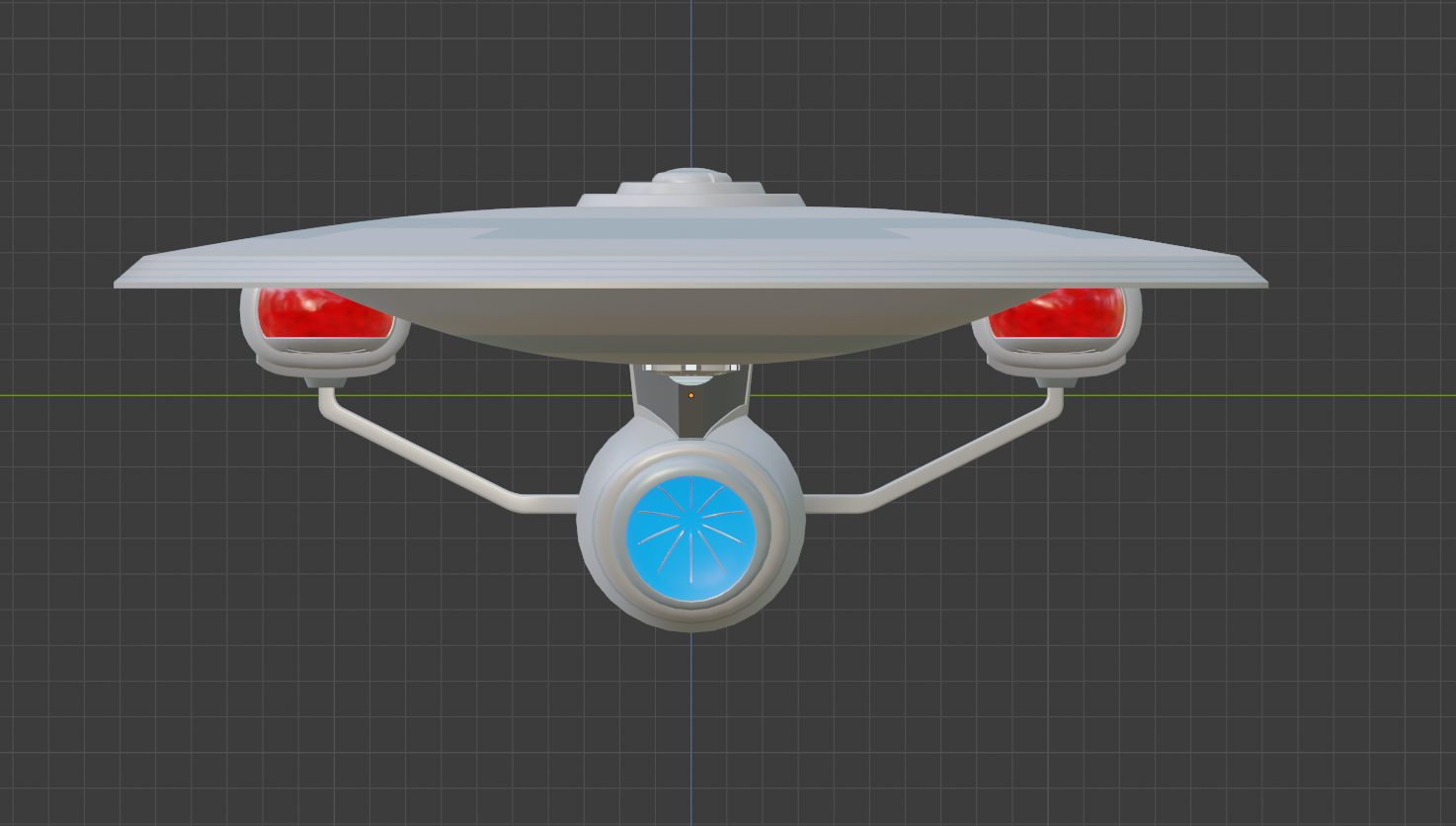 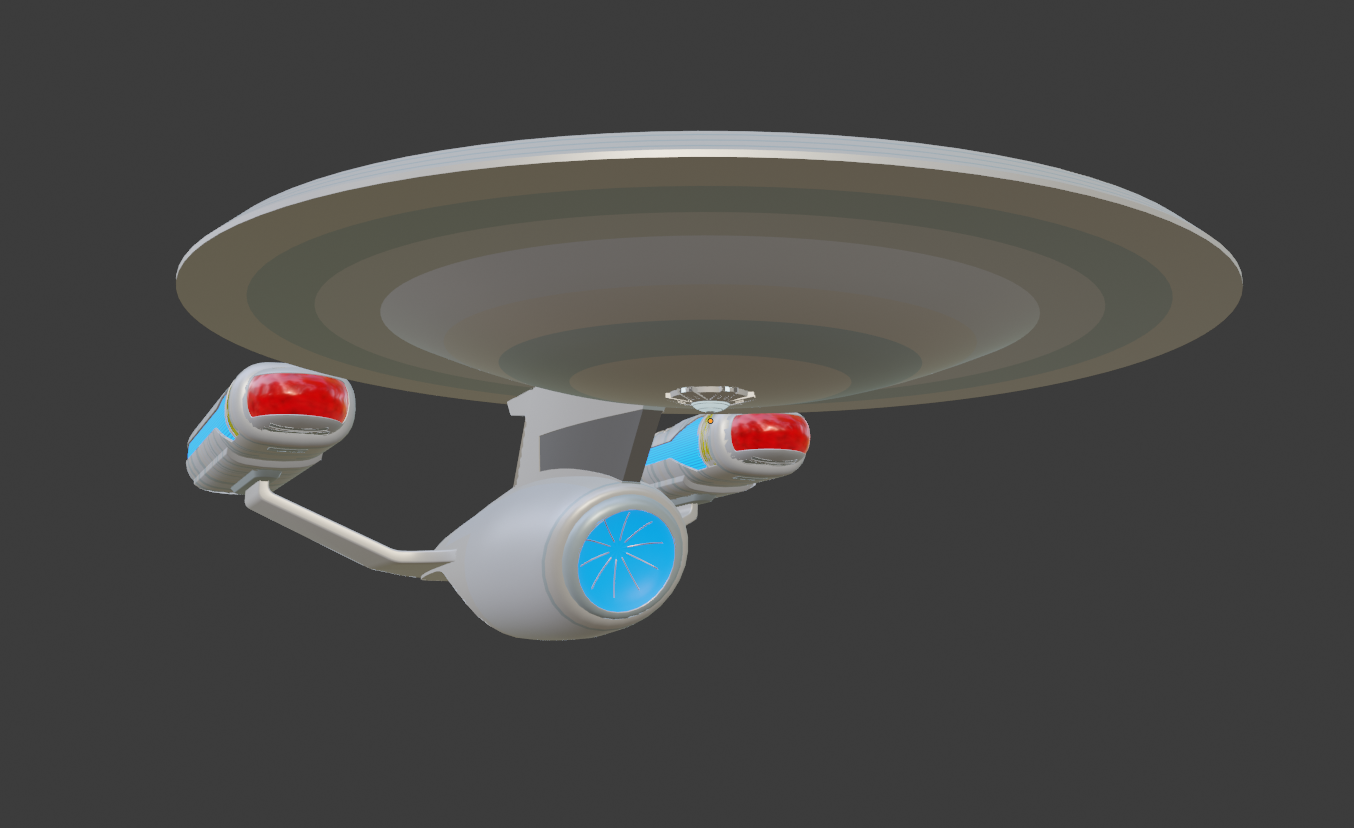 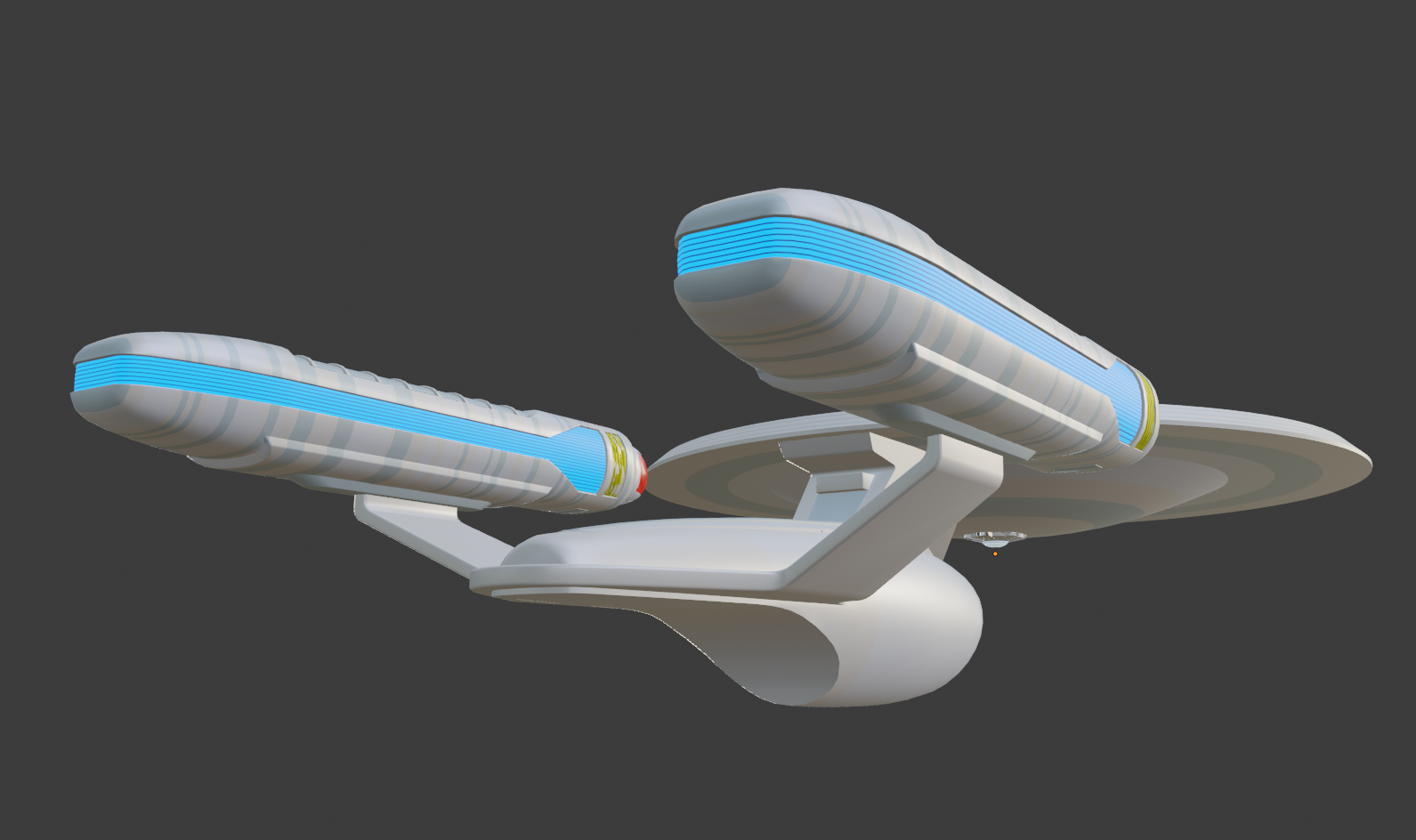 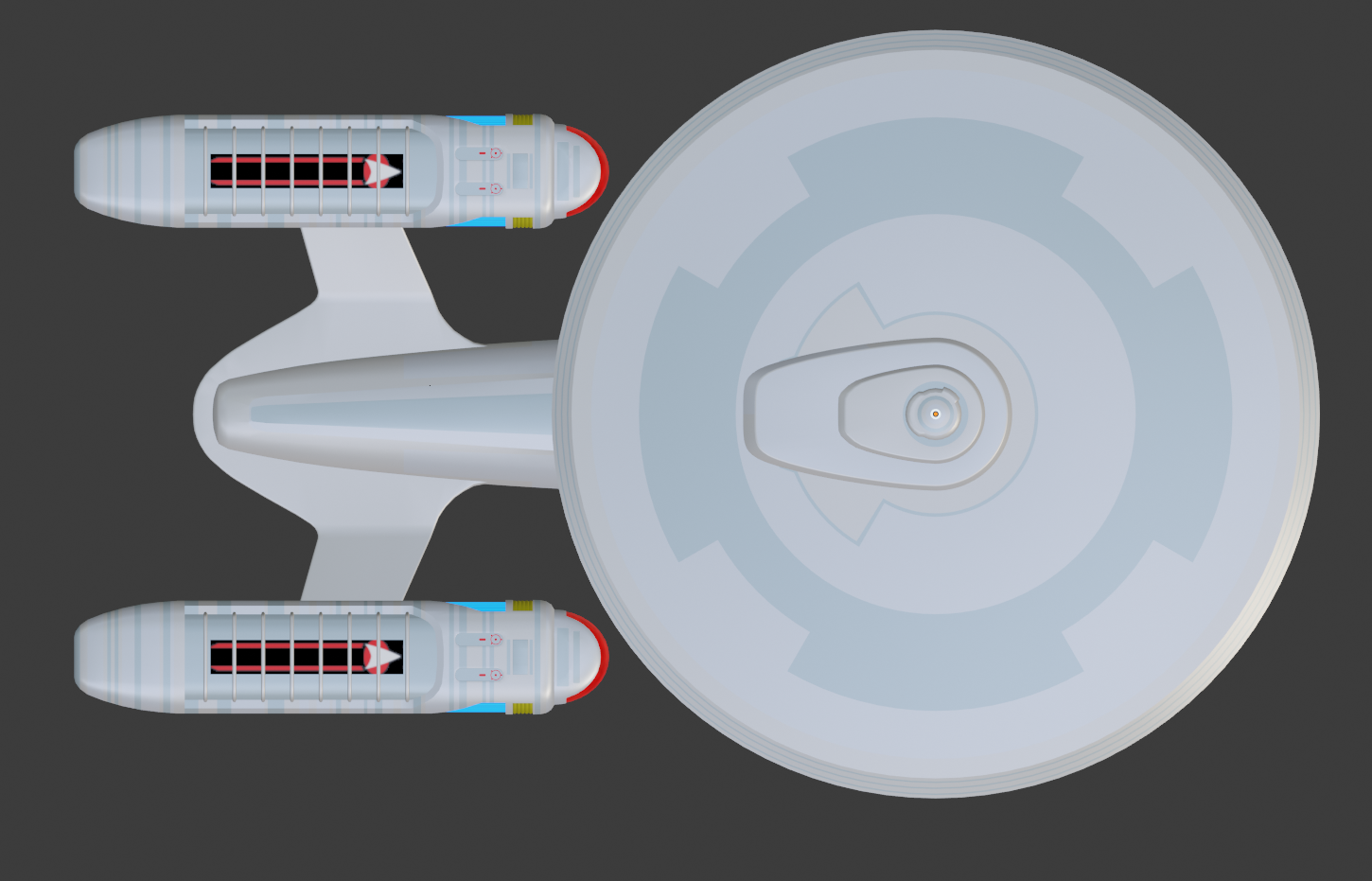