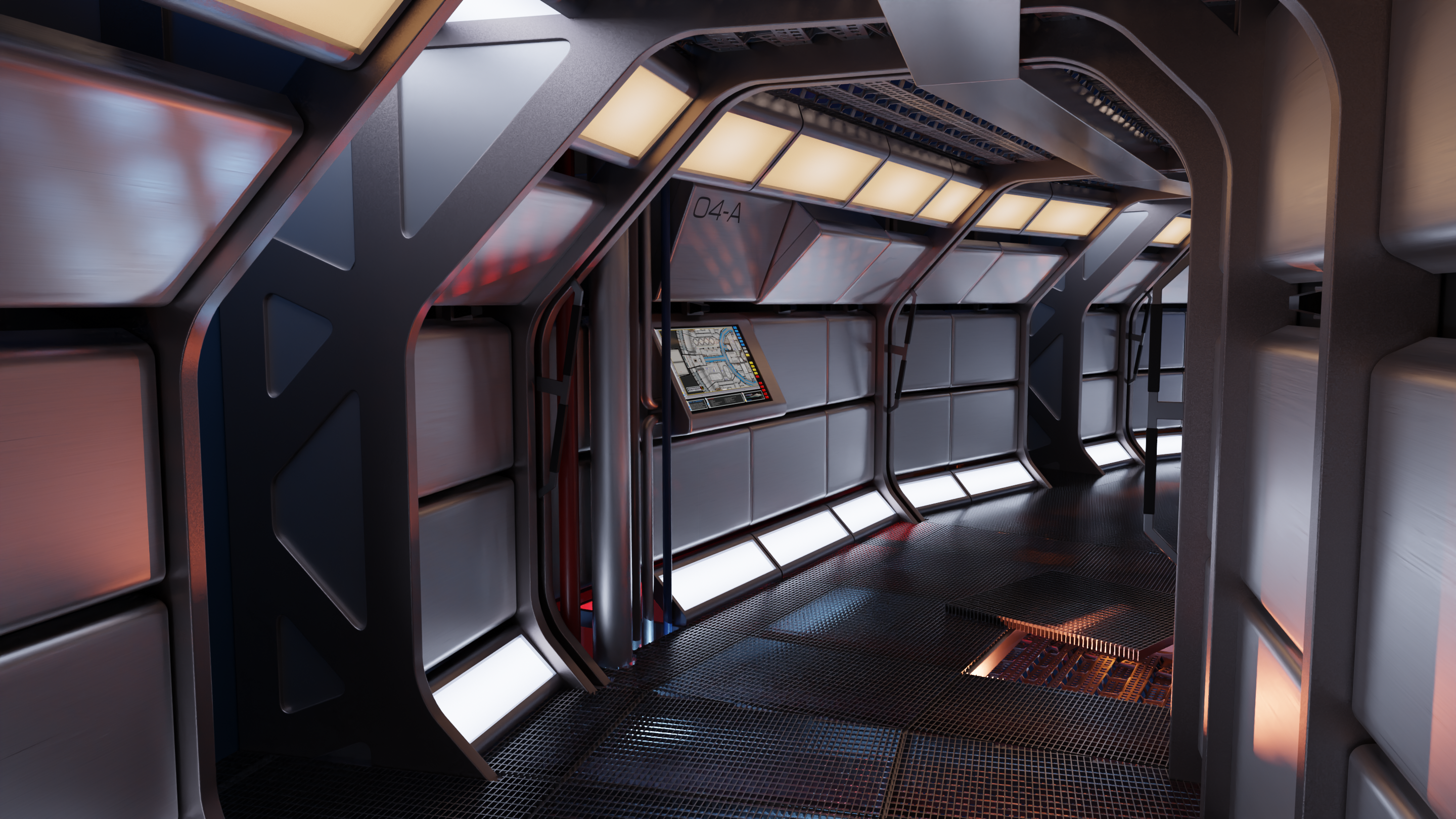 ---
Beginnings of Daedalus class interiors, starting with the basic corridor layout on the widest decks in the primary hull: 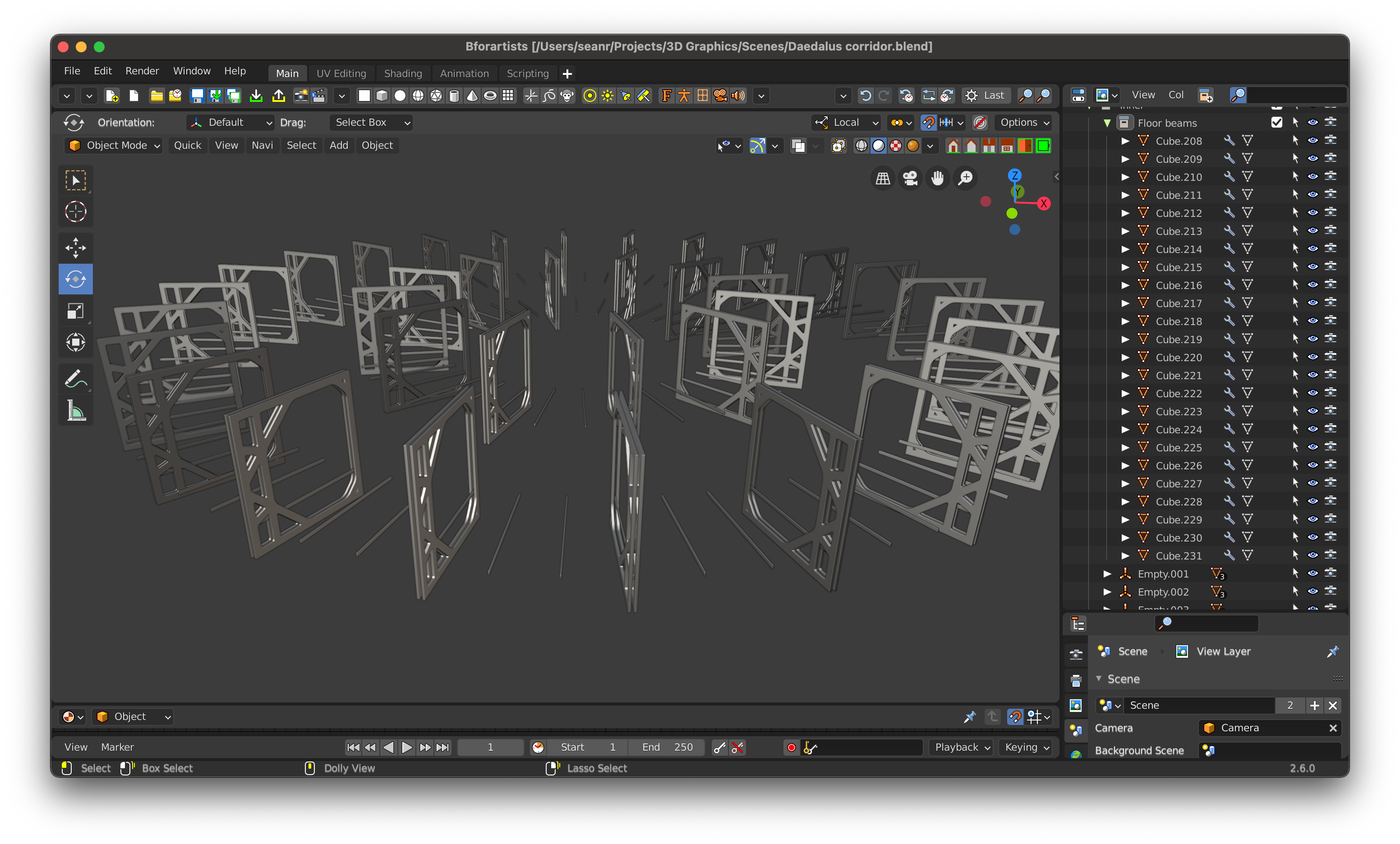 The frames are 9.5 feet tall. Other than some parts of the engineering section, there won't really be jeffries tubes in this thing - instead, all of that equipment will be under the deck grates (IIRC, there was a shot of something like that in Star Trek VI). I'm definitely going for an unrefined TMP feel to this, so it might almost feel like freighters could still be using this design right into that era.

I don't really plan to actually do a full deck layout, but I might do something akin to a Stage 9 layout as if they'd actually done a series around this class instead of whatever that nonsense was that NX-01 was.