here my last work: the gravotron device (antigrav engine) with a description. enjoy! 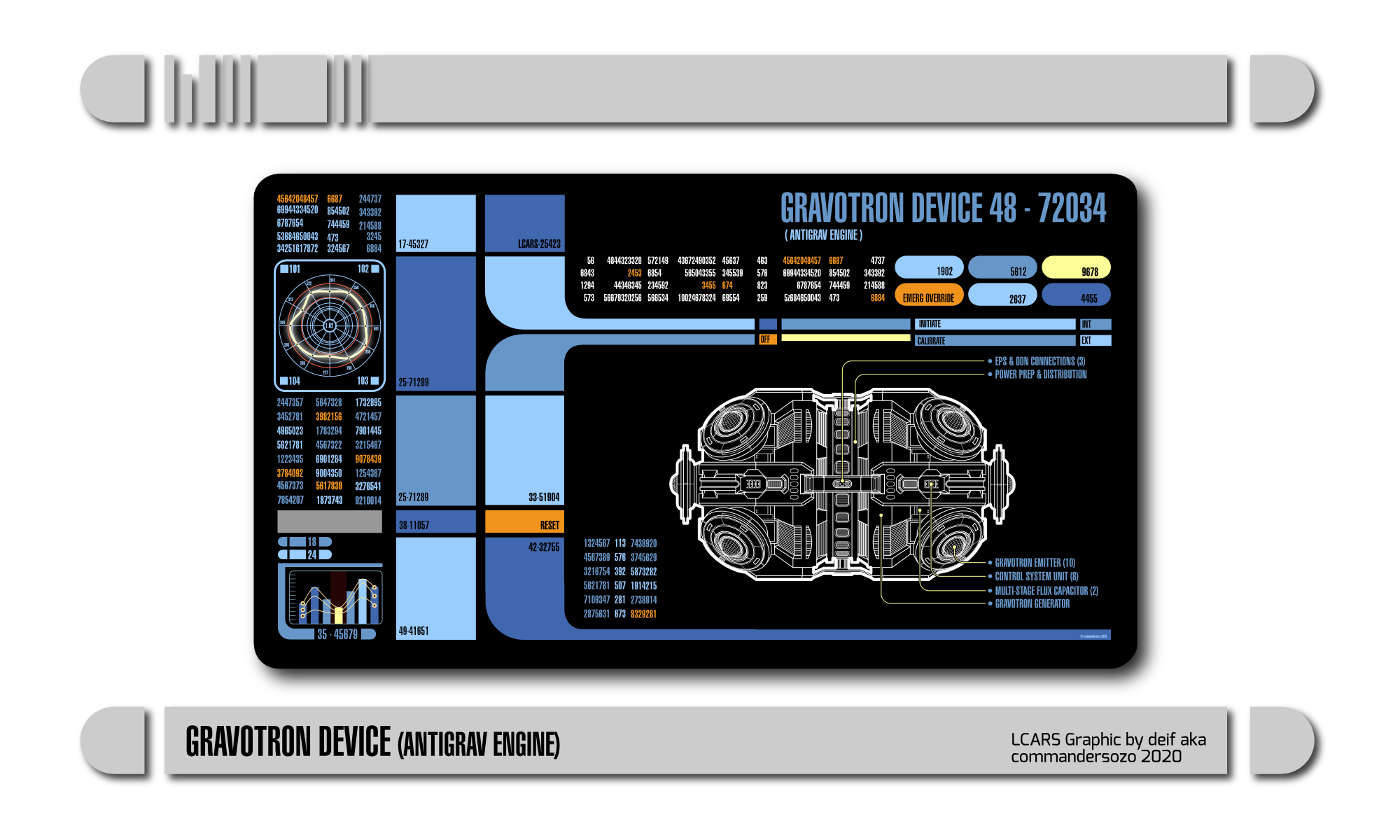 In the narrow technical sense, the term "antigravity engine" refers to the combination of several modes of applications of so-called non-Newtonian gravity, which was initially regarded as "graviton manipulation“. The combination of different systems results in an effect that ranges from "weight reduction" to "floating of the object" to the "drive function".

The antigravity engine is suitable as a primary drive source for small and compact objects (such as skimmers). As secondary propulsion it supports spacecraft especially for near surface and orbital operations.

A combination of both modes is used as gravity control on board of spacecrafts, as individual gravitators for the simulation of gravitational loads for inhabitants of extreme environments as well as in combination with impact fields as tractorbeams, deflector, damping and containment fields.
The further development of graviton field generation has led to very common field propulsion principles such as the Gravopulse and Gravotron propulsion.

The Gravotron consists of the generator unit and external emitters. The generator unit contains transformers for converting conventional energy support (EPS) into electromagnetic (EM) fields of very high frequency and charge density for use in the generator core. Here these fields are fed into multi-stage flux capacitors. The interaction of strong EM fields with a standing, coherent matter wave (a superconducting stator of thoroid-arkenid) creates the preliminary stage effect, which is implemented in the projector. This preliminary stage is called "structural flow“.

The structural flow is led to the emitters via suitable field tube conductors after the desired phase timing in the phase converter or polarity in the inverter. This process is characterized by a relative robustness.

In the external emitters the structural flow generates a graviton force field by induction whose effect and direction depends on the preceding clocking and polarity. The graviton field influences the natural gravitational effect, which is either deliberately weakened (gravodamping mode) or strengthened. Furthermore, in the Gravotron mode the direction of the resulting acceleration is turned. It now acts in the sense of a repulsive force against the center of an external graviton field.
The shape of the effective mass in the emitter creates the shape of the graviton field. A combination of the polarities via inverters provides a directional radiation and thus the controlability of the drive.