Hi everyone, I'm Alan, a.k.a. nixonshead (I used the name way back in my days on the Subspace Comms Network and it's kind of stuck). As you may have seen on Rekkert's Star Trek Interiors thread, he had started work on a commission for me to build one of the TNG concept bridges from Andrew Probert's early designs for the show. Unfortunately, Rekkert was unable to complete the bridge, but was kind enough to pass me the WIP meshes and some helpful models for set dressing that will let me continue the project. It's likely to be slow going, as I'm only able to work on this between other things, but I thought I'd stop lurking and start posting updates for those interested.
So, here are the first few updates. The main differences so far are a remodelled outer shell for the room. Rekkert made an excellent clean mesh for this complex shape, but I wanted to tweak a couple of things, and ended up re-doing the whole thing. I'll probably do one more version of this, as I'm still not fully happy with the curve where the viewscreen meets the wall, and I need to add the alcoves at the rear. I've also updated the wall materials to match Probert's orange felt-tip. It's now a carpet style material (a bridge on the bridge, carpet on the walls - this is an odd design!). I've also added some conference room chairs that Rekkert provided. 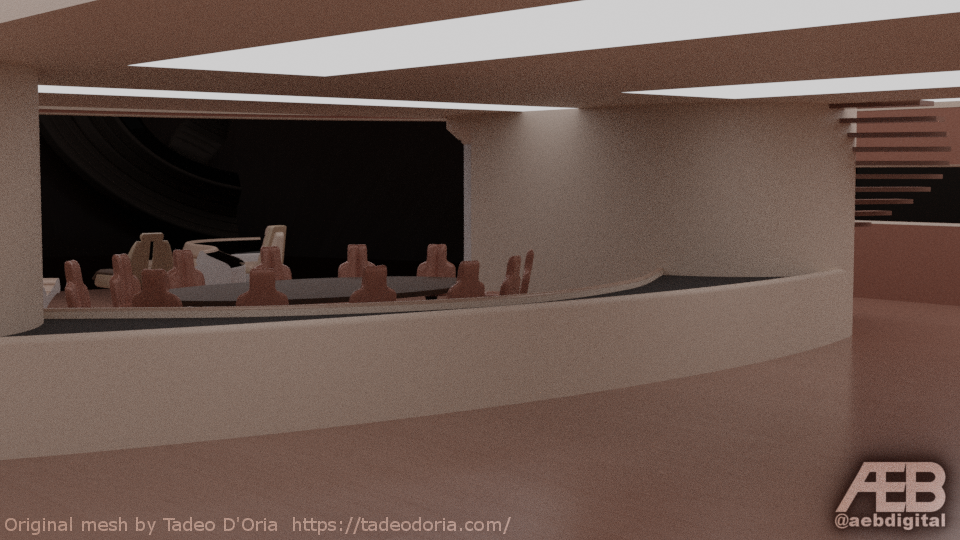 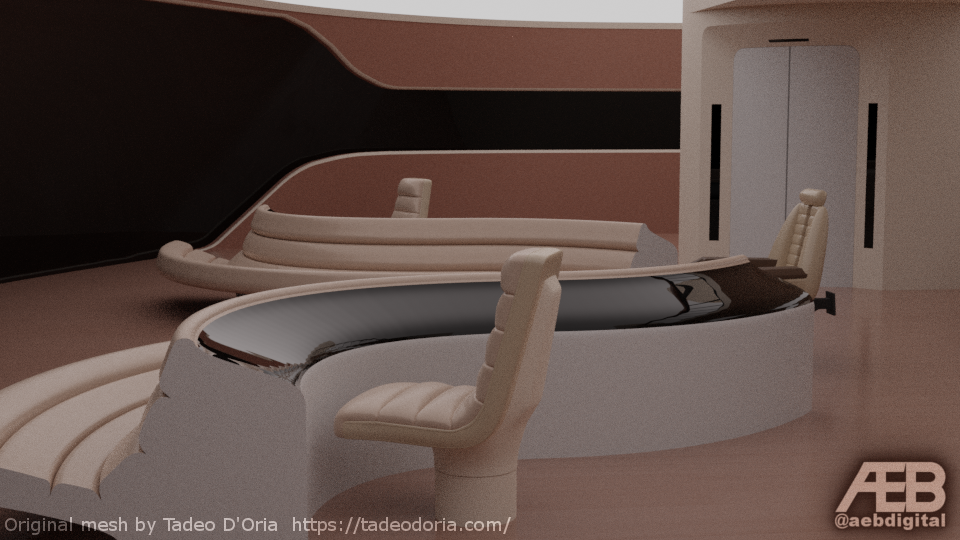 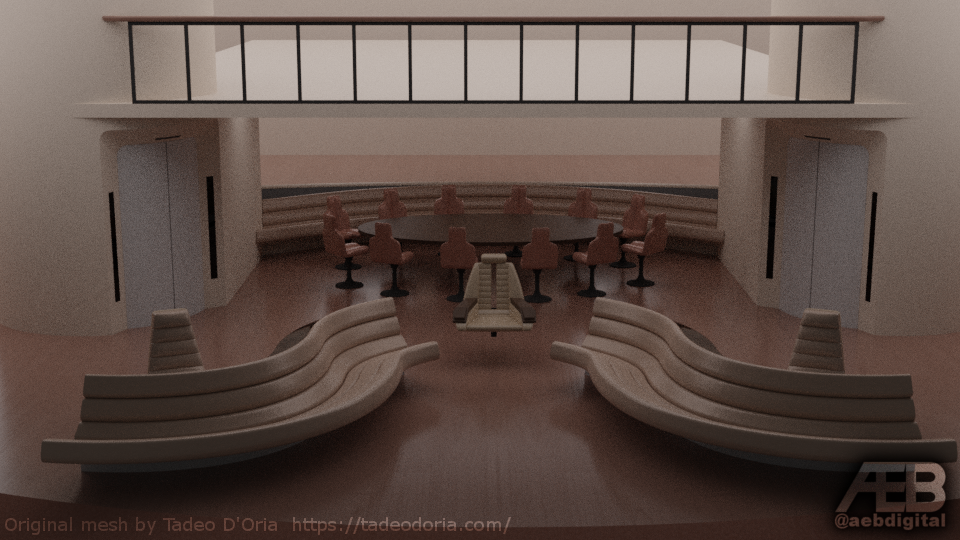 Next couple of images, I've re-done the curvy consoles (again, likely to be tweaked further or outright replaced), added some more details to the conference area, and updated some materials. 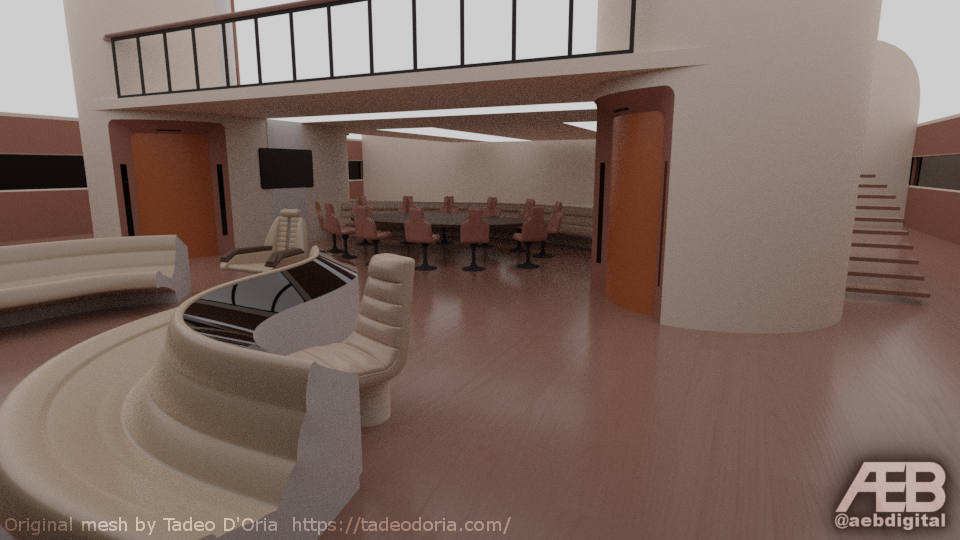 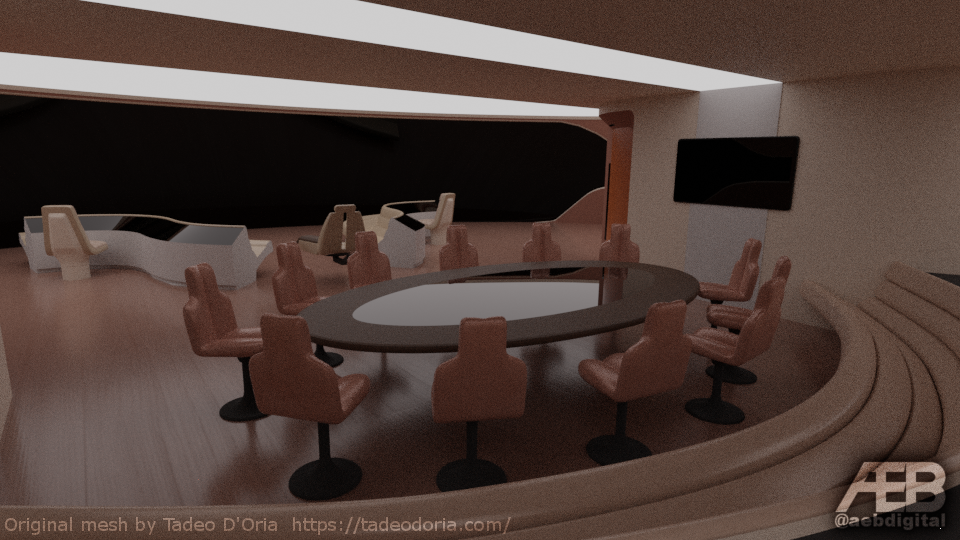