I mention I was working on something else, didn't I? I literally started this project yesterday to try out some new (to me) techniques. I've decided to create a 3D model of a ship, and I chose the Lancelot-Class from Ex-Astris-Scientia. My main objectives when starting were:

- To improve my UV mapping and texturing game (particularly the use of different maps for Albedo, Metalness, etc., something I've never properly done before)
- To challenge myself to be efficient, both in time and poly count. The objective here is mid-poly, kinda like a game asset that doesn't need to be seen super up close. Windows, hull lines, and other similar details are not modeled, but added via textures.
- To be able to work on something that I can then release to the public. This is impossible for me to do with interiors because if I release those I'd be out of a job pretty quickly (if the files are out there for people to kitbash new bridges, I wouldn't have much of a waiting list).

It might sound silly to some, but as a heavy advocate for open source software and methodologies, I do struggle with this last point, because I feel like I'm not practicing what I preach. So for this project I intend to release every single file once I finish each ship. That includes the .blend for the 3D model, the .png for the textures, and the .svg for the original, fully editable texture files.

So far I'm happy with what I've got, and with my adherence to those objectives. I've modeled and UV mapped the ship in 5 working hours, and I managed to create an Albedo, Metalness, Emissive, and Bump map for each texture I'm doing. The only major textures I haven't done yet are the nacelles, though other areas like the pylons and back end of the secondary hull still need more work. Plus I've left some details such as the floodlights for last, as I need to read up on how to properly do those with emissive maps.

Like I've said before, I started this whole thing yesterday, so I'm hopeful I'll be done with this ship by tomorrow. I'll certainly be working on more ships on the future, but expect this to be a sporadic thing, I don't intend on going on a spree and doing 20 ships back to back. 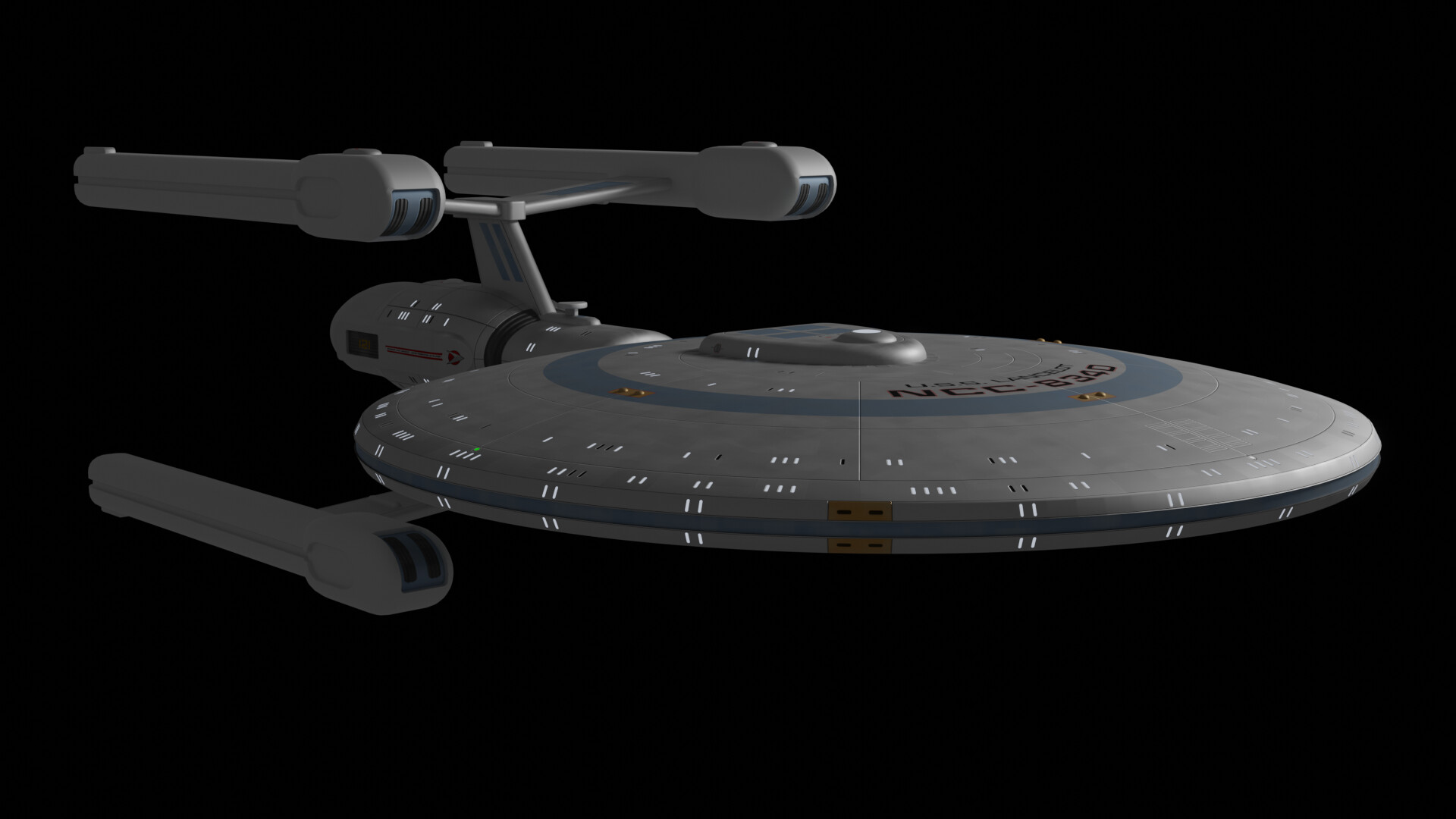 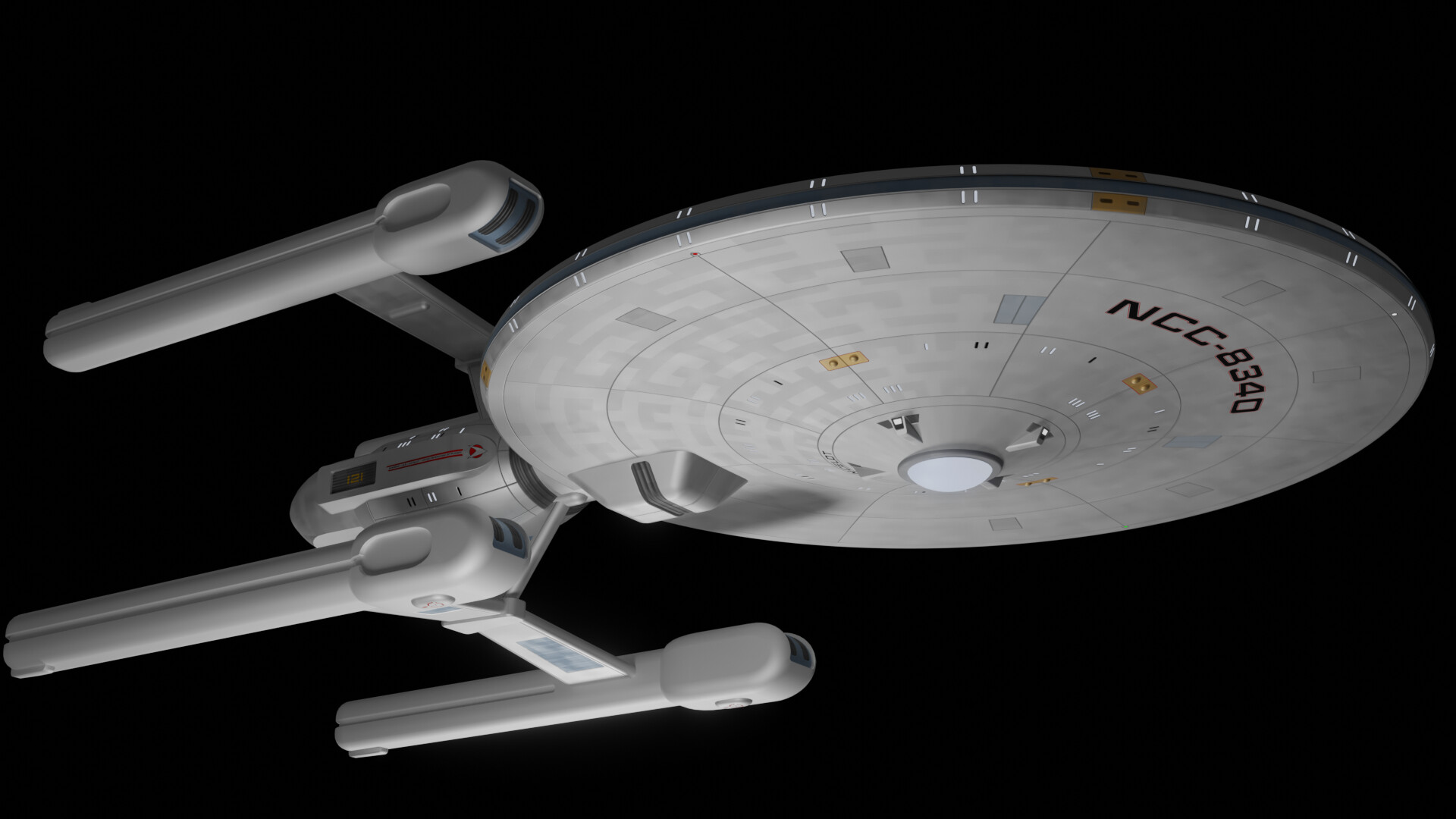 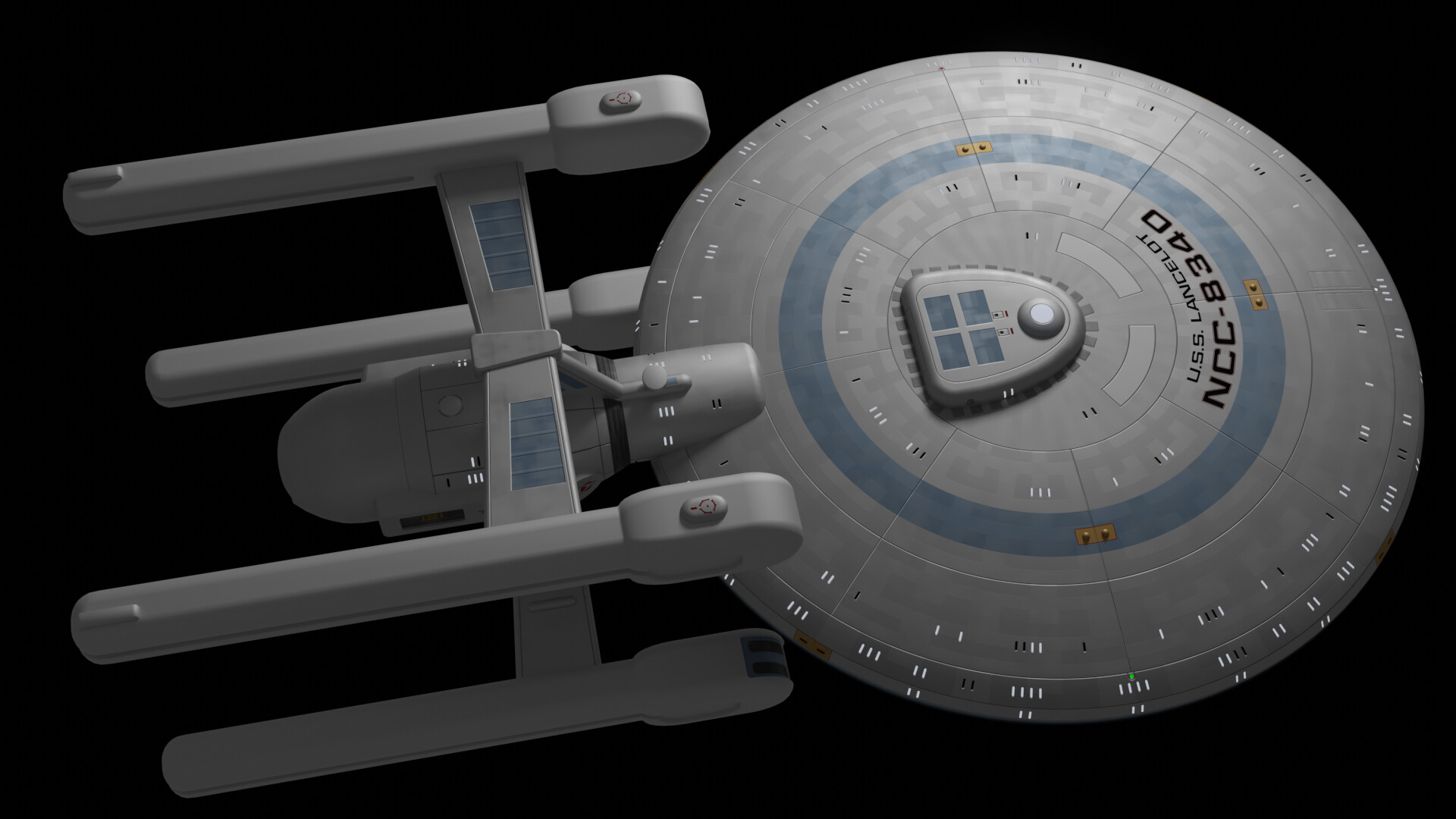 For my finished Trek bridges and other works of mine, visit my portfolio
Feel free to contact me if you're interested in commissions!​
Tagged: